Tell me how to propagate Forster’s plectrantus. A friend bought herself a bush with very beautiful variegated leaves. Since I love these plants, I immediately started asking for a “piece”. If we cut a twig, it will take? 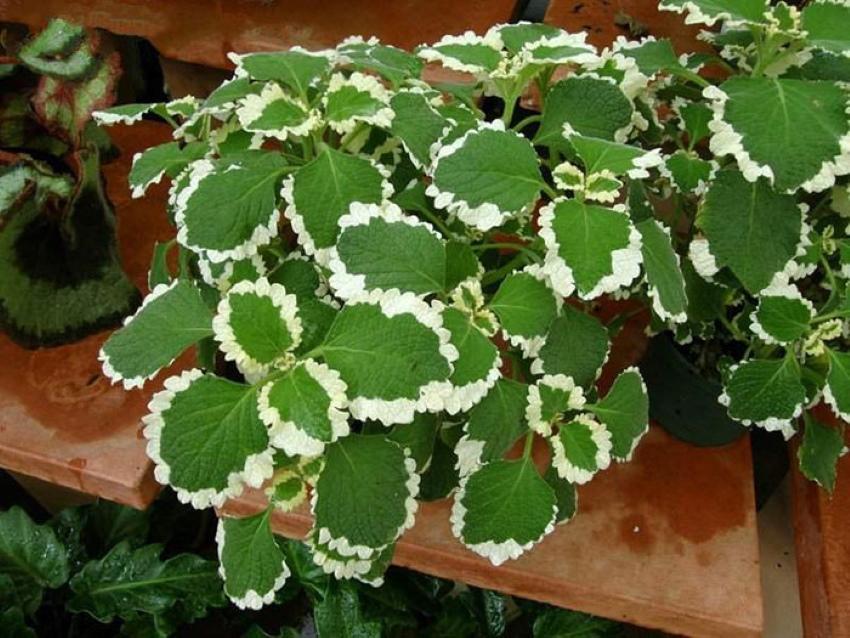 Long shoots of Forster’s plectranthus, densely covered with white and green leaves, will cover the pot with a variegated blanket. For its chic decorative appearance and persistent unpretentious nature, the plant is popular with flower growers. If you also decide to plant the windowsill with lush bushes, you should know how to propagate Forster’s plectrantus. But first, let’s get to know him better and find out why he liked him so much..

Description of the species

Herbaceous perennial is simply irreplaceable not only for growing at home. It is one of the fastest growing plectranthus, which allows it to be used as a seasonal garden plant. Planted in containers or tubs, it will decorate balconies or summer verandas. Forster will organically fit even into the flowerbed in front of the house, filling the empty space between tall flowers with a colorful carpet. Over the summer, the bushes are able to grow shoots more than 1 m long, while they feel good both in the house and on the street.

A distinctive feature of the species is not only persistent character, but also the original coloring. Ovate leaves, wrinkled and pleasant to the touch due to delicate pubescence, are decorated with irregular white spots. Most often they are located at the edge of the sheet plate, creating a semblance of a border. Although there are no less beautiful varieties with spots in the center of the leaf, and even completely covering some of them.

The graceful beauty is emphasized by the long flowering (almost 3 months), when small brushes with white-blue flowers slightly rise above the bush. However, during this period, the bush throws all its strength on the peduncles, and the variegation of the foliage becomes a little blurred.

Forster has several subclasses that differ in the intensity of variegation.. Among them, plectrantus are more often used in indoor floriculture:

How to propagate Forster’s plectrantus

At home, like all varieties, Forster is most often propagated vegetatively. The seed method is also possible, but due to the duration and troublesomeness, we will not consider it. 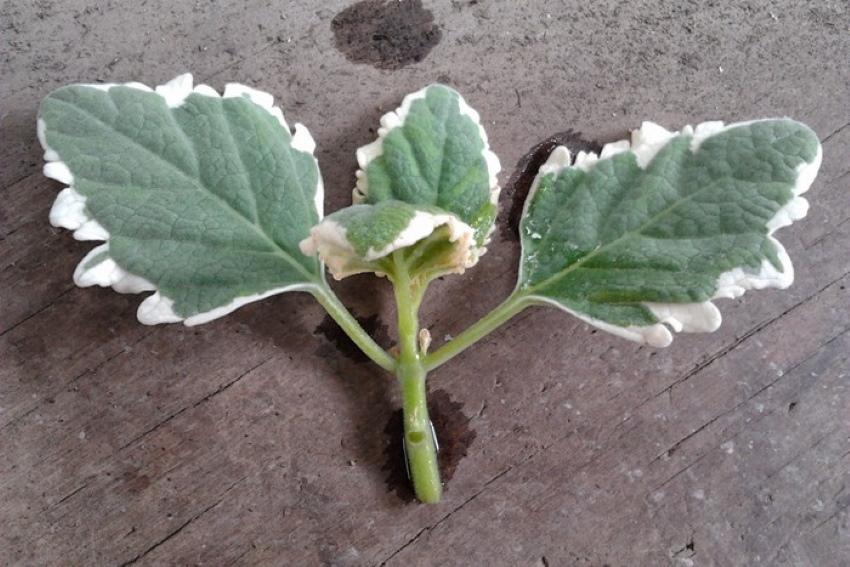 It is much easier and faster to grow plectrantus from cuttings, especially since cuttings can be cut from spring to the end of summer. But most often this is done in the spring, because over time, the lower part of the stems is exposed and the bush loses its splendor. There comes a great time to rejuvenate the old specimen by cutting off such branches. And the tops need to be put in water. After 2 weeks, roots will appear on them, and young plectrantus will be ready for planting in a pot. Also, adult bushes can be divided in spring and planted in separate flowerpots..

How to cut plectrantus – video