Is it possible to keep titimaloid pedilanthus in the house

Tell me, is it possible to keep titimaloid pedilanthus in the house? I bought a flower recently, and the other day a friend from afar was visiting. Seeing my pretty bush, she said that it should be immediately given to someone. Like, poisonous and even “muzhegon” in addition. I don’t really believe in omens, but what about the first, really, really? A cat constantly lives in the house, we have an apartment, I can’t move it out on the street, but it’s a pity to throw out the flower. 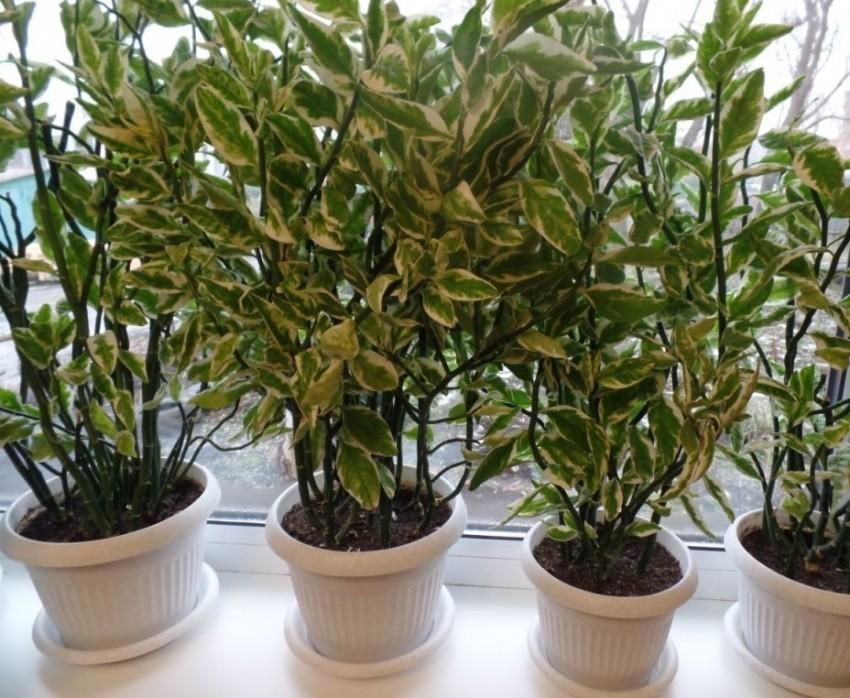 The shiny thick pedilanthus twigs covered with variegated leaves seem to be artificial at first glance. Many housewives are sure that there is no place for “lifeless” flowers in the room. Therefore, it is not surprising that they are extremely interested in whether it is possible to keep the titimaloid pedilanthus in the house. It is this type of plant that is most popular among flower growers. On the one hand, the bush has a very decorative look due to the original coloring of the leaves. In addition, it also blooms unusually. At the same time, there are many different signs associated with pedilanthus. Which one is true and is it really not suitable for home growing??

What is a plant 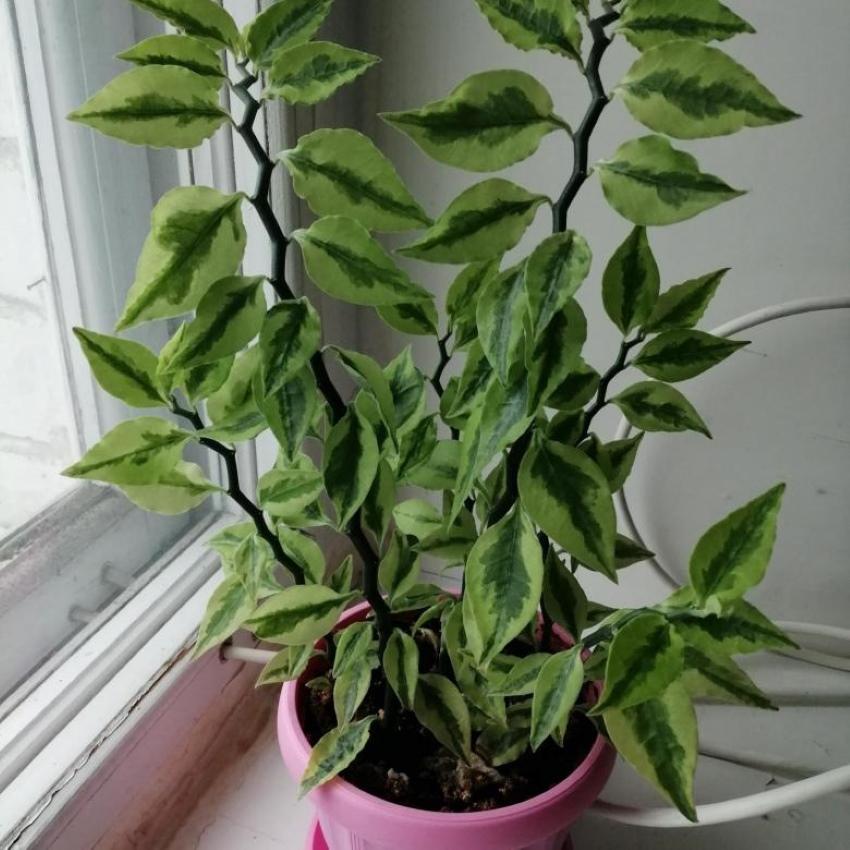 Originally from the Euphorbiaceae family, Pedilanthus is a completely unpretentious succulent. In nature, its titimaloid variety grows in tropical forests with a humid climate. But it is this representative of the species that is capable of adapting like no other. He feels good at home, and is loved by many flower growers. And there is a reason: the fleshy zigzag stems are beautiful in themselves, and glossy oval leaves are attached at each bend. Their main color is light green, but the white ragged edging gives a special charm. If the flower has enough light, the edging takes on a delicate pink tint.. 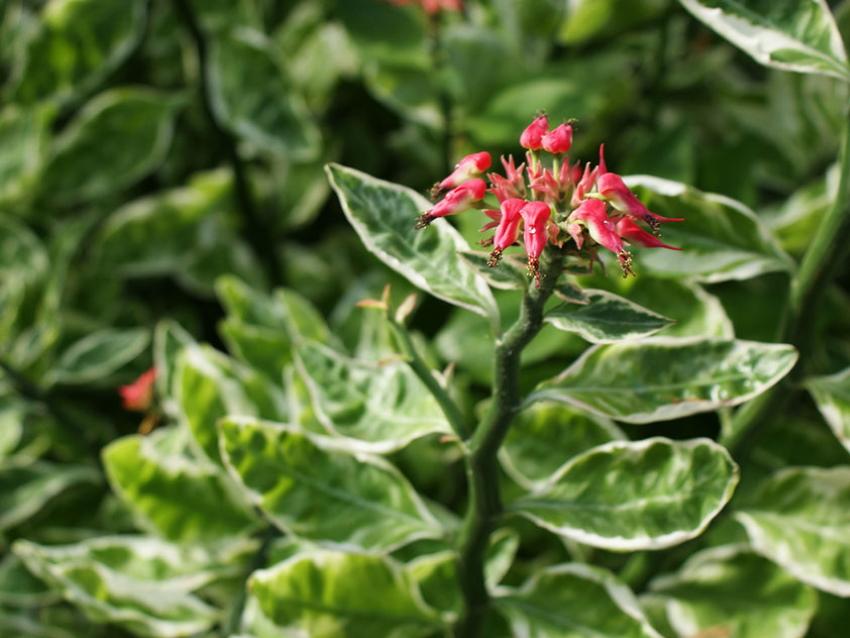 Pedilanthus blooms are no less colorful. Small red flowers are very similar to ladies’ classic shoes with a pointed toe. Moreover, there can be more than fifty of them on one bush..

Is it possible to keep titimaloid pedilanthus in the house

Considering that it is a succulent plant, growing a plant is not particularly difficult. Which adds one more plus sign in his favor. At the same time, do not forget that all euphorbiases secrete a milky poisonous juice. On contact with the skin, it causes at least a burning sensation, and in the presence of a wound, inflammation.

In no case should at least a piece of a leaf be allowed to enter the stomach – this is 100% poisoning. 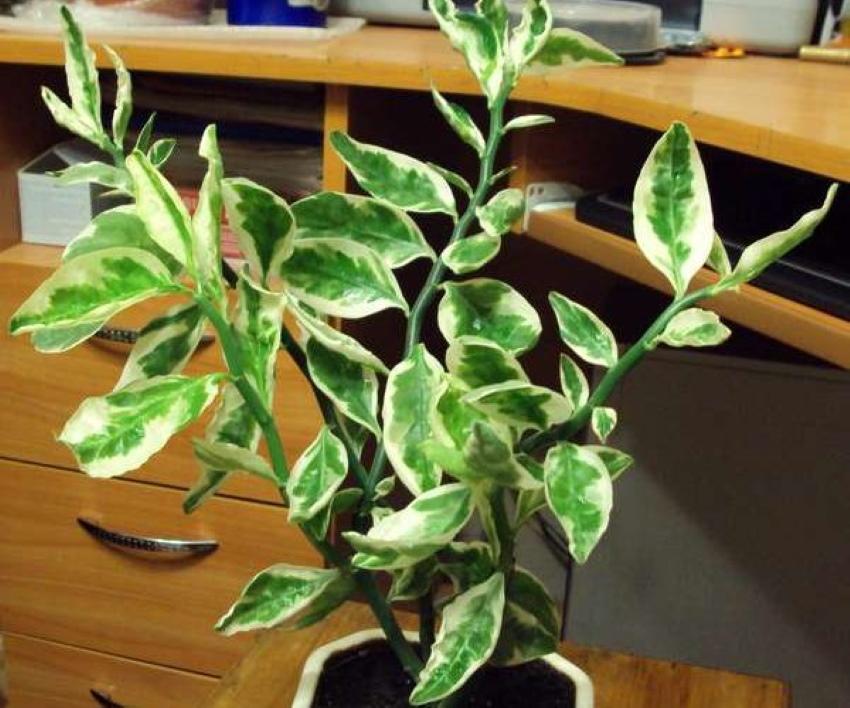 But not everything is so sad and the variegated bush has its own advantages, except for its appearance, because it is capable of:

Not without popular superstitions. Many people believe that a pedilanthus, taken as a gift, promises a good change. Some knowledgeable people assure that unmarried girls should stay away from him at all. The variegated bush does not tolerate male rivalry and will escort potential suitors.

Believe it or not, it’s up to you. One thing is for sure: it is impossible to keep a titimaloid pedilanthus in a children’s bedroom. Also, the plant should be placed higher if there are animals in the house so that they do not accidentally gnaw the leaves and get poisoned. Thus, taking care of the safety of all family members, it would be quite nice to have such a spectacular handsome man..