Reproduction of nephrolepis in all available ways

Tell us how nephrolepis multiplies. They gave me a young bush, and my friend, as she saw, wanted to herself. Asks for a scion, but how to get it? Looked like it was possible to divide the bush into parts. And my share does not disappear then or is there some other way? 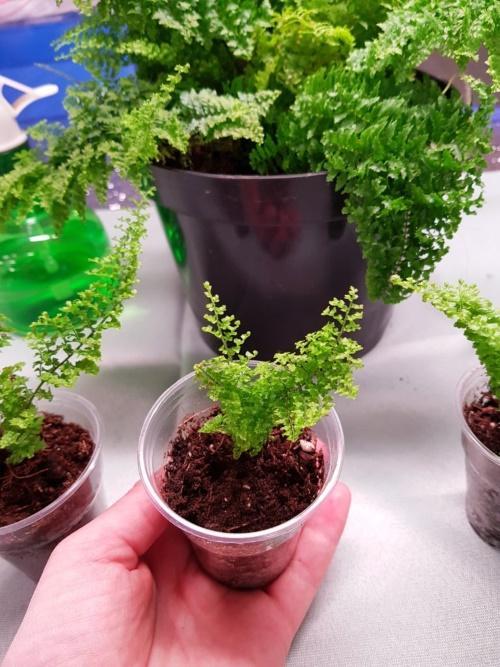 Luxurious dense foliage of ferns attracts the attention of many. This plant is grown both in gardens and at home, and it is not surprising that the question of how to propagate nephrolepis is of interest to many. A spectacular newcomer from distant subtropical forests has taken root in our climate. And its unique properties to purify the air and destroy microbes make the plant a welcome guest in our homes..

There are some features of fern reproduction, which are due to its structure. In some species of nephrolepis, the root system is presented in the form of tubers, but most of them have rhizomes. In addition, the bush produces long, thin shoots, which are also capable of producing a new plant. Do not forget about the spores that form on the back of the leaves..

Based on this, ferns can be propagated in the following ways:

Let’s talk about each method in more detail..

Reproduction of nephrolepis by dividing the bush and tubers 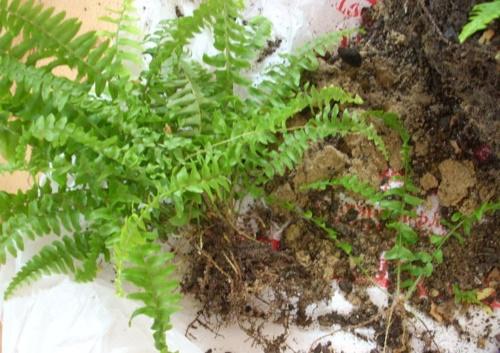 Without harm to the plant, only adult specimens can be divided, in which at least a dozen growth points have formed. It is better to do this in the spring, combining the procedure with a transplant. Each piece must be planted in a separate pot and covered with a plastic bag for the first time. Periodically, the bag should be removed, ventilating the nephrolepis.

Delenka will take root faster if it is not only watered, but also sprayed. 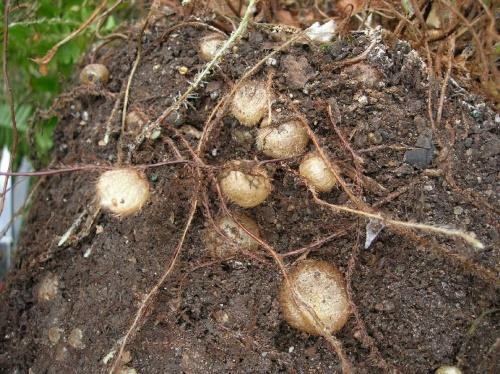 The division of tuberous ferns takes place in a similar way. Only instead of a rosette with a rhizome, an adult healthy tuber is used for reproduction.

Ferns obtained by dividing the bush and tubers retain all the varietal characteristics of the parent plant.

The subtleties of reproduction by spores 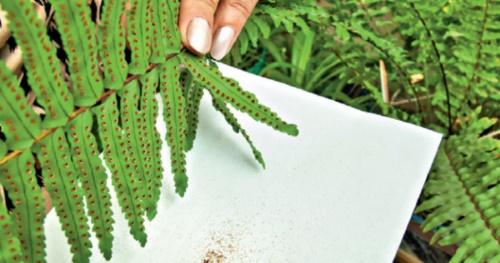 Spores act as seeds, so planting procedures are similar. To get planting material, you need to cut off the leaf on which the sori have formed in the spring. They are located on the back of the sheet and are clearly visible – these are brown protruding points. Then gently scrape them off with a spoon and dry a little. Sowing must be carried out in a peat substrate, after watering the soil abundantly and covering the pot with a bag.

High humidity is a prerequisite for spore germination. But they do not need lighting. Moreover, before the emergence of seedlings, the container with crops should stand in a dark place.. 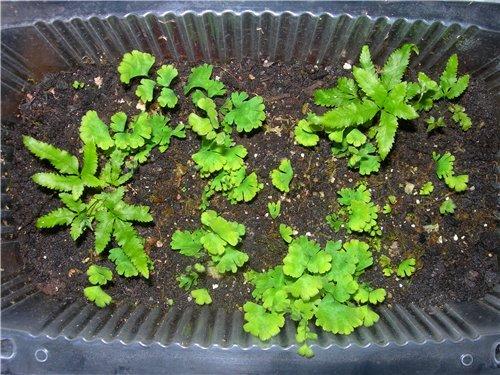 Further care for nephrolepis seedlings is not difficult:

Of the disadvantages of spore reproduction, it is worth noting the long growing process. In addition, some varieties are sterile and do not form spores..

How to propagate nephrolepis with a mustache 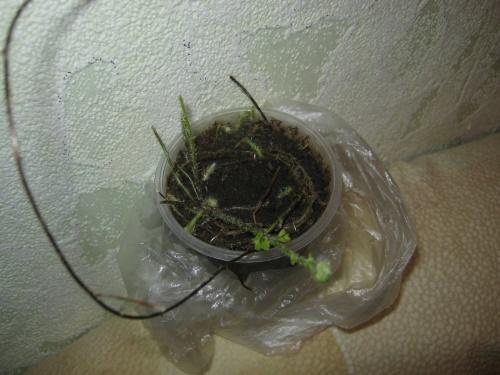 Shoots play the role of layering. They root initially without separating from the mother bush. You need to choose a thin long twig without leaves and prepare an additional small pot. The soil should be light (the main component is deciduous soil, diluted with sand and peat). Then press the middle of the shoot to the surface of the soil and fix it with a piece of wire or a paper clip. When the layering forms the leaves, it can be separated..