A few words about planting and caring for climbing roses

My husband gave me a birthday present and built a small gazebo. I want to plant climbing roses near her. Tell me how to properly plant and care for climbing roses? 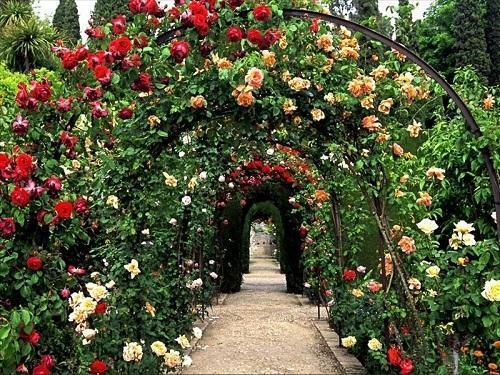 Curly roses grow on almost every site, because they not only look beautiful, but can also ennoble even the most unsightly corner, be it an outbuilding or an old fence. What can we say about the gazebos, covered with fragrant multi-colored shrubs – on hot summer evenings it is so pleasant to spend time in them, enjoying the view and inhaling a subtle scent.

Planting climbing roses and caring for them, in principle, do not require special, special knowledge, but some nuances still need to be taken into account.

Where and when is it better to plant roses

Roses love good lighting, they then grow quickly and bloom actively, so the best place for a shrub would be the southwestern part of the garden or courtyard. But it is desirable that the sun does not illuminate the area all day, since with prolonged exposure to the rays, the leaves and inflorescences can dry out and lose their color.

You can not plant plants on the corner of the house, where there are drafts, and in marshy areas.. 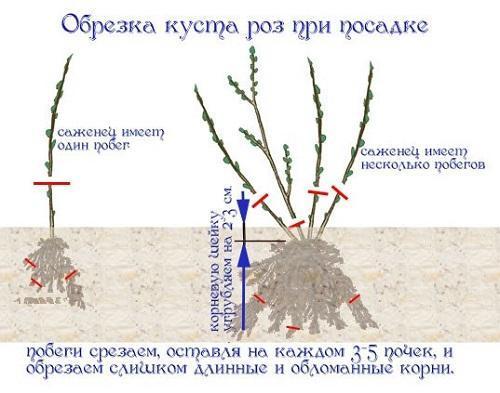 Purchased roses with an open root system should be placed in water for a day. Before planting, remove the leaves, buds below the grafting site, and also cut the roots and the seedling itself, leaving about 30 cm.Treat the cut points on the roots with a solution of copper sulfate.

How to properly plant a climbing rose 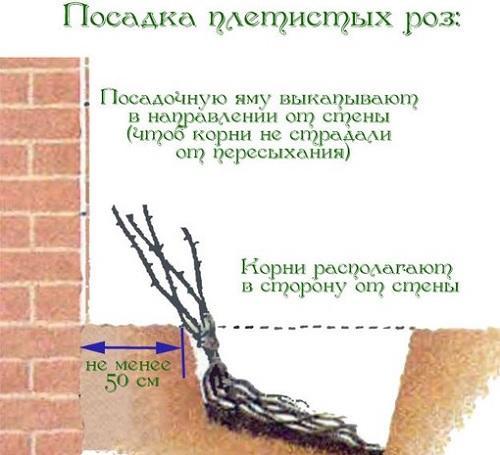 The landing site must be prepared in advance:

A planting hole should be dug 50 * 50 cm in size. When planting bushes in rows between them, you must leave a distance of at least 1.5 m and the same amount in the aisles. If climbing roses are planted near a fence or a wall, you need to retreat 50 cm.The same distance should be before the support when planting at the gazebo.

The rose grafting site should be deepened into the soil by 10 cm.

Place the seedling in the prepared planting hole, spread the roots and sprinkle it halfway with soil. Then water the rose well and add the required amount of soil. After planting, spud or surround with spruce branches. 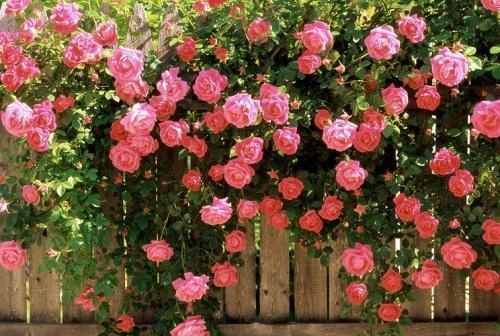