Determine the time to cook the beets until cooked

Tell the time to boil the beets until cooked. I don’t know what it depends on, but each time such a procedure takes me half an hour, sometimes more than two. Okay, if a large fruit is caught, at least some logic is present. But just yesterday I was preparing vegetables for a vinaigrette and one root vegetable remained firm. True, my husband and I took turns running to the stove: I will screw it on a small fire, and he will add, says that he is not boiling. Maybe it somehow influenced. 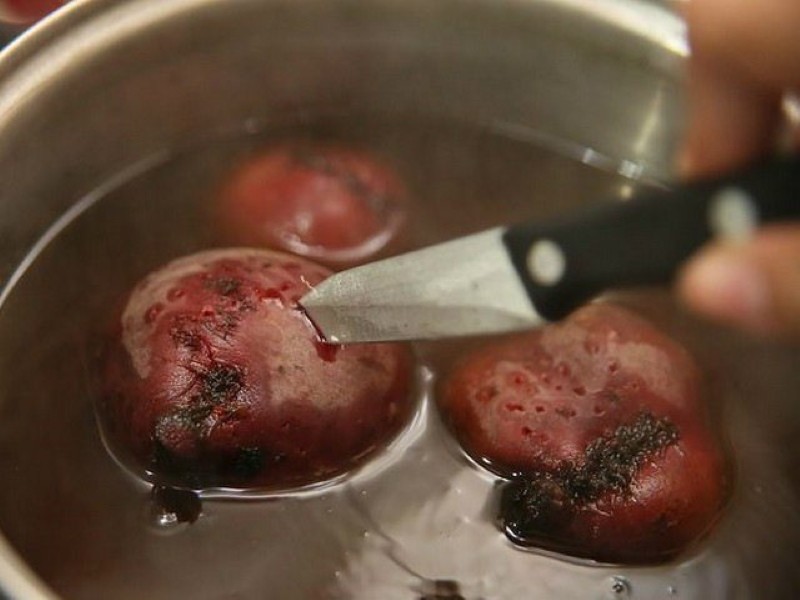 Vegetable salads are not only tasty, but also quite hearty and healthy dishes. Of course, the maximum benefit will be from fresh vegetables, but sometimes you can cook boiled ones. It is no secret that beets are cooked the longest due to their dense structure, so the time to cook beets until cooked should be taken into account if dinner needs to be done quickly. And above all, it depends on how you will cook this healthy vegetable..

How can you cook beets 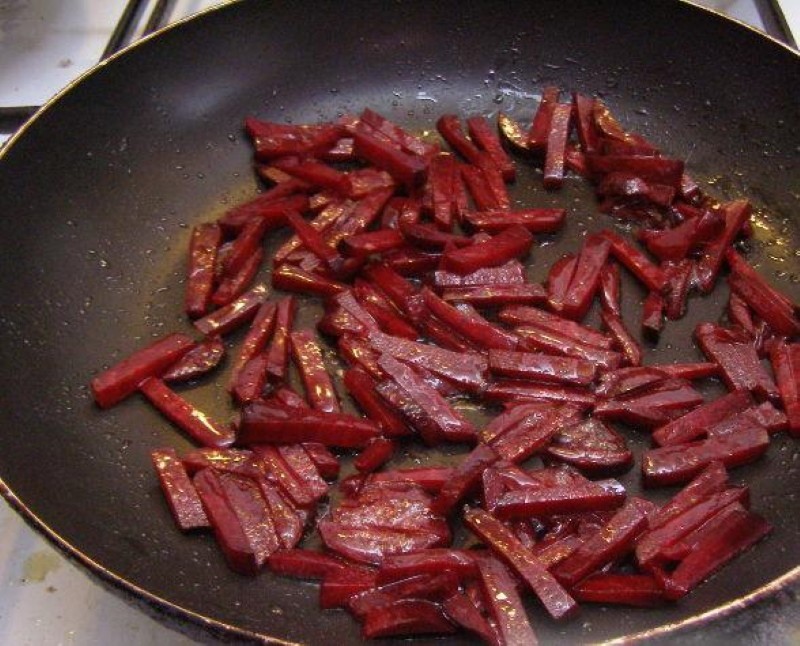 The fastest way is to grind and stew in a small amount of sunflower oil in a slow cooker or in a frying pan. Cut the beets, previously washed and peeled, into strips. Or grate. Then you can eat it just like that or use it for borscht or salad.

Such methods of heat treatment will take more time:

For whole vegetables, choose small root vegetables that have thin skin. They will cook or bake faster, which means they will lose less nutrients. The most popular variety for preparing salads, first and second courses is Bordeaux beets. She is rich in color and sweet.

Time to cook beets until cooked 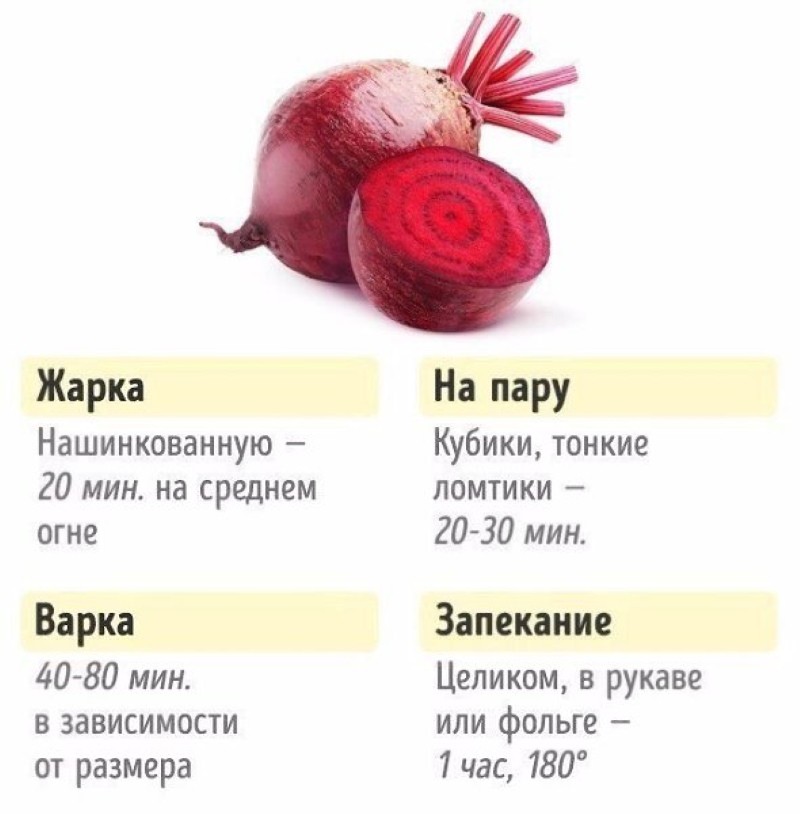 So, depending on how and where you decide to heat the fruit, you will need to cook it:

How to quickly boil beets