Tell me if an aquilegia transplant is needed, and when is it better to carry it out? Many bushes with purple flowers grow in the country. They have been living in the garden for a long time, about five years, if not more. Nobody was busy with plants, somehow there was not enough time. Last year I retired and now I have the opportunity to finally take up the dacha. The turn came to aquilegia, I look, but she almost did not give flower stalks. The bush is huge, the middle has even begun to disintegrate, and does not bloom. Probably, he became old, and it’s time to rejuvenate. Can be planted in spring or better wait for autumn? 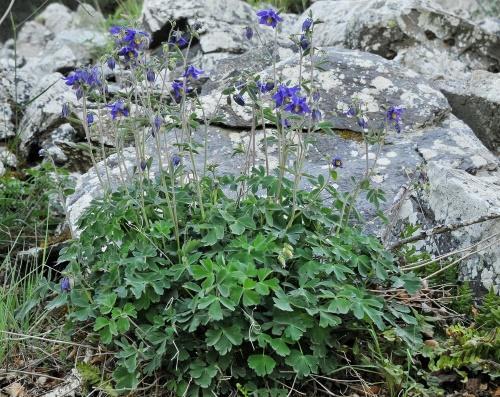 The flowering of the aquilegia is simple yet charming. Large bells on high peduncles proudly rise almost all summer over a dense rosette of carved leaves. An unpretentious catchment can grow on its own, however, over time, an aquilegia transplant is necessary. If your bushes are more than 5 years old, you probably noticed that they have become loose, have lost their former shape and almost do not bloom. With age, the previously dense rosette begins to fall apart, the middle of the bush dies off, giving way to a young daughter aquilegia. In addition, the rhizome protrudes in older specimens. In order for the plant to remain attractive, it must be transplanted, while doing it on time and correctly..

When is it better to replant the catchment 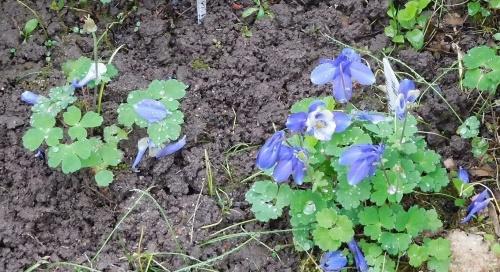 You can start transplanting in early spring, as soon as young twigs begin to break through from the ground. It is also possible to carry out this procedure in early autumn. In the latter case, the plants must have time before the onset of frost to take root. Transplanting too late will only ruin the catchment. The bushes will not have time to get stronger and grow new roots. They will not survive the winter.

It is better to replant young bushes that are no more than 3 years old. Older specimens form a long taproot. Such plants are very difficult to dig up without damaging it.. 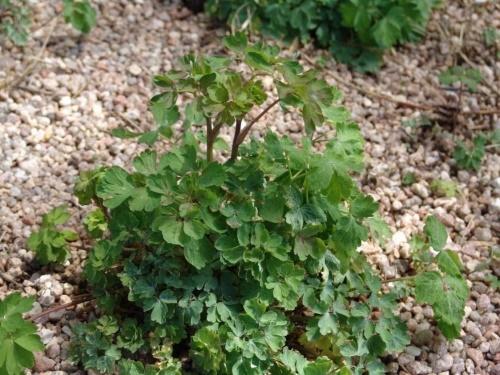 The main thing to consider is that you should not dig under the bush itself, but around it. Having dug in the aquilegia, you need to lift it with an earthen clod and carefully get the plant out. Then divide it into divisions and plant them in a new place..

Regarding the old aquilegia, which is more than 6 years old, you can go in two ways:

As you can see, the long-term “character” of the catchment area is rather arbitrary. Of course, the plant will grow leaves, but over time it will begin to move around the site. Too old specimens will die off, leaving self-seeding or daughter sockets instead. Timely transplanting will help control aquilegia, maintain its decorative appearance and annual flowering.

Secrets of growing aquilegia in the garden – video