It turns out that hibiscus can also be edible – okra, useful properties and contraindications

It would be interesting to know what kind of plant is okra, useful properties and contraindications of this culture. What do they do with it – is it used to make tinctures, or is okra edible? I bought a bag of seeds, thinking that this is a common ornamental plant. It blooms really beautifully, but after flowering some pods appeared. I read that they are very good for the stomach. 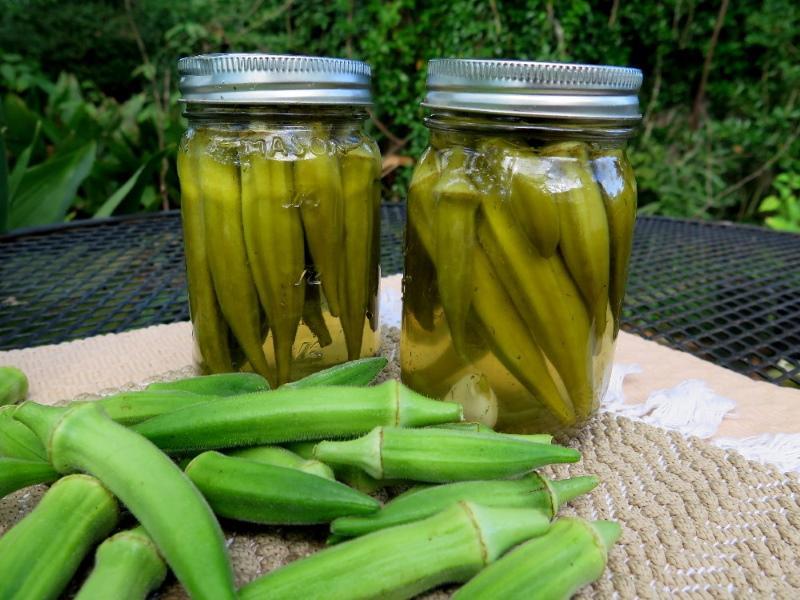 This amazing plant can be considered both a flower and a vegetable at the same time. The culture has beautiful leaves and large inflorescences, as well as edible fruits, and even roots can be used for medicinal tinctures. Okra, the useful properties and contraindications of which are not yet particularly known in our country, is widespread in eastern countries. It is there, in a warm climate, that it is massively grown, and for a long time. In Indian and Asian cuisines, okra is commonly used both fresh and cooked. In Russia, only a few plants are grown, mainly in the Krasnodar Territory, since it is very thermophilic. 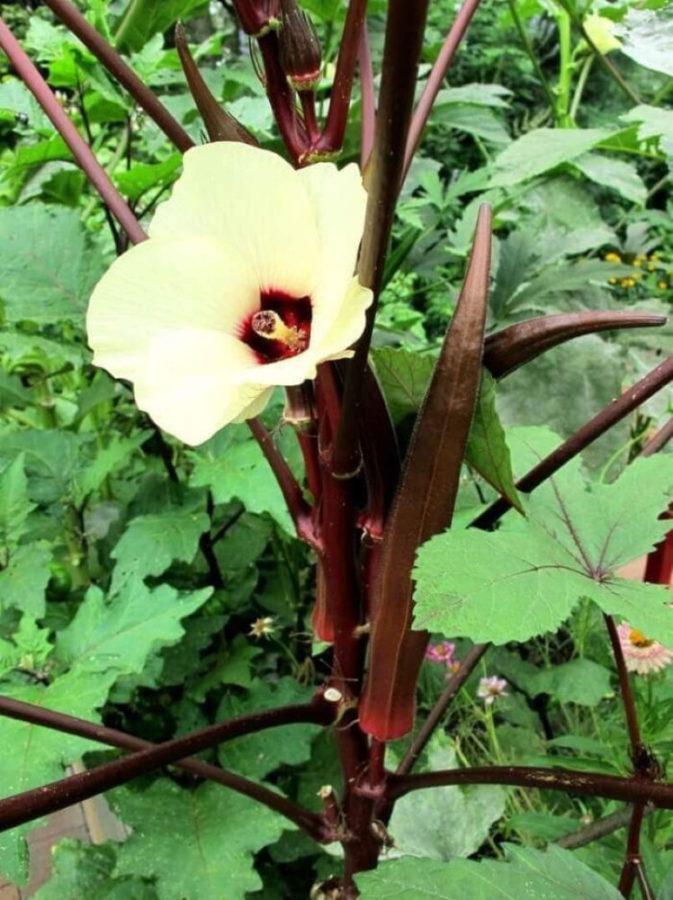 It is not for nothing that it is called edible hibiscus, because okra belongs to the mallow family. It grows in a small bush with a maximum height of 50 cm, the leaves are large, shaped like maple. And the flowers of okra are almost the same as those of mallow and hibiscus. They are large, beautiful, often lemon or cream in color with a dark spot at the base of the petals..

At the end of flowering, the fruits are tied – small pods, like those of pepper, but with ribbed edges and a pointed tip. Thanks to these ribs, in the cut, the fruit looks like an asterisk, inside which there are white seeds. It is these pods that are used for food: they are added to salads, fried, stewed. They have an interesting taste, something between zucchini, asparagus and eggplant..

Only young fruits, which are no more than 5 days old, are eaten. Older pods become tough and not tasty. However, if the seeds are allowed to ripen in them, they can be used to make coffee or oil.. 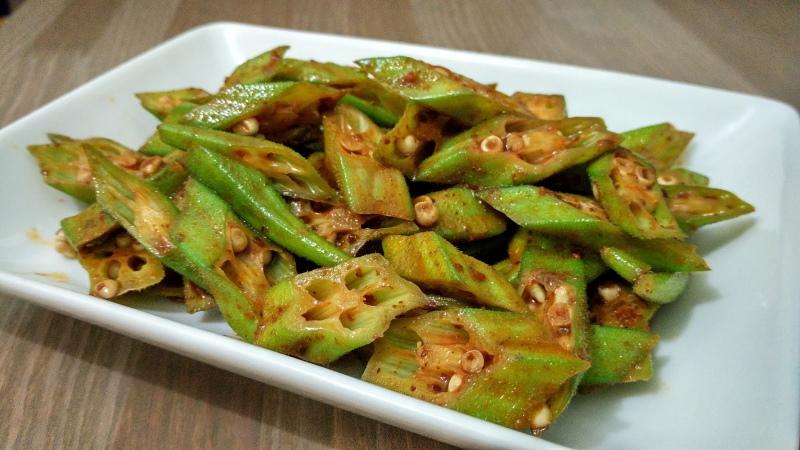 The green fruits of okra contain a lot of useful substances. Therefore, their use has a positive effect, primarily for the digestive system and not only. At the same time, the pods have a small calorie content (33 kcal), but there are quite a lot of carbohydrates (almost 78%). They are also rich in vitamins, among which vitamin K is the leader, as well as in minerals. Most okra contains folic acid, manganese, magnesium and potassium.

In addition, the fruits are used for the preparation of medicinal decoctions. Okra roots are also suitable for the same purposes..

What happens to the body as a result of eating fruits 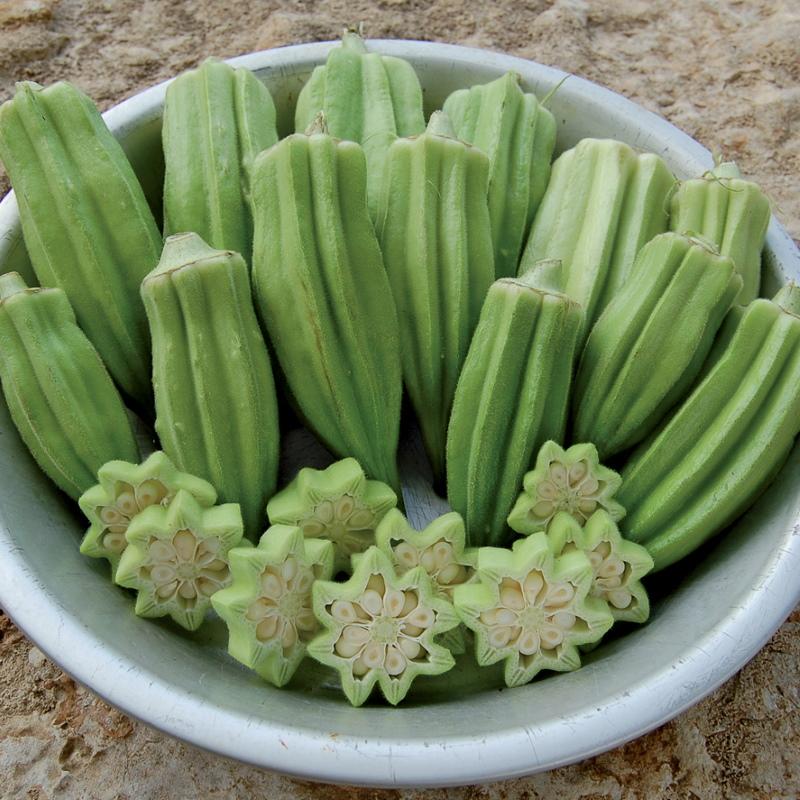 If you regularly eat okra or take medicinal decoctions from it, you can:

The use of okra is a prophylaxis against cancer due to the content of glutathione in it..

As for contraindications, okra does not have them. The only thing to consider is that the fruits themselves are covered with fine hairs. They can cause an allergic reaction. And, of course, moderation must be observed when consumed in food. Eating a lot of pods can cause diarrhea or constipation.

The healing properties of okra