Tell me how you can replace sweet potatoes in dishes? In general, is there a vegetable that tastes similar, is healthy, and is absorbed slowly? A friend offered to go on a diet with her, so to speak, in order to prepare the figure for the summer. I must say that everything is fine with her, but it certainly doesn’t bother me to lose a couple of kilograms. In the menu that she found somewhere, there are many dishes with sweet potatoes, and the first and second, and side dishes. However, in our stores it is not, and if they do, then the price is simply fantastic. What can be used instead? 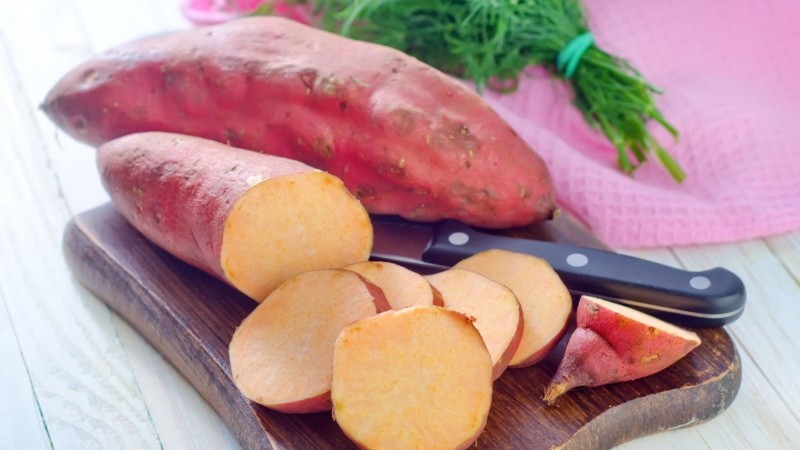 If potatoes are grown by almost everyone, then a root crop similar to it in its appearance called “sweet potato” is a rather rare crop in our latitudes. You can meet this heat-loving plant only in the south, and residents of colder regions have to think about how to replace the sweet potato in the recipe. Delicious sweet fruits are very healthy, but they may not grow everywhere. Of course, in supermarkets you can buy not only sweet potatoes, but also many other vegetables and fruits that are unusual for us. But the price of such vitamins really bites, and it is expensive to buy them every day. Don’t be discouraged if you decide to diversify your diet, but haven’t found a sweet potato. Among the garden crops we are used to, there are those that can easily replace expensive sweet potatoes..

What is sweet potato

For the appearance of the fruit, the sweet potato is called “sweet potato”, but it has nothing more to do with it. In fact, it is a perennial herbaceous vine from the bindweed family. Its height is less than 20 cm, but the whips are very long, up to 5 m. Liana is grown mainly in a tropical humid climate, harvesting – overgrown and thickened edible lateral roots. They look very similar to potato tubers, but longer. 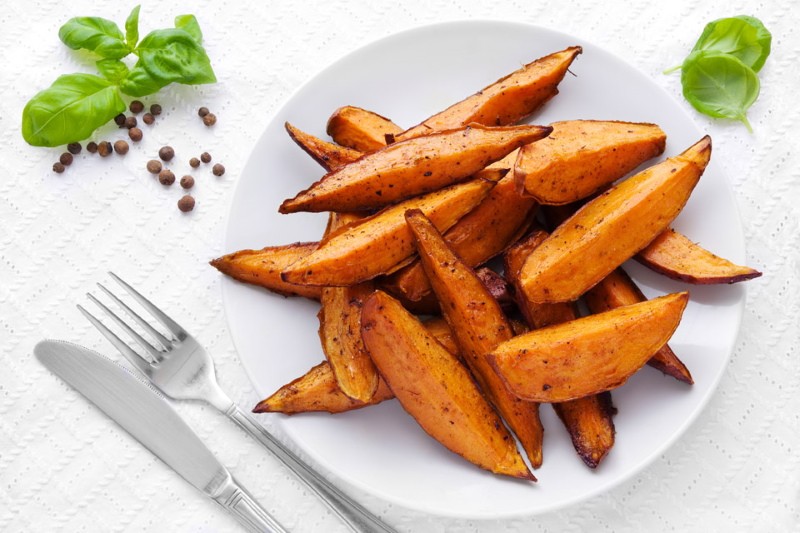 There are many varieties of sweet potatoes, which are divided into 3 groups:

In cooking, they use vegetable and dessert varieties with juicy pulp of pink, orange or red. The former have a slightly sweet taste, while the latter have a rich, one might say, even sugary taste. There are types of sweet potatoes with melon or banana flavor.

What can replace sweet potatoes 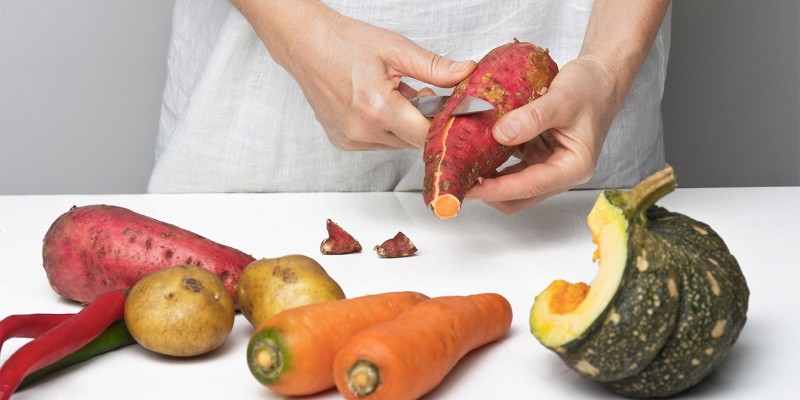 The main advantages of sweet potatoes, which distinguish it from our ordinary potatoes, are sweet taste and richness of nutrients. But the most important advantage is the low glycemic index. Thanks to it, the sweet potato is slowly absorbed by the body, and for a long time it gives a feeling of satiety due to the high amount of fiber. Potatoes are digested many times faster, especially in the form of mashed potatoes. This is important for people suffering from diabetes mellitus, because the higher the GI, the faster and sharper it will raise blood glucose levels..

If we are talking about foods with the same glycemic index, then instead of sweet potatoes, you can include in the diet:

In terms of the content of vitamins, sweet potato easily bypasses our beloved, also sweet and orange, pumpkin. It makes excellent cereals and desserts, and the taste is almost the same as that of sweet potato. A similar chemical composition is found in beets and carrots. They can be used instead of sweet potatoes for preparing first and second courses, as well as salads, both fresh and boiled..

Sweet potatoes, potatoes and turnips – which is healthier