What species are Crispin F1 cucumbers, is it possible to grow this variety outdoors? Last year I planted others, there were many inflorescences, but almost no ovary was formed, some barren flowers. I read that there are varieties that do not need pollination, and they are always productive. Crispina belongs to them and can it be preserved? 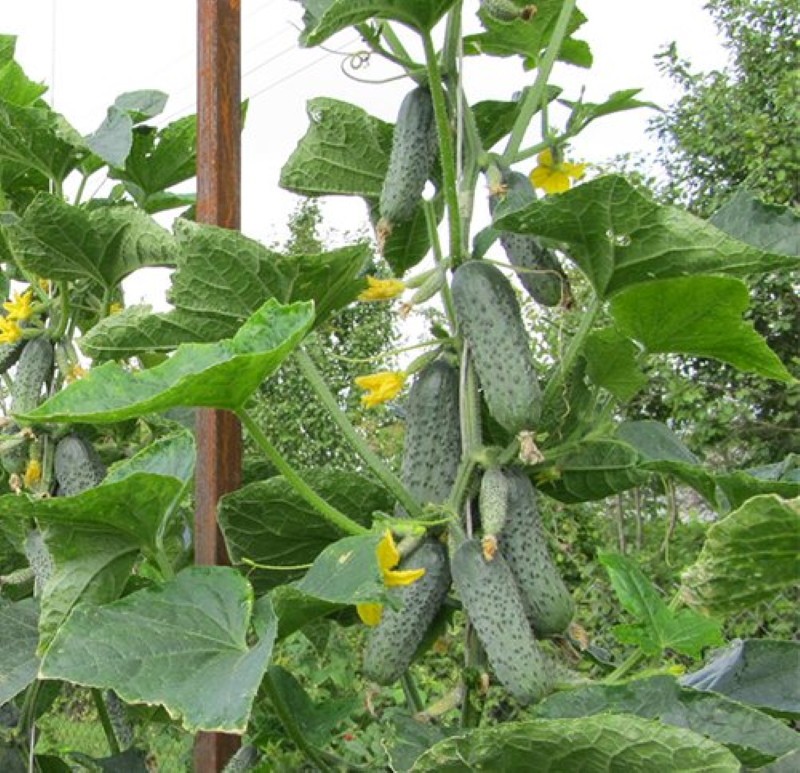 When planning to plant cucumbers, we are looking for fruitful varieties that would be resistant to diseases and temperature changes. And, of course, they were very tasty and preferably versatile, with small and not bitter greens, which are very convenient to put in jars and canning. Crispin F1 cucumbers, the cultivation of which will not cause unnecessary trouble, meet all of the above requirements. This Dutch hybrid will satisfy any summer resident. And thanks to its unpretentiousness, it can be planted both in small areas for personal use, and in greenhouses for sale..

Description and features of the variety 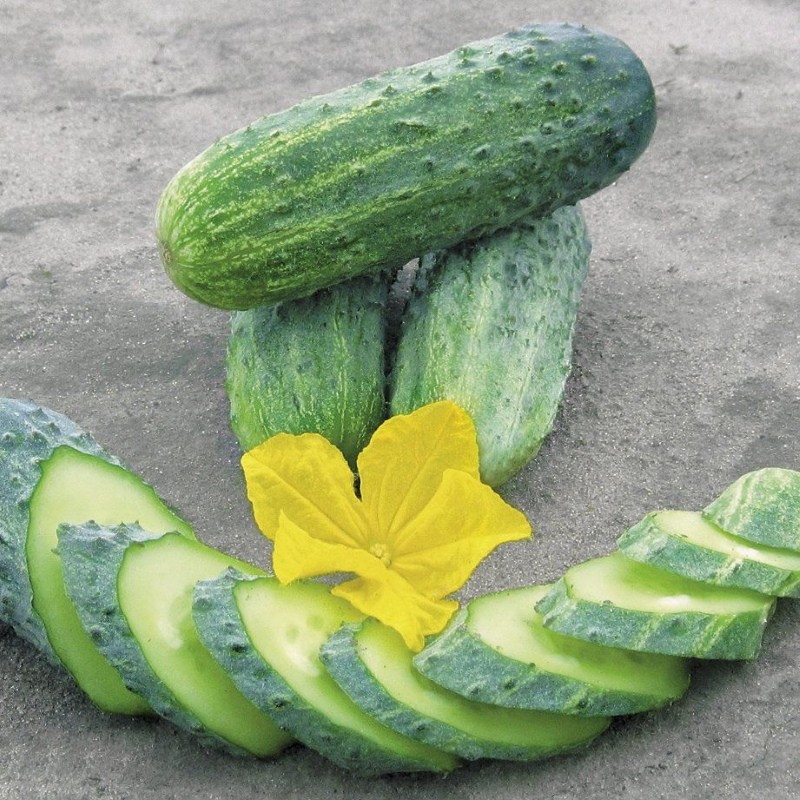 Crispina appeared on the territory of our country relatively recently. Only 21 years ago, the variety received state registration, but it still confidently holds its leading position. One of its main advantages is that it is a parthenocarpic hybrid that will always yield because it does not depend on bees and does not require pollination. By the way, this allows you to grow Crispina both in the open field and in greenhouses, without unnecessary hassle..

The bushes themselves are small, but with a well-developed root system. They do not form very many leaves, but they tie numerous stepchildren on the main stem. Each node forms up to 5 inflorescences that turn into sweet fruits. Medium early variety – the first harvest can be harvested within 45 days after planting. And it is very productive, because it gives more than 10 kg per 1 sq. m. Zelentsy by the type of gherkins: no more than 13 cm long and weighing up to 100 g, sweet, with a small amount of seeds. There is no bitterness in the peel. Cucumbers have a universal purpose – they are suitable for both salads and winter preparations..

Of no small importance is the resistance of the hybrid to major diseases. In addition, Crispina tolerates well both spring frosts and summer heat..

The hybrid can be planted both outdoors and in a greenhouse. The seeds germinate well, even when sown directly on the beds, which is carried out not earlier than the end of May, when the soil warms up. Sow cucumbers for seedlings at the end of March – at the beginning of April..

If you are planning greenhouse cultivation (in heated rooms), then you can sow seeds for seedlings at the end of January..

Taking care of Crispina won’t be too much of a hassle:

Crispin cucumbers can be grown in garden beds as well as on trellises. In the latter case, limit the height of the trellises to 1 m, placing them at a distance of 80 cm.Leave a distance of at least 30 cm between the seedlings themselves.

Description of the Crispin cucumber variety