What is a profusely blooming petunia Avalanche Yellow star

Tell me what is petunia Avalanche Yellow Star? This year I bought such a variety for the first time, the seller in the store assured that the plant was ampelous, and it was written on the package. However, my petunias for some reason all stick up, and do not want to go to bed, and the bush itself is very dense and thickened. Maybe it was not necessary to pinch the seedlings or they should still grow like that? 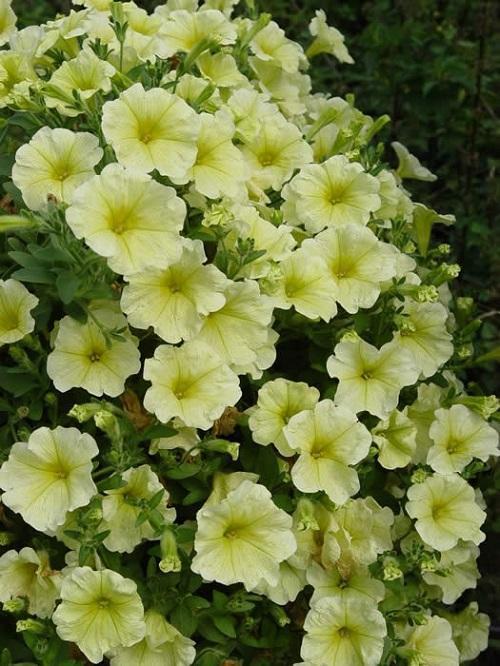 Among the variety of ampel petunias, which are also called pendula, the Avalanche group deserves special attention. They are hybrid plants that bloom with large flowers and are characterized by the rapid growth of long side shoots, which makes them widely used for growing in hanging planters, tall flowerpots and balcony boxes..

The Avalanche series consists of several varieties, differing from each other in size and color of flowers. One of the spectacular representatives of petunia Avalanche is the Yellow Star variety.. 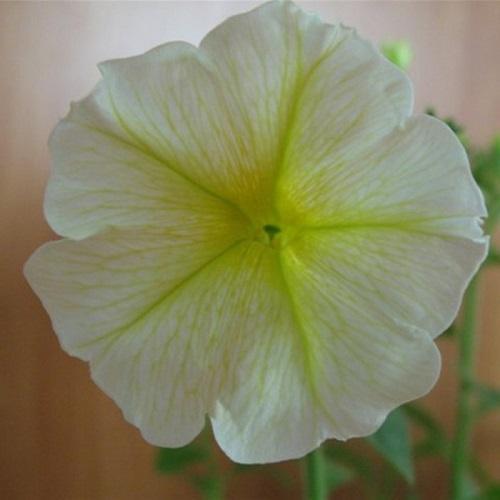 Petunia got its name because of the unusual color of the flowers: large gramophones, up to 10 cm in diameter, have a white tint around the edges, but the middle has a rich yellow color. In this case, the yellowness is “drawn” not by an even central spot, but with protruding corners in such a way that a figure in the form of a yellow star is clearly visible.

The avalanche blooms very abundantly and for a long time, until the very frost. The bush is almost completely covered with buds located on the side shoots creeping or hanging from the pot, the length of which exceeds 0.5 m.During the flowering period, the bush resembles a flowering avalanche from afar, which, in fact, gave the name of the series.

The bush branches very well, so it can be planted both as an ampelous plant in hanging flowerpots, and directly in open ground in order to create a ground cover flower bed.

One petunia from the Avalanche group is capable of covering 1.5 square meters. m. flowerbed area. 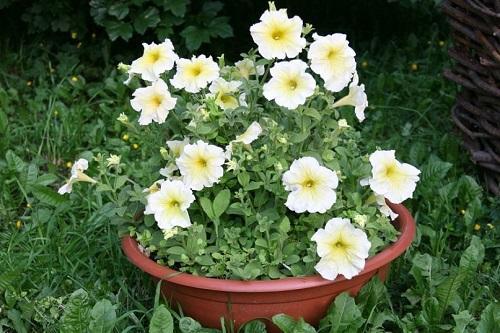 It is worth noting that the young petunia Avalanche Yellow Star has erect shoots. Over time, the central shoot grows strongly in length and lays down, and many side branches are formed on it, on which buds are laid.

If you pinch the bush at the seedling stage, it will begin to actively grow lateral shoots, and the central one will slow down in growth. As a result, the appearance of the petunia will no longer be so “ampelous” – a dense bush will grow, whose branches, if they begin to hang down, then quite a bit and already at the very end of the season.