I bought several bushes of a very beautiful daylily Childrance Festival, but I just can’t decide on a planting site. I have two flower beds, one in front of the house in the sun, the other in the shade of outbuildings. Tell me where the Childrance Festival daylily will grow and how to care for it? 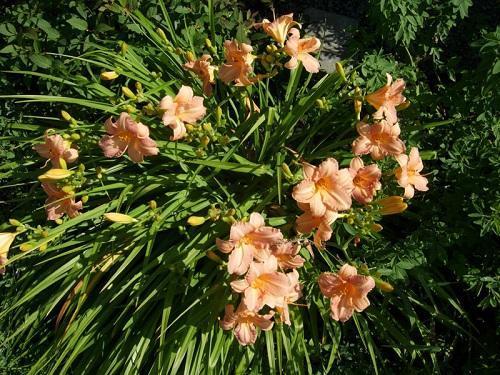 Daylily Childrance Festival is a hybrid of a large group of the most unpretentious herbaceous perennials. Its lush dense bushes can often be found not only in single plantings, but also in group compositions, into which it fits perfectly due to its modest size. Tall stalks with delicate flowers at the top are used for cutting into bouquets, in addition, they have a light aroma. 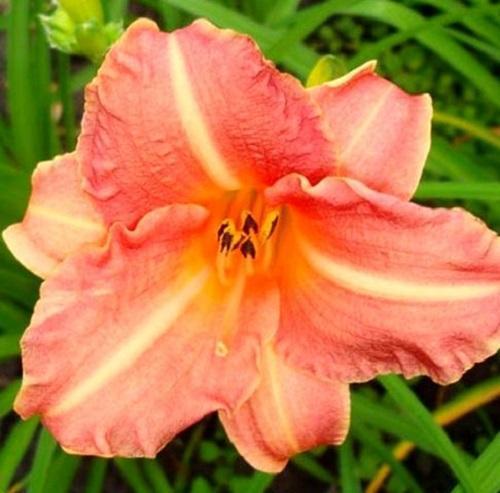 The height of the bush of the smallest daylily does not exceed 50 cm with a width of up to 30 cm. This must be taken into account when forming a flower bed so that the graceful bush does not get lost against the background of tall plants. Accordingly, the foreground or planting along the curb is the most suitable place for a flower..

Like all daylilies, the dense bush consists of a large number of long, narrow leaves, slightly curved, light green in color. At the end of June, the Childrance Festival blooms – tall peduncles with several flowers, from 1 to 3 pieces on each, appear above the bush. Flowers similar to lilies are medium in size (their diameter is no more than 12 cm), but very beautiful in color: the neck of the flower is yellow, and the petals are painted in a fantastic salmon pink color.

On an adult bush, up to 30 peduncles are formed. Each flower blooms only one day, but it is immediately replaced by a new one, and this continues for almost a whole month..

The bush can bloom again in September, but the peduncles will be half as much.

Features of growing and caring for a daylily 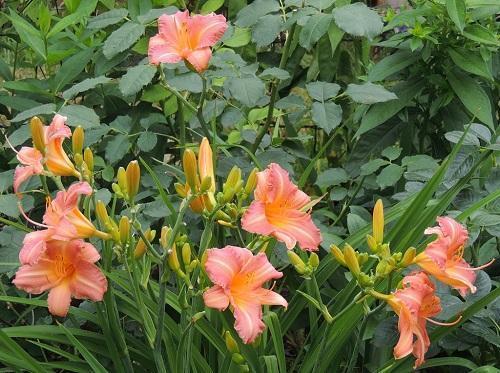 Daylily Childrance Festival prefers clay soils, which must be fertilized with humus, although it can grow in any soil. He does not need transplants and feels great in one place for a long time. True, the bush grows quickly and well, so it is necessary to foresee this during planting and leave space around it with a margin.

Bushes that are too large and powerful can be planted by digging and dividing them into parts. This is how the perennial multiplies in autumn or early spring..

Daylily grows best in sunny areas, but it will not disappear in partial shade either, however, the flowering will no longer be so abundant.

It is interesting that in winter all leaves die off, and in spring the bush grows up young.

Daylily care is simple and unpretentious:

Thus, the daylily is such a plant that grows “by itself”. Human participation in its development is the smallest, but the results will quickly please and will not keep you waiting. Having once planted one bush, over time there will be a whole forest of beautiful flowers on the flower bed..