I planted actinidia at the dacha five years ago, but it has never bore fruit. It blooms profusely, develops normally, does not get sick. I read that the reason may be that the liana is “same-sex”. Tell me how to distinguish a male from a female plant in actinidia, and what to do to get a crop? 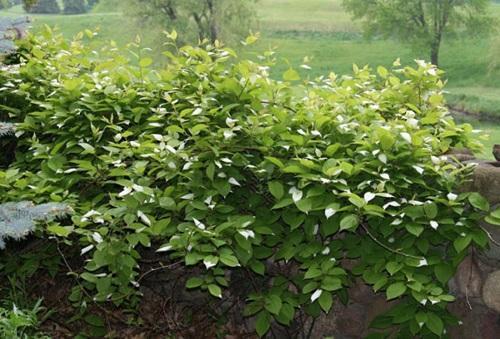 Actinidia is not often found on the site, but those who have tried its small, but tasty fruits at least once, grow a vine with pleasure. In care, it is absolutely unpretentious, firmly endures adverse weather conditions, practically does not get sick and is not damaged by pests. In addition, it has a beautiful decorative look and looks great on an arch or a gazebo..

However, novice gardeners often face such a problem that after flowering, the inflorescences simply crumble, leaving no ovary on the bush. The reason for this behavior of actinidia and the absence of fruits is that the plant belongs only to the female or male sex..

Fruiting in actinidia occurs after the third year of planting and only if plants of both sexes are present, while at least 4 female plants are needed for 1 male plant.

What is the Difference Between Actinidia Boy and Girl?

It is rather difficult to distinguish a male from a female plant in a young actinidia. One of the most reliable ways is to wait until summer, when the liana blooms, and carefully examine the flowers:

Some varieties of actinidia can be distinguished by the color of their leaves. Girls are always green, and for boys, the leaves on the tips turn white in June, and turn red in September.. 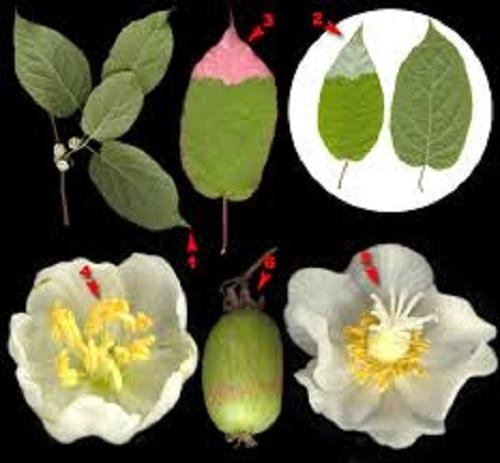 What to do if the plant is unisexual?

The male plant does not have an ovary, and the female plant has sterile stamens – a vicious circle is obtained, which does not allow actinidia to bear fruit. To get a crop from a vine, it is necessary to establish which gender it belongs to and in the spring to plant a plant of the opposite sex on the bush. You can also plant a new bush of a different sex next to it..