Please tell us how to grow Kalina Buldenezh? I remember how, in early childhood, a huge bush with white balls grew in our house. Over time, unfortunately, he disappeared. Recently I saw the seedlings of this plant on the market and could not resist, I bought myself one. Where is it better to plant it and whether it needs to be formed? 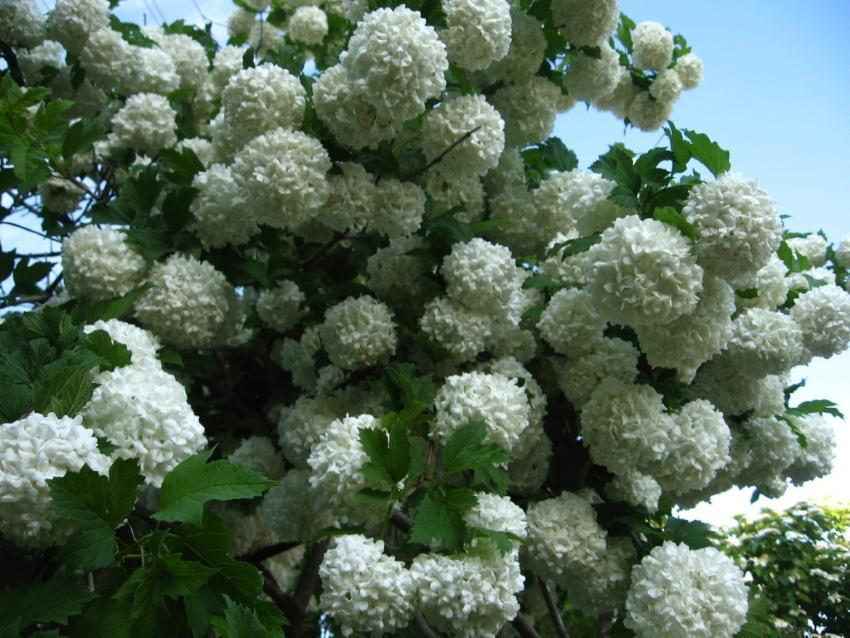 It seemed what could be more beautiful than the scarlet clusters of viburnum, which stand out in bright spots against the background of the autumn – winter garden? Perhaps, only the flowering of Buldenezh can compare with this phenomenon and even surpass it. There is nothing complicated in how to grow Kalina Buldenezh, no. This kind of culture remains unpretentious and persistent, but it will delight you with a gorgeous spectacle. White balls of inflorescences resemble snow balls and completely cover the bush, turning it into a bride in a white outfit.

Characteristic features of the plant 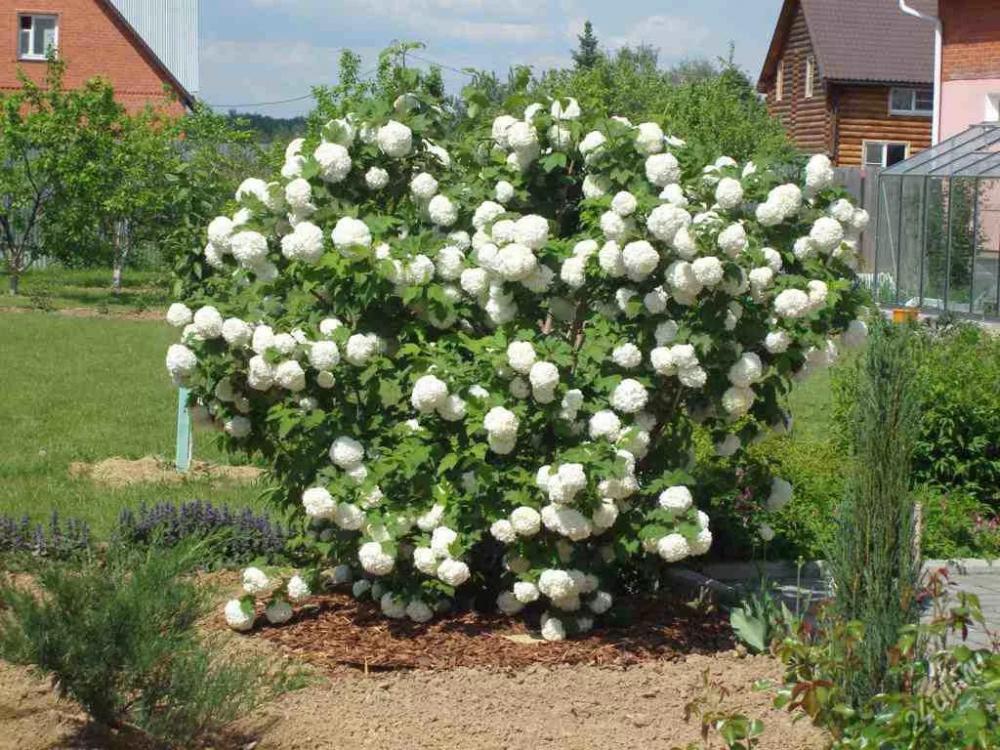 Everything is beautiful in this perennial: both abundant flowering and a neat spreading crown. The height of Buldenezh is on average about 3 m, so you can find a place for it even on a small plot. However, it should be borne in mind that with a low growth, the crown of an adult plant is very decent. Its diameter can reach 4 m, and the branching shoots are covered with light green carved leaves..

Viburnum blooms in late spring, in the month of May, and immediately radically changes its appearance. Under the weight of many inflorescences, the branches gracefully lean to the ground. The inflorescences themselves consist of small flowers, tightly pressed against each other. The most common Bulldonezh with white inflorescences, large and not so. But there is also an interesting variety, Roseum, in which the balls are at first white or greenish, and after 3 to 4 weeks turn pink.

In one place, the bush can grow for about 60 years, but it actively develops only in the first decade. The culture is highly frost-resistant.

How to grow viburnum Buldenezh – choose a landing site Kalina loves good lighting, which has a beneficial effect on the laying of flower buds, but does not tolerate direct rays. She will be more comfortable near a house or a fence, which will partially cover her from the sun. It is ideal if there is a well nearby, because this species has higher humidity requirements. At the same time, the soil should not be heavy so that the water does not stagnate. It would be nice to fertilize the soil with humus..

Young seedlings and cuttings are recommended to be planted in spring, viburnum is cut in summer. But dividing the bush is preferable in the fall..

Caring for the Snow Globe in the Garden 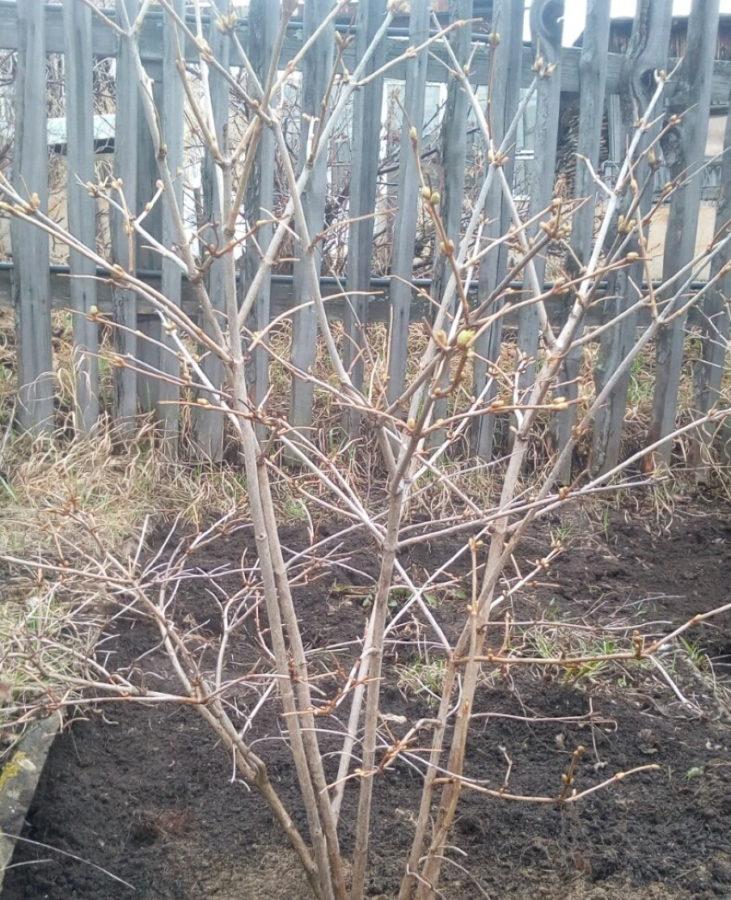 This is what this shrub is called for its flowering.. The very same care, in principle, is not difficult and consists of the following procedures:

Buldenezh reproduces only in a vegetative way, since the inflorescences of the viburnum are sterile. You can get a new plant by dividing the bush, cutting and rooting layers.