Calendula in the garden – we fight pests beautifully

My grandmother always had a calendula growing. She planted it not only in flower beds, but even among potato beds, saying that yellow flowers drive the Colorado potato beetle away from them. Tell us how else you can use calendula from pests in the garden? 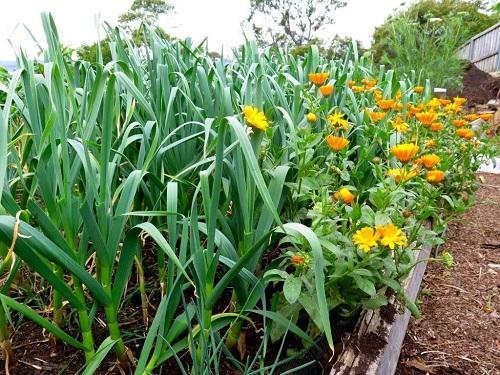 Beautiful ornamental plants have long been used by gardeners not only for aesthetic pleasure, but also to protect their labors from any unwanted guests who spoil the future harvest. One of these plants is calendula – low bushes with bright yellow or orange chamomile flowers and light green leaves.

Useful properties of calendula for the garden

The use of calendula in the garden to protect against pests is quite justified, and the effectiveness of its use has long been proven by many years of experience. Small, compact and fragrant bushes can be of great benefit to summer residents due to their useful properties, because they:

The root system of flowers during the period of growth and flowering actively supplies the soil with phytoncides and other useful substances, and plant residues embedded in the ground improve its structure. 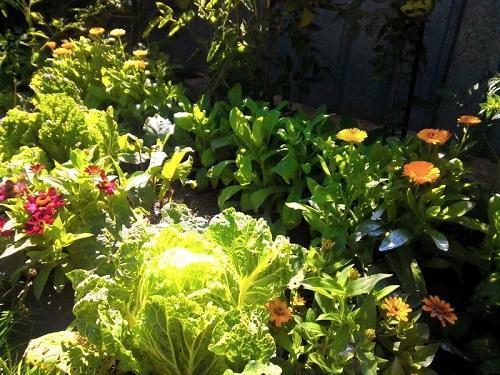 Compact bushes not only look beautiful among the beds, but also protect them from harmful insects that can ruin the crop. So, the useful neighborhood of calendula has been proven with such crops:

Using calendula as a siderat

Unlike mustard, lupine and other siderates, which quickly grow a large deciduous mass, calendula has a more modest size, but they are quite enough to improve the health of the garden. And such a volume decomposes much faster..

After the main (summer) harvesting on the vacated plot at the end of August, you can sow calendula densely. After 1.5-2 months, the bushes that are ready to bloom must be cut off, and the remaining roots will rot during the winter. Greens are good for use in compost and mulch, and can also be buried in the ground by spreading loosely around the area..