A lot of wild oats appeared on winter wheat. Can Puma Super herbicide be used to treat seedlings if the culture has already formed up to three true leaves? And the question is still interesting, is this drug suitable for use on rye crops? The other day I noticed that wild millet appeared on the edge of the field, I don’t want to wait until it clogs all the shoots. 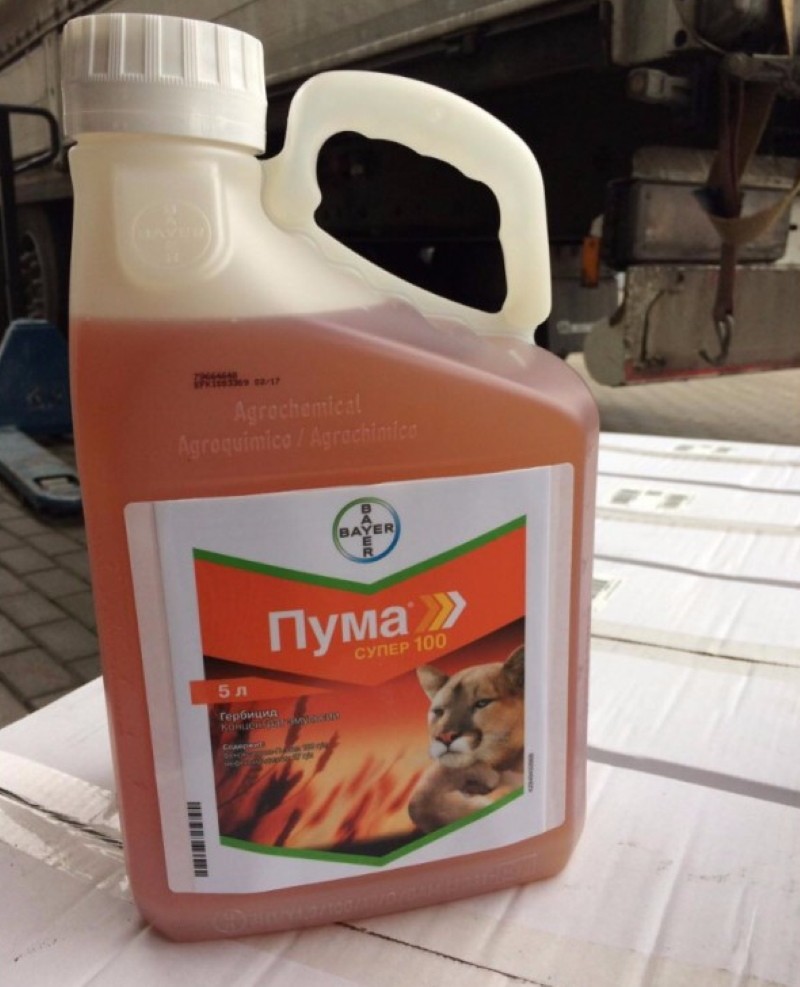 Among the preparations for the control of cereal weeds in cultivated crops, selective agents are preferred. In relation to weeds, they act quickly and destructively, but at the same time they are absolutely safe for crops due to their rapid decomposition. Puma Super herbicide is one of the most effective drugs. It has not only a wide application window, but also a range of cereal weeds. And the presence of an antidote protects the culture, and at the same time increases the level of suppression of weeds. 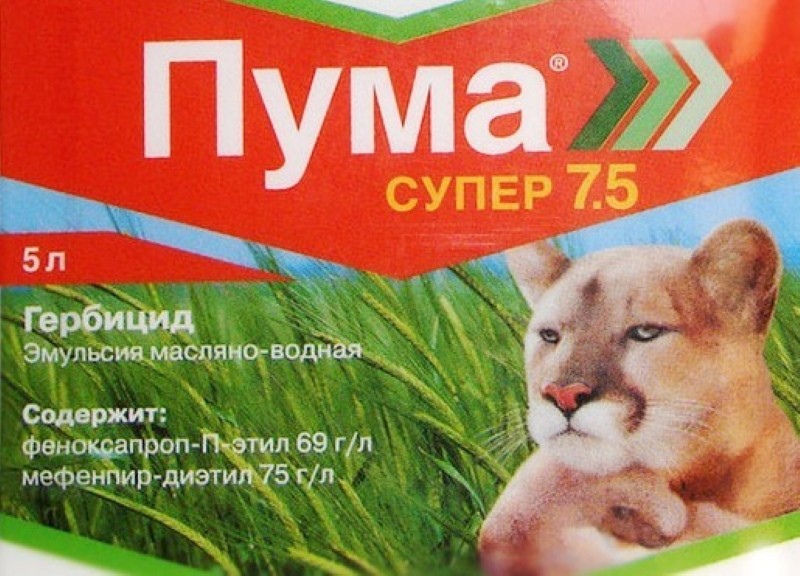 Highly selective drug has a selective effect. The herbicide comes in the form of a concentrated emulsion and has two active ingredients. These are fenoxaprop-P-ethyl and the antidote mefenpyr-diethyl. The first substance enters the plant, spreads through it, accumulates at points of growth and stops growth. The second component, the antidote, protects the crop by eliminating the phytotoxic effect of the herbicide and accelerating the breakdown of the first substance in its seedlings. At the same time, it enhances the toxic effect on the weeds themselves..

The herbicide is absorbed through the leaves and quickly degrades into neutral products in the soil. Therefore, it does not cause restrictions in crop rotation..

The action of the drug begins within a couple of hours after spraying. Moreover, if the solution has time to dry on the leaves, then precipitation is not an obstacle. Weeds completely die in 1.5-2 weeks.

Consumption rates and instructions for use of the drug 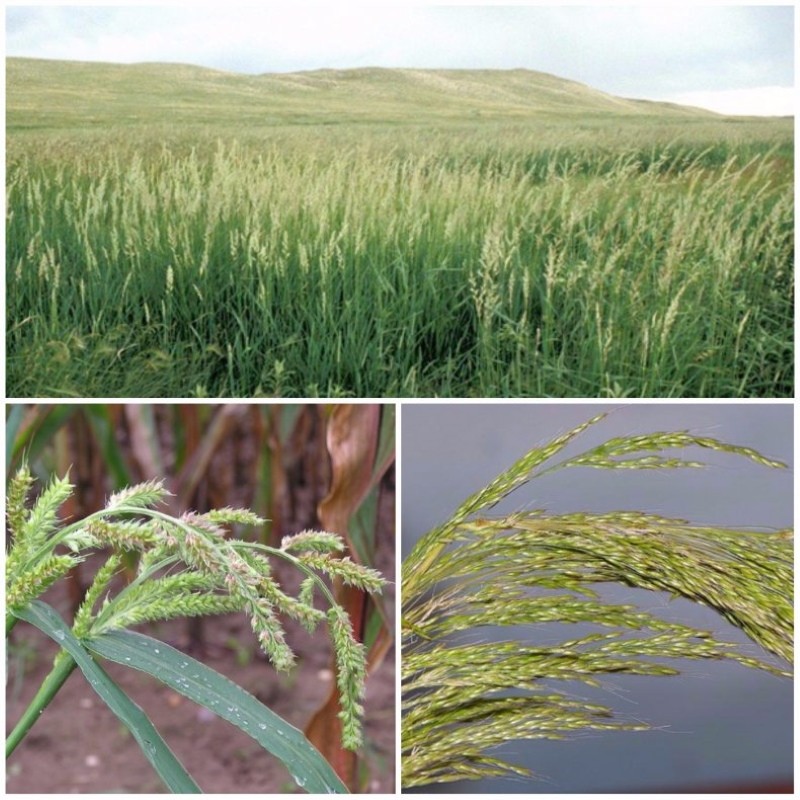 The optimum temperature for processing crops is 15 ° C heat. It is better to carry it out when the weeds grow en masse, because the herbicide no longer acts on the second wave. The phase of the crop development does not matter, the weeds can be cultivated from the two-leaf phase to the end of tillering. For 1 hectare of area, from 0.4 to 1 liter of herbicide is needed. Puma Super can be combined with fungicides and insecticides. One treatment is enough per season.