Tell me when you can treat the garden with Azophos, are the instructions for use for shrubs and trees the same or different? In my garden there are apple trees, cherries and currants of various varieties, I noticed that their leaves began to spin and dry. I had Azophos, I used it to process tomatoes in a greenhouse, but I didn’t know that it is also suitable for trees and shrubs.. 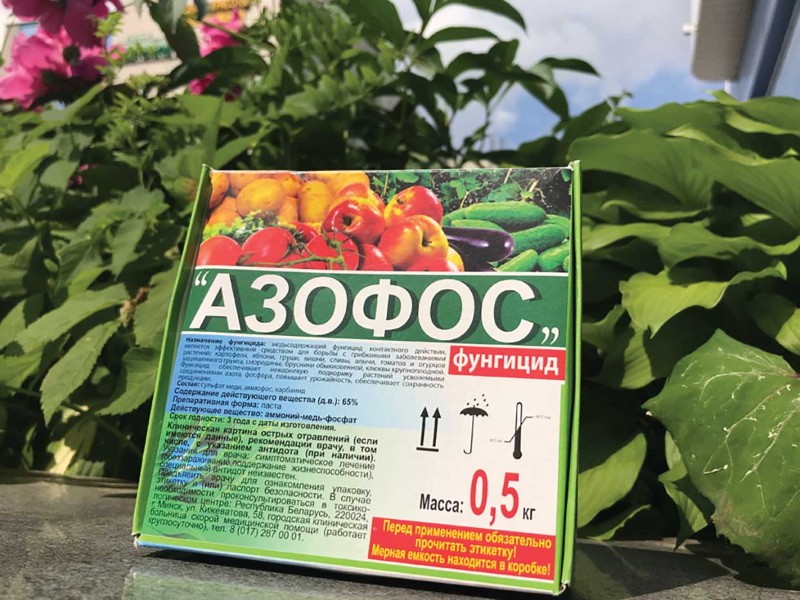 To get a good harvest and at the same time to protect crops from diseases, most gardeners and gardeners have to resort to “chemistry”. The fungicide Azofos will help to reduce the number of preparations and treatments, the instructions for use of which are suitable for most plant species. Due to its unique and rich composition, the drug not only protects crops from fungal diseases, but also acts as a fertilizer. It contains mineral supplements that nourish plants, promote their growth and increase yields..

Features of the fungicide: composition and action of the drug 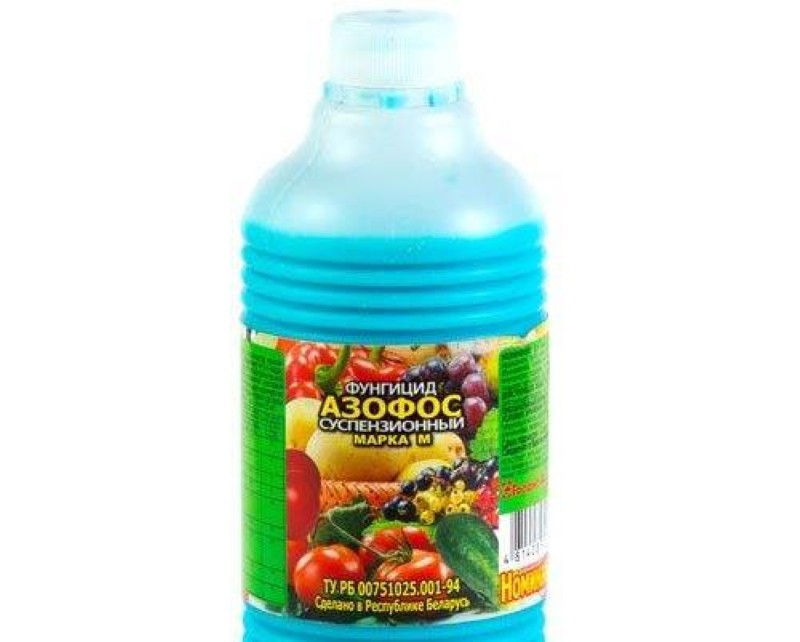 Half of the composition of Azophos is copper-containing ammonium phosphate. The fungicide has a contact effect. Once on the leaves, the working solution is evenly distributed over the plants. And the main active substance destroys pathogens and creates a protective film to prevent the penetration of fungi.

The second half of the composition of the drug is occupied by mineral supplements: magnesium, zinc, potassium, copper, molybdenum, nitrogen. With their help, the fungicide turns into fertilizer, and in a form that is easily absorbed by plants. As a result of its application, crops develop faster, give more ovary, and improve the taste of fruits.. 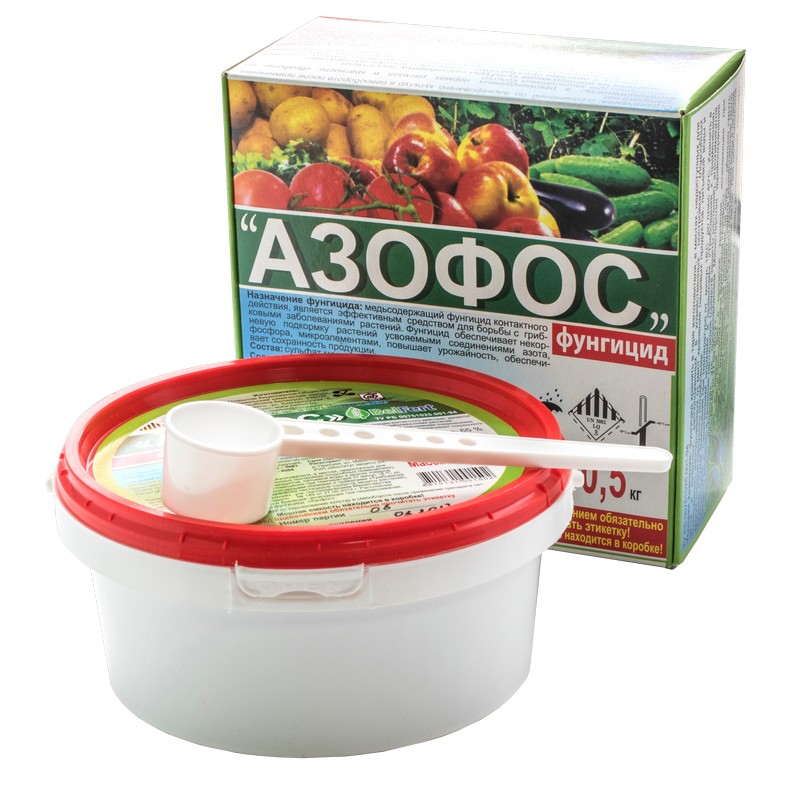 The fungicide is versatile and suitable for most garden and garden plants. It is used for spraying on a leaf: 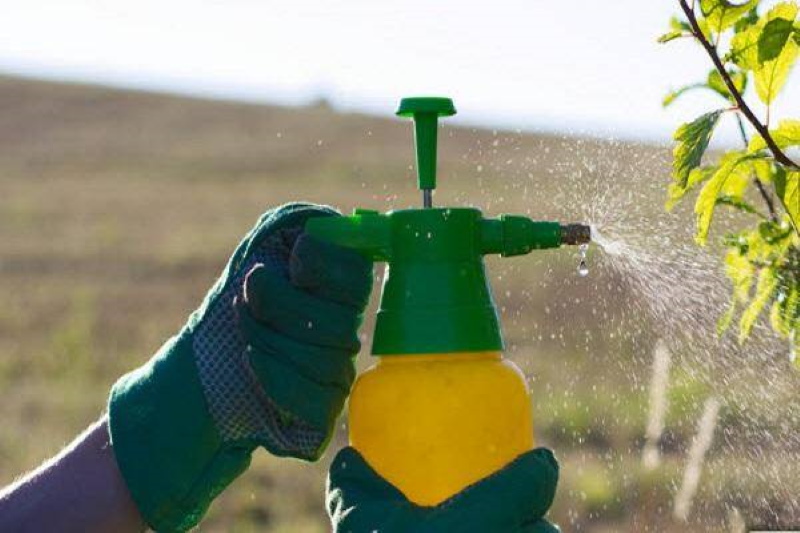 To protect plants from diseases, the fungicide Azofos is used during the growing season of crops. Consumption rates for trees and shrubs are 100 ml of the drug per 10 liters of water, for garden crops – from 130 to 200 ml. Up to three to four treatments can be done per season with a break of at least two weeks..

The final processing of potatoes and trees must be done 20 days before harvest. Currants – in 25 days, cucumbers and tomatoes – in 5 days. Cranberries and lingonberries are sprayed for the last time 70 days before berry picking, blueberries – 74 days, and grapes – 55 days.

Azophos can be used in tank mixtures with pesticides, except for preparations with an alkaline reaction. The fungicide itself is not toxic to humans and insects. But you should work with him in a protective form..

Video review of the fungicide Azofos