Tell me what kind of ripeness Veneta potatoes belong to, the description of the variety, photos and reviews are very interesting. It is especially important to know how this crop tolerates drought. Our summer is very hot now and without rain. There is no possibility to water the garden, only tomatoes and cucumbers, but we plant a little of them, to eat for ourselves. This spring, they bought potatoes for planting, a late variety came across, so it has already dried up, and did not have time to fully form the tubers. We realized that there is only one way out for our climate – to grow early varieties. Veneta belongs to them? 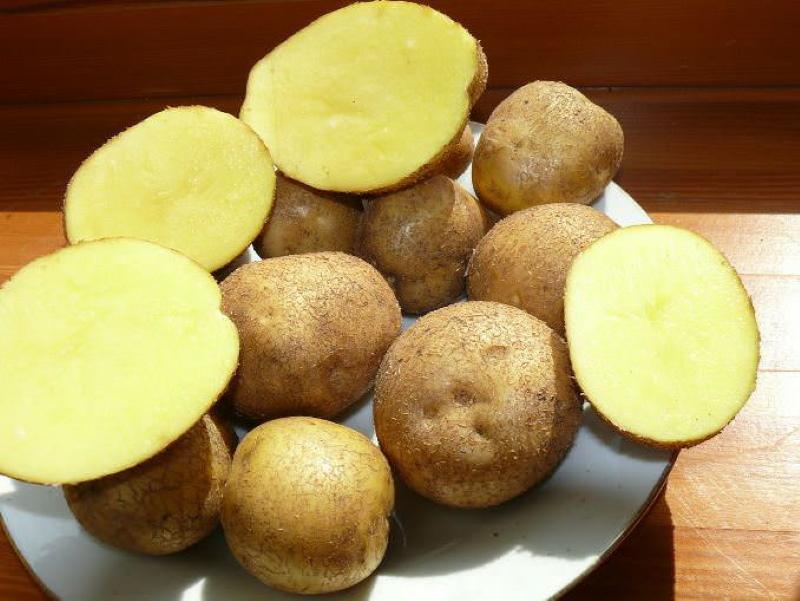 When growing potatoes, they expect high yields, disease resistance and excellent taste. All this has Veneta potatoes, a description of the variety, photos and reviews of which will be of interest to novice gardeners. This species can be safely cultivated both for personal needs and on an industrial scale. Moreover, a good harvest is obtained in almost all regions and on any soil. And early ripening in the south allows planting in two passes, in spring and summer, and digging up two full harvests.

The variety was bred by German breeders, but received recognition far beyond the borders of their homeland. It appeared in our State Register in 2001 and since then has been successfully grown both in the southern and cooler regions.. 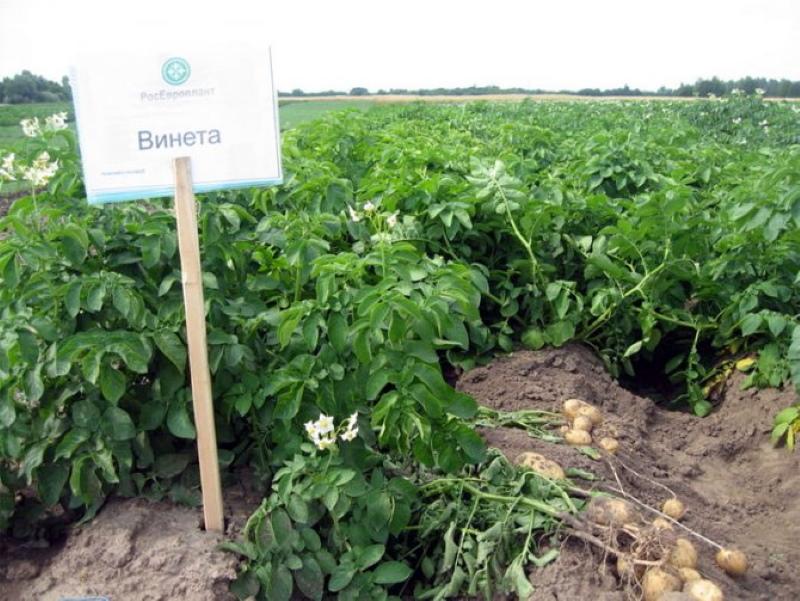 The variety is distinguished by high, almost 80 cm, spreading bushes and lush flowering. The leaves are of the usual dark green color, the plates are slightly wavy. Each inflorescence has almost a dozen snow-white flowers.

Veneta belongs to the early maturing species. Young tubers can be dug out as early as 45 days. The harvest is completely harvested 75-80 days after planting..

The variety is ideal for growing in regions with unfavorable conditions. It tolerates drought well, but at the same time it is not afraid of prolonged rains. And most importantly, the bushes are rarely affected by diseases characteristic of the culture, and grow in any soil. 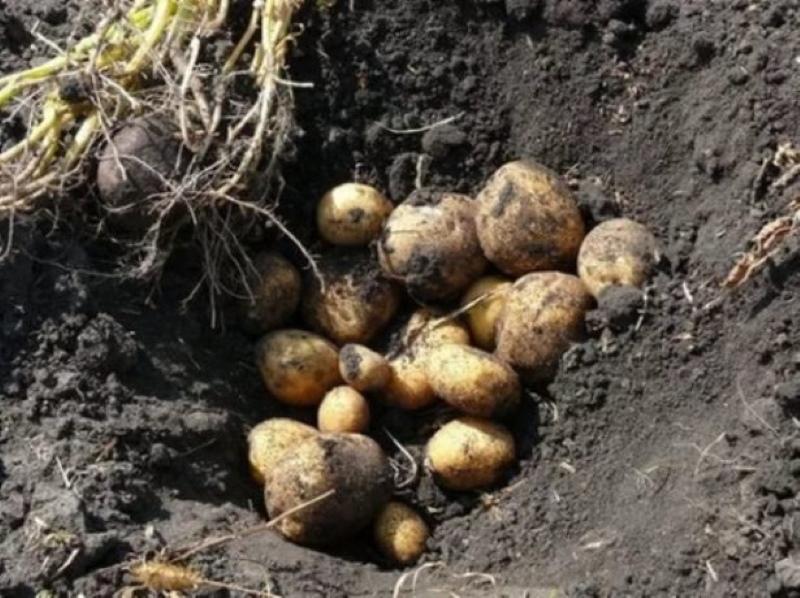 Each Veneta bush ties from 1.5 to 2 dozen tubers, giving a crop of at least 2.2-2.5 kg. Potatoes are oval in shape and weigh on average about 150 g, although under favorable conditions it is possible to grow tubers weighing more than 400 g. They have a thin and smooth yellow-brown peel and the same color flesh, only slightly lighter. The skin is decorated with a mesh pattern. The pulp itself is moderately juicy, with a low starch content (about 13%). Thanks to this, it retains its shape during cooking, is suitable for boiling and frying..

From the reviews of gardeners it is known that the color of the tubers can vary depending on the composition of the soil. In sandy soil, they turn out to be lighter, on loam – darker.

You can take 25 tons of potatoes from 1 hectare. In southern latitudes, it is possible to grow two crops. The first one is harvested in July and immediately replanting. The second harvest ripens in the first decade of September. 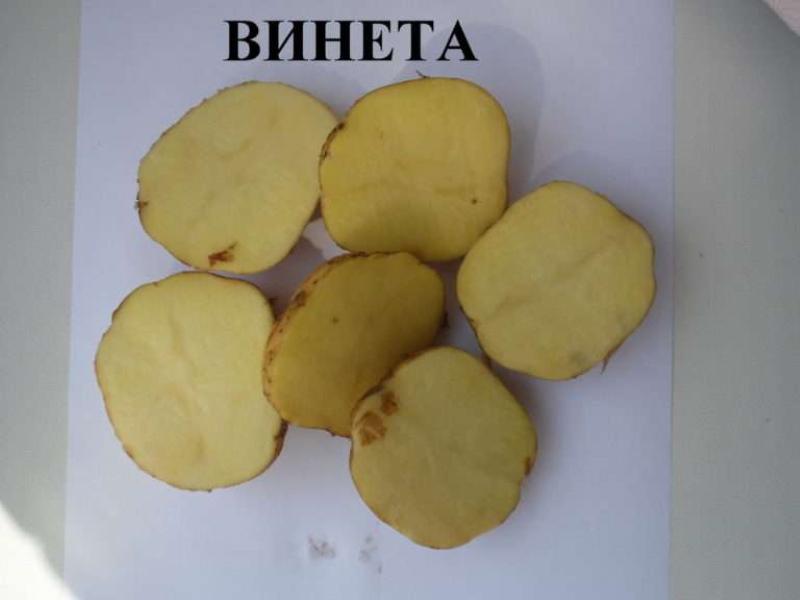 The Veneta potato has a lot of advantages:

The variety has no significant drawbacks. It can only be spoiled by excessive care, namely by applying too much nitrogen fertilizers. Because of this, the bushes slow down their development, which affects the timing and quality of yield..