You’re asking: “What type of ripening pear does the Lucky Falkenberg pear belong to and how long is it stored after harvest? I have a young tree, this year it has borne its first fruits. We haven’t ripped them yet, the green pears are still hanging, one for a test only, but it turned out to be sour. “ 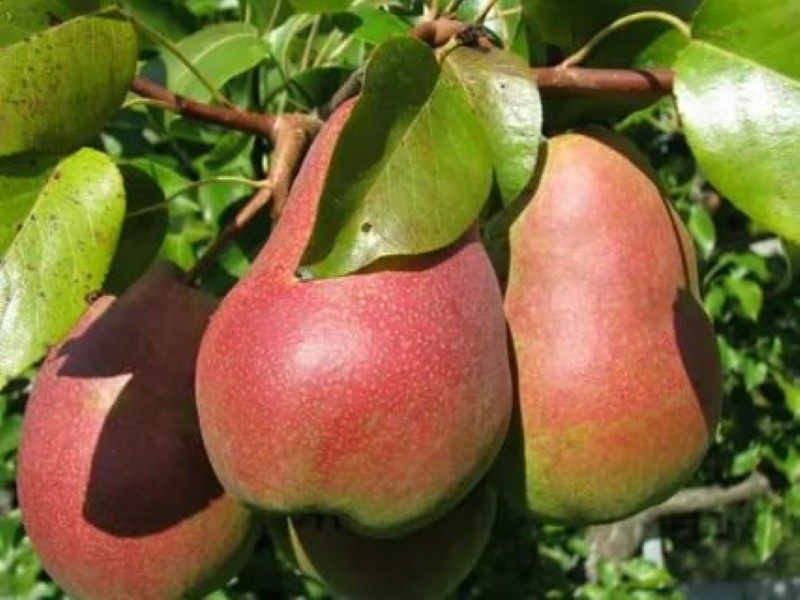 We answer: Fragrant, juicy and sweet pears grow in almost every garden and the main thing for gardeners is their taste. And if the trees are also highly resistant, especially to winter frosts, then it is a pleasure to grow them. Pear Udachnaya Falkenberg is one of the new and most winter-hardy varieties bred by the Ural breeders. The institute in which the work on crossing was carried out is located in the city of Chelyabinsk, therefore the variety is also often called Chelyabinsk.

In general, the “name” of the pear turned out to be quite “speaking”. It also contains a direct reference to one of the leading authors-scientists (Falkenberg E.A.). And a capacious characteristic of a new variety, expressed in one apt word – “successful”. 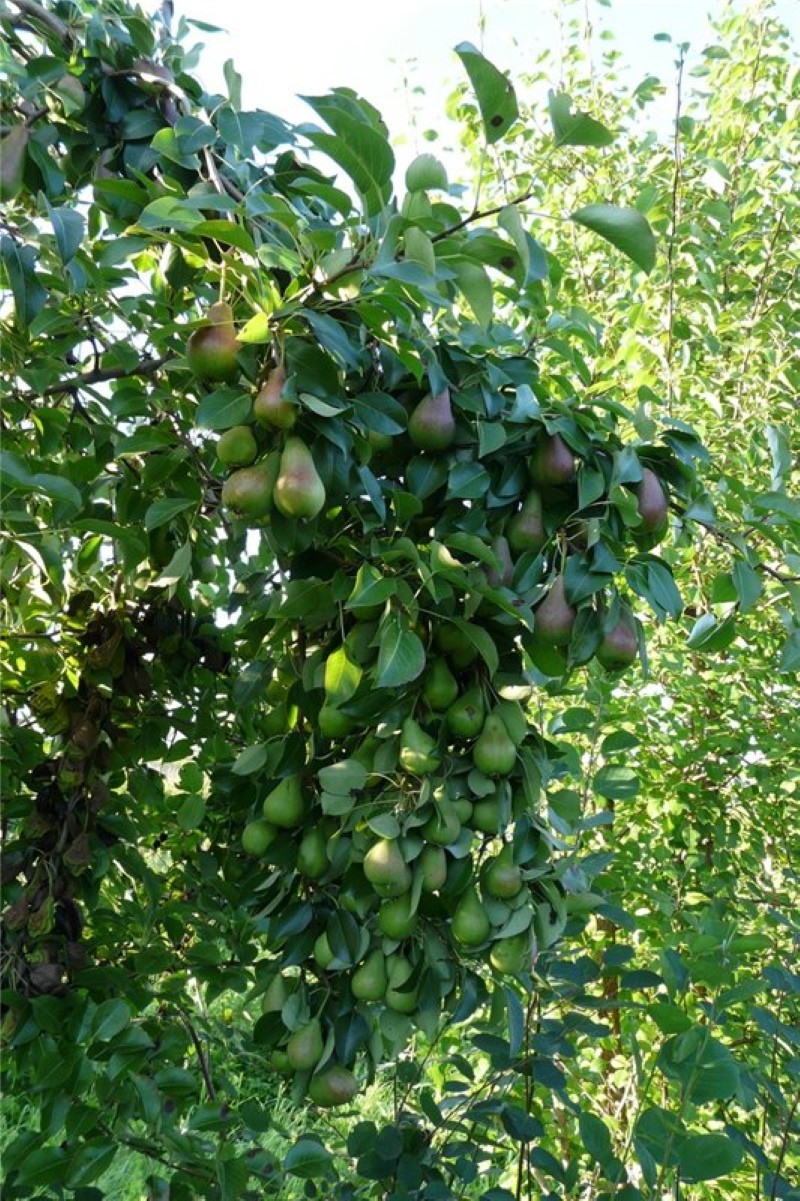 The parents of the variety are Lesnaya Krasavitsa and Dekabrinka pears. Pear Udachnaya is a typical autumn variety that ripens in mid-September. The tree is medium-sized, up to 5 m in height, with a rounded and not very thickened crown. The pear blooms in the second half of May. Due to its high winter hardiness, the variety can be grown in any region. In addition, he rarely gets sick with scab and the gall mite also bypasses a resistant pear.. 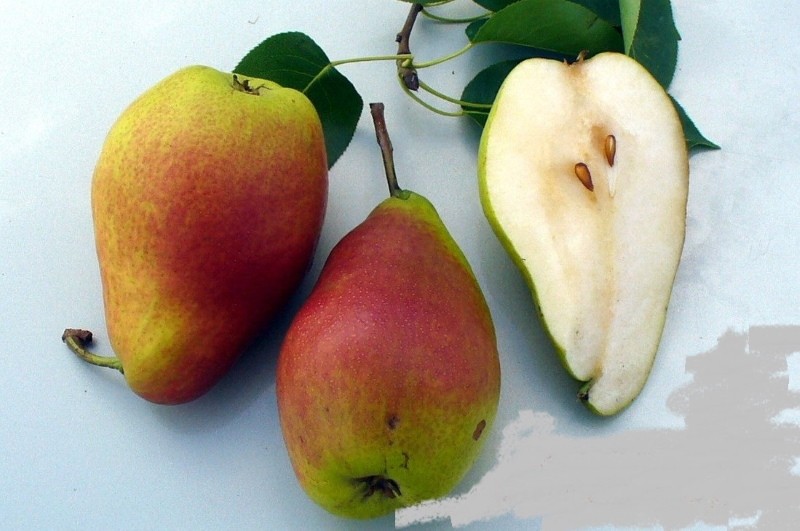 The autumn Udachnaya pear has a high yield, up to 40 kg, and rather large fruits. Pears have a characteristic pear-shaped shape, weigh on average about 180 g, but with good care they can be up to 250 g. The main color of the skin at the time of consumer maturity remains green. But most of the fruit is covered with a raspberry blush, which makes the pears appear red. The pulp is white, very juicy, sweet and sour, with a spicy aftertaste and light aroma. Pears are considered versatile, they are eaten fresh and used for processing.

The Lucky Falkenberg pear is stored not very long, up to a maximum of three months in a cool place.

Pros and cons of the Ural variety 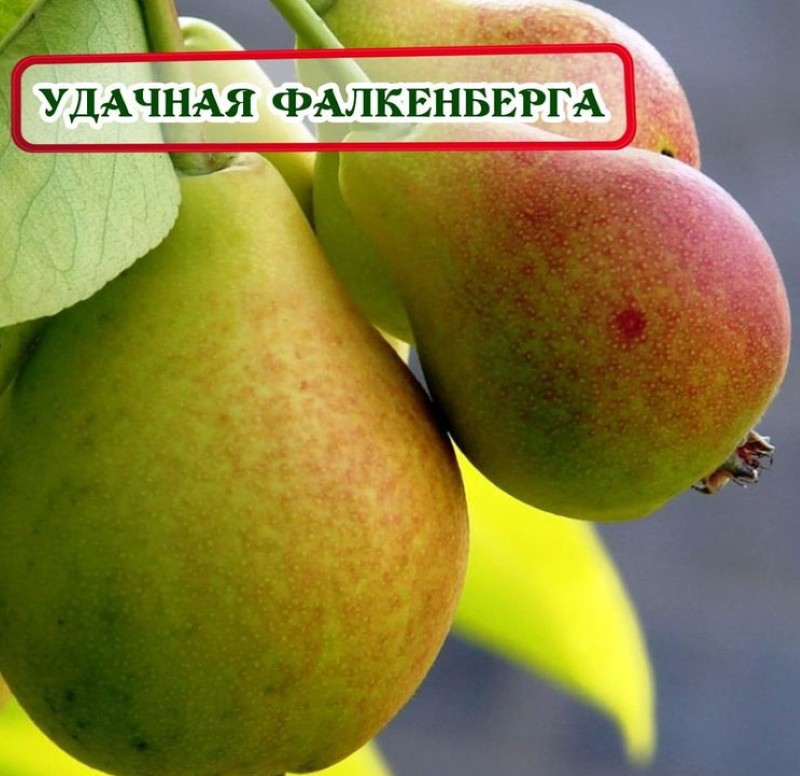 Among the advantages of a young variety, gardeners have already appreciated it:

Pear Udachnaya has not yet been well studied due to its youth, so little can be said about the shortcomings. Not everyone is satisfied with the short shelf life of the crop. However, for these purposes, you can always plant special winter pears..

A more significant observation is the vulnerability of the pear to diseases such as powdery mildew, spotting and rust. And she can also suffer from damage by a moth, tick, aphid or flower beetle. Although these shortcomings can be easily corrected if preventive treatment of trees is carried out in a timely manner.

How to care for a pear to get a good harvest