The most dangerous enemy of berries is a bud mite on currants, control measures

How to recognize a kidney mite on currants, are there measures to combat this pest with the help of folk remedies? This year our autumn is warm and the leaves did not fall for a long time, but then I noticed swollen buds on the bushes. The neighbor looked and said that there was a tick in them and everything needed to be cut off. I did so, but I’m worried that I didn’t destroy all the pests. What else can be done, how to process, and how to understand in the spring that the bushes are healthy? 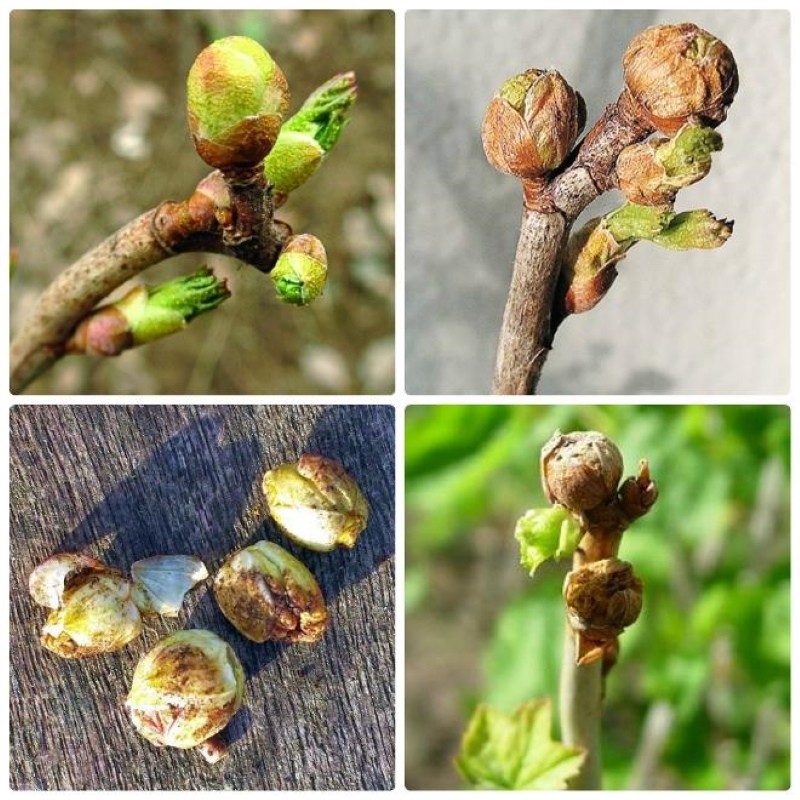 This pest of berries can not only rob you of your harvest, but also completely destroy the plants, and in the entire garden. One of the smallest, but very dangerous insects is a kidney mite on currants, measures to combat it should be taken immediately, until the pest has hit all the crops growing nearby. Having just microscopic dimensions, the mite reliably hides for the time being in dormant buds, laying eggs there. Therefore, the main difficulty in getting rid of it is the inability to notice unwanted guests in time. When the hatched larvae are released, the currants are already in full bloom. And the pests themselves, with the help of the wind, conquer new territory..

Symptoms of the defeat of currants with a tick 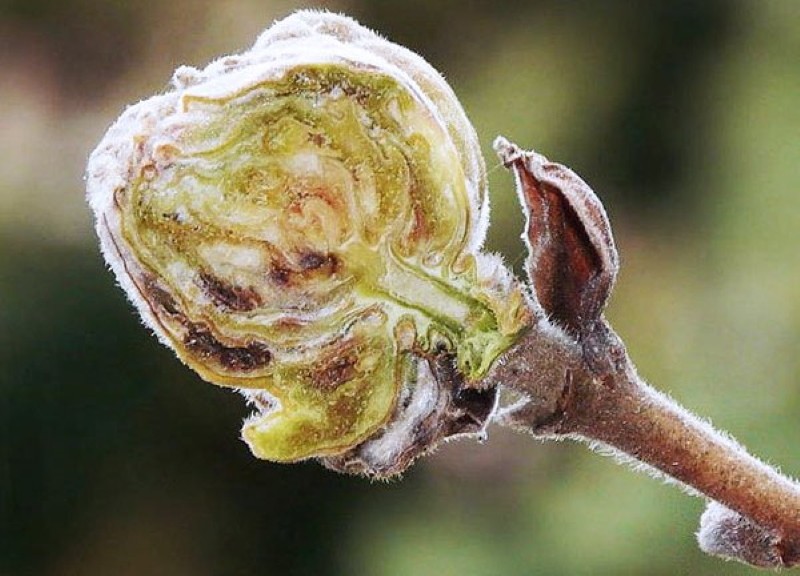 The danger of ticks is not only in small sizes, but in extreme fertility. The female gives 5 young generations per season, and lays up to 8000 eggs at a time. She makes clutches right in the kidney, which swells and stratifies from so many “guests”, like a cabbage head. This is the first sign of tick damage to currants, which can be noticed in spring or autumn. The mite also hibernates in the kidneys, as it reproduces. 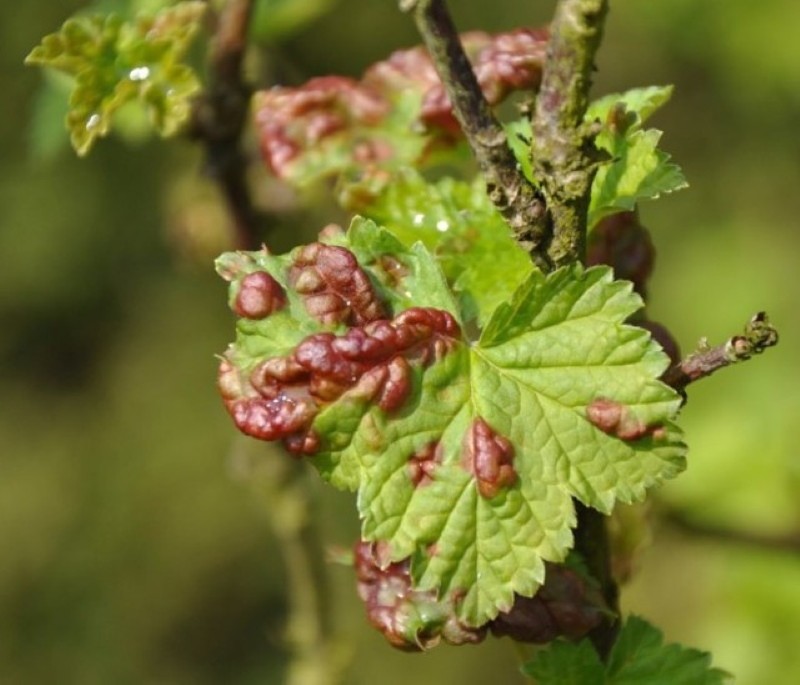 If you do not notice and do not destroy the masonry in time, then the following signs of a tick can be seen in spring or summer:

In addition to fertility, the kidney mite is dangerous because it can be a carrier of viral diseases. Most often this is the doubleness of the flowers and the reversion of the leaves, while there is no cure for such viruses, only the complete destruction of the bushes. 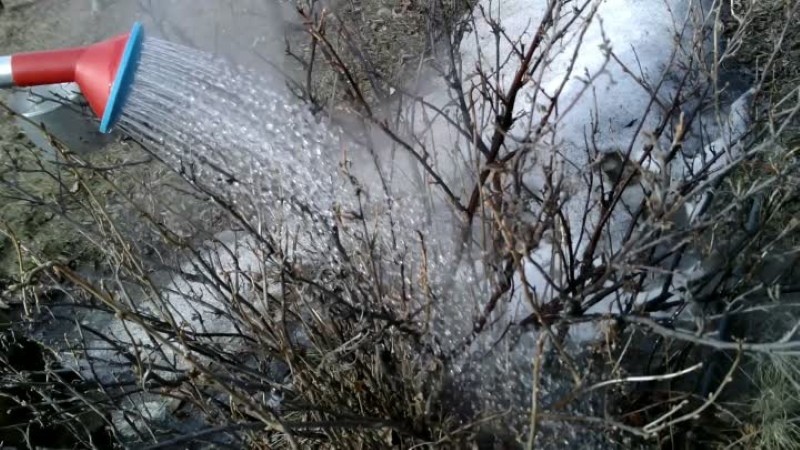 The most effective way is to notice the swollen buds in time and destroy them before the larvae hatch, cutting them off along with the shoot. To prevent reproduction and further infection, inspect currants in the fall and early spring. The bush will give new branches already healthy, and the tick does not live in the soil under it.

After removing the affected areas, you can treat the currants with folk remedies, for example;

Chemicals will give the best effect, but keep in mind that they can be used only during a certain period, during flowering and after the end of fruiting. Biological products Aktofit or Fitoverm, as well as insectoacaricides Apollo or Kontos, can be used against the kidney mite. And after you harvest the berries, you can process the BI-58 currants.

How to deal with a kidney mite on currants