Tell me how to grow raspberry uterine root? I bought a variety with yellow berries this year. The seedling was already grown, so I even managed to try a couple of berries. They turned out to be not only of an unusual beautiful appearance, but also very tasty and sweet. I decided to leave the bush and propagate it, especially since there is enough free space in the garden. A friend suggested that most of the new bushes are obtained from the uterine root.

The raspberry has one remarkable feature – it quickly multiplies by root suckers due to the large number of dormant buds on them. Moreover, it is not necessary to buy a seedling, because just one small piece of the mother root gives several dozen plants. Knowing how to grow a raspberry uterine root can quickly multiply your favorite variety. This will significantly save money, because the seedlings of modern hybrids are not cheap. However, even for the root itself, they can ask for a price, as for an adult bush, especially if it is an elite species. It is much more profitable to do it yourself. Having acquired a small cut from the root system in the fall, you will receive your own young seedlings by the next season.. 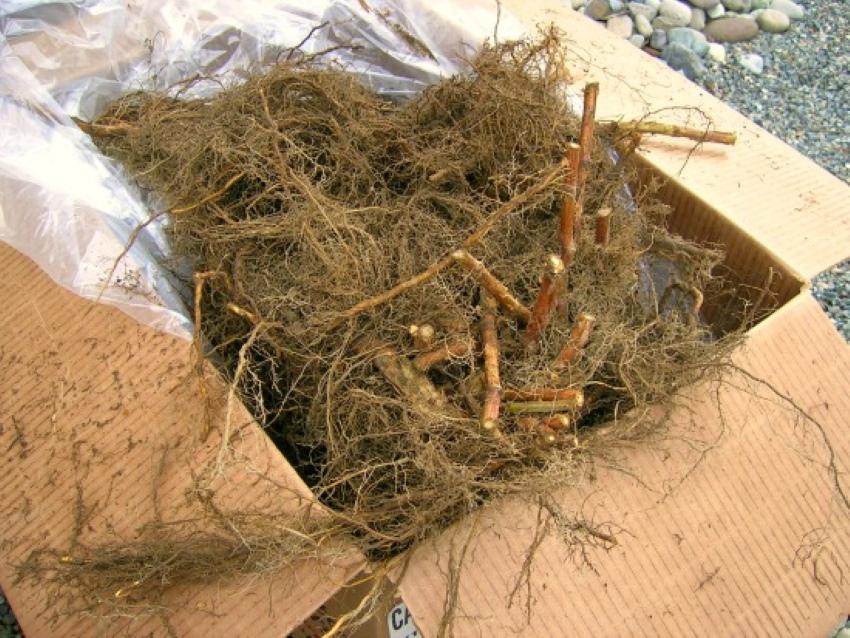 It is best to buy or dig up the uterine root in the spring so that you can plant it right away. In early March, all plants, including raspberries, wake up, and active sap flow begins. This is the most suitable period for germination..

Often the rhizome is harvested in the fall during pruning and thinning of old plants. In this case, place it in a peat box and send it to the basement until spring..

How to grow raspberry uterine root 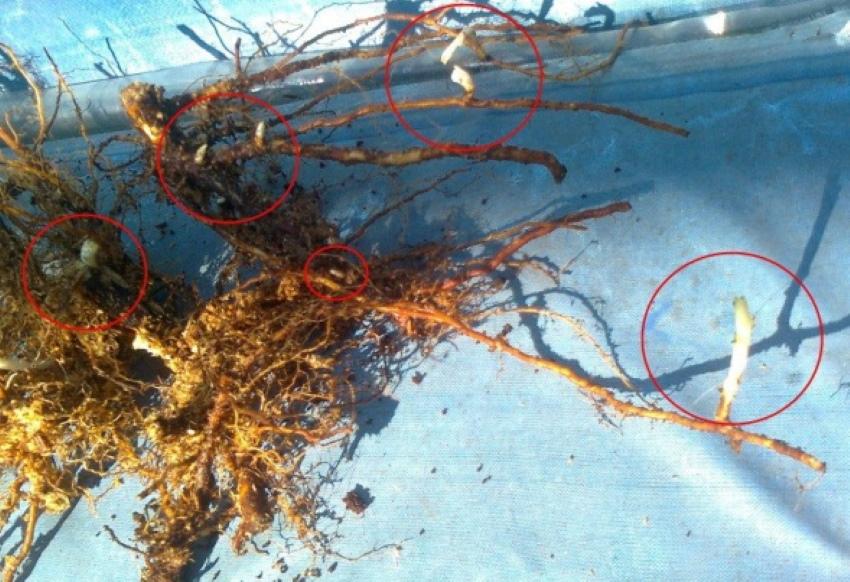 Root germination should take place in greenhouse conditions. If there is no greenhouse, a window sill will do. In early March, remove the root from the cellar, divide it into small segments no more than 15 cm long and root in the peat. Before emergence, keep them under the film, creating a greenhouse effect.

To protect future seedlings from diseases, treat the cuttings in potassium permanganate before rooting. And for a faster awakening of the kidneys – in a solution of a growth stimulator.

Soon, young sprouts will “nudge” above the soil surface. Wait until they grow up to 7 cm, and then plant the young raspberries in separate containers. For the first time, plastic cups are also suitable. This is even better, because the plants grow roots first. The aerial part begins to develop when the roots fill the volume of the glass. Grown up bushes just transfer into pots. 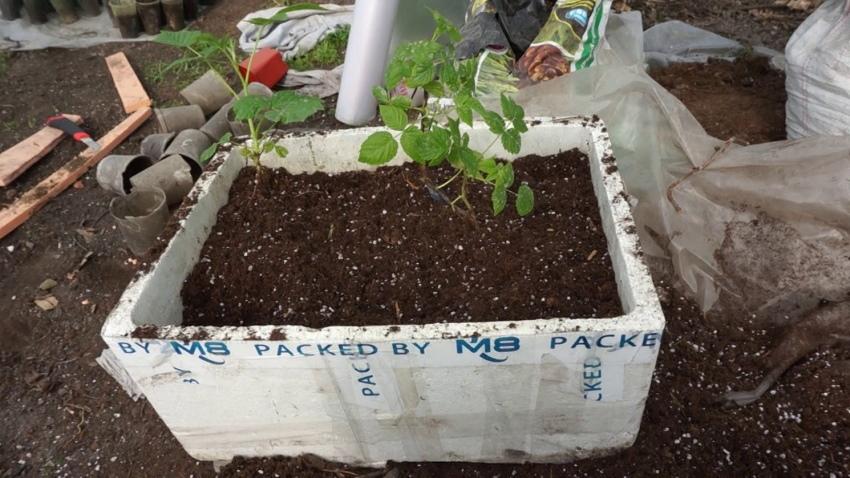 Interestingly, the buds on the raspberry root do not wake up at the same time, so do not get everything right away. Separate only visible plants, and the root will continue to supply you with planting material. You can detach young raspberries from the uterine root in one of the following ways:

The second method is preferable, because then the young root comes off from the uterine root with the heel. It takes root better, and the uterine root itself is not damaged by a metal object. The obtained seedlings can be planted in a permanent place at the end of spring, just be sure to harden them before that..