What harvest will delight the raspberry variety Laszka

Tell me, what is this Laszka raspberry? I don’t know what to call it correctly in Russian, this is exactly what was indicated on the package of the seedling, which I received as a gift for a large order from Polana. I would like to know what this surprise is and what to expect from it, since I have not met one yet. When raspberries ripen, and what kind of berries they have, though large? 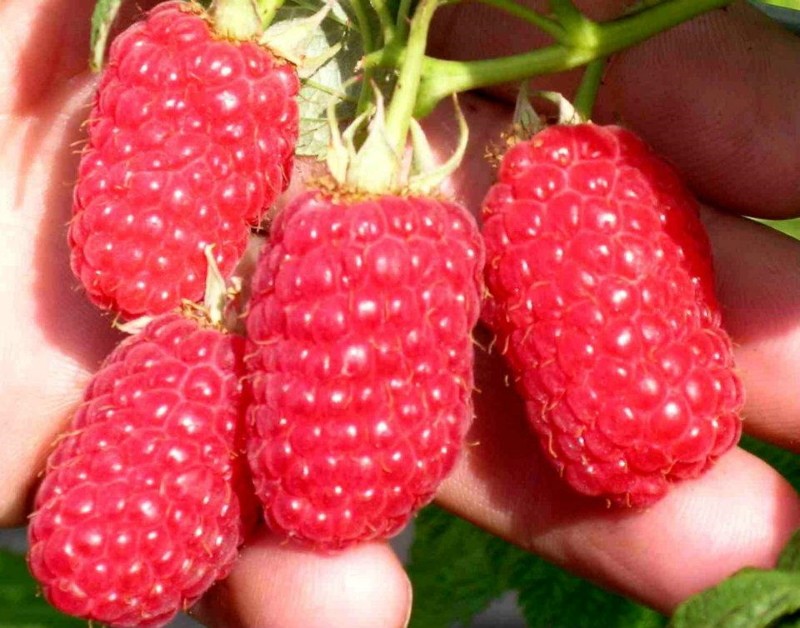 Do you have raspberries growing, large and sweet berries of which can be stored in the refrigerator for two weeks without any problems, without losing either density or taste? You must admit that rarely any species has such properties, especially if at the same time it is also unpretentious and harvestable. These and not only qualities have the Laszka raspberry variety – a universal Polish variety that was able to take root even in Siberia. Now you do not need a large raspberry tree and even remontant species. Plant Polish raspberries and their bountiful bushes will provide you with berries until September.

The Russian-language version of the variety name has several variations. Most often, raspberries can be found under the name Lyachka or Lyashka. But it would be correct to call the Laska variety – in honor of the Polish town of the same name.. 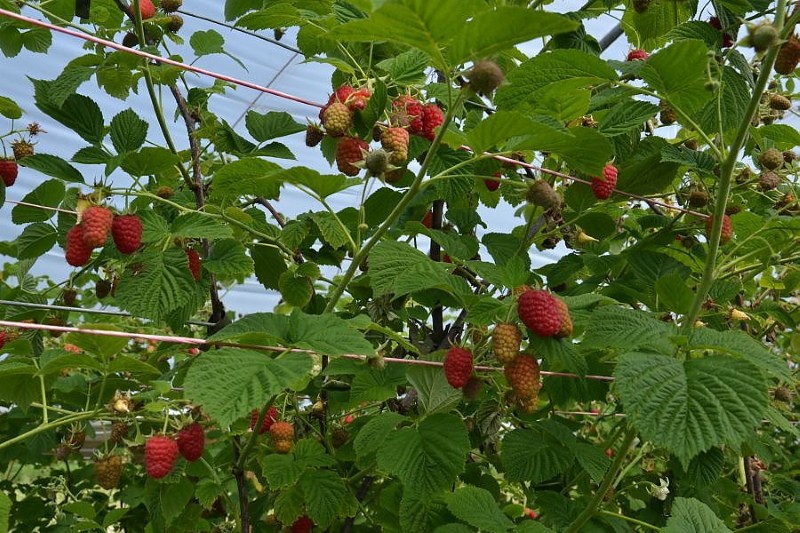 On the territory of Russia, the Polish variety is not so long ago, less than 15 years, but has already managed to stand out and acquire its own fans. Not surprising, because in terms of its characteristics, Lashka bypasses even many domestic improved hybrids..

The variety is not remontant; it yields on last year’s shoots. But fruiting lasts all summer and even in September you can still find the last berries. The plants themselves are distinguished by their great vigor of growth. Not only do the bushes “stretch” up to 3 m, they also give a lot of root growth. There will be no problems with the breeding of the variety, but the hassle will increase. Firstly, it is necessary to remove the extra “young growth” in a timely manner, and secondly, it is imperative to install the trellis. Otherwise, the bushes will break under the weight of the crop or from the wind. In addition, it is advisable to limit their height to at least 2 m by cutting off the tops. So it is more convenient to harvest the crop, and there will be more berries thanks to the new side branches..

Raspberry Lashka easily tolerates wintering with frosts up to 30 ° C, rarely gets sick, is almost not affected by pests. 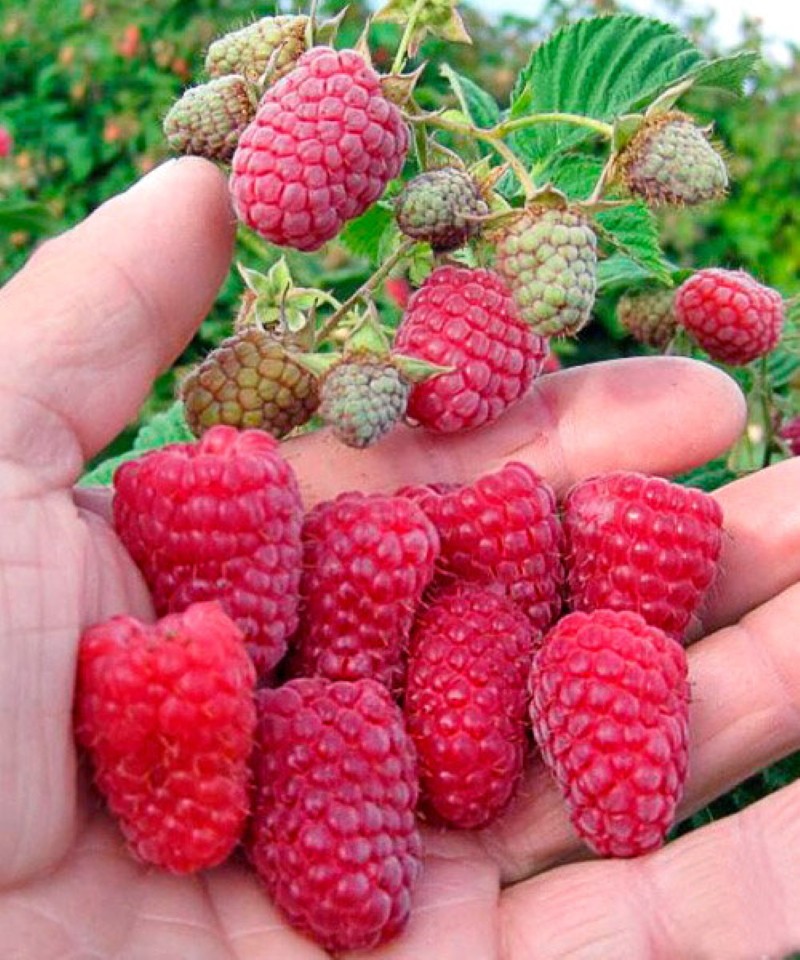 If you follow the raspberry tree, cut it correctly, feed it with nitrogen at the beginning of the growing season and remove excess growth, then up to 6 kg of berries can be removed from one bush per season. Moreover, they will ripen all summer, so there is no need to plant additional remontant varieties. Lashka’s berries are very large, almost triangular, up to 4 cm long and weighing 8-10 g each. The Polish woman is distinguished by incredibly dense drupes and sweet pulp with a slight sourness. Raspberries can be stored for a day even without a refrigerator, and they will stay cool for 14 days, which is 2 times longer than most types of crops. The berries are dense, do not crumble from the bush, keep their shape during transportation, and when frozen, and in jam.

Pros and cons of the Polish variety The disadvantages of the variety relate to the peculiarities of plant development. Very tall bushes need trellis and pruning, and they also “wake up” early after wintering. This increases the risk of kidney freezing from recurrent frost..