You’re asking: “Will it be possible to preserve the Emerald Stream cucumber for the winter, without softening the fruits in the blanks? I bought seeds for testing, I had never grown such large cucumbers before. The variety pleased us with its simply unprecedented harvest and very tasty sweet fruits. And all the seeds have sprung up, so I don’t know where to put the vegetables now. Judging by the amount of ovary, two bushes would be enough for us. Can they be pickled or fermented, and in general, how long does this variety bear fruit? It’s already August, and my bushes are all blooming. “ 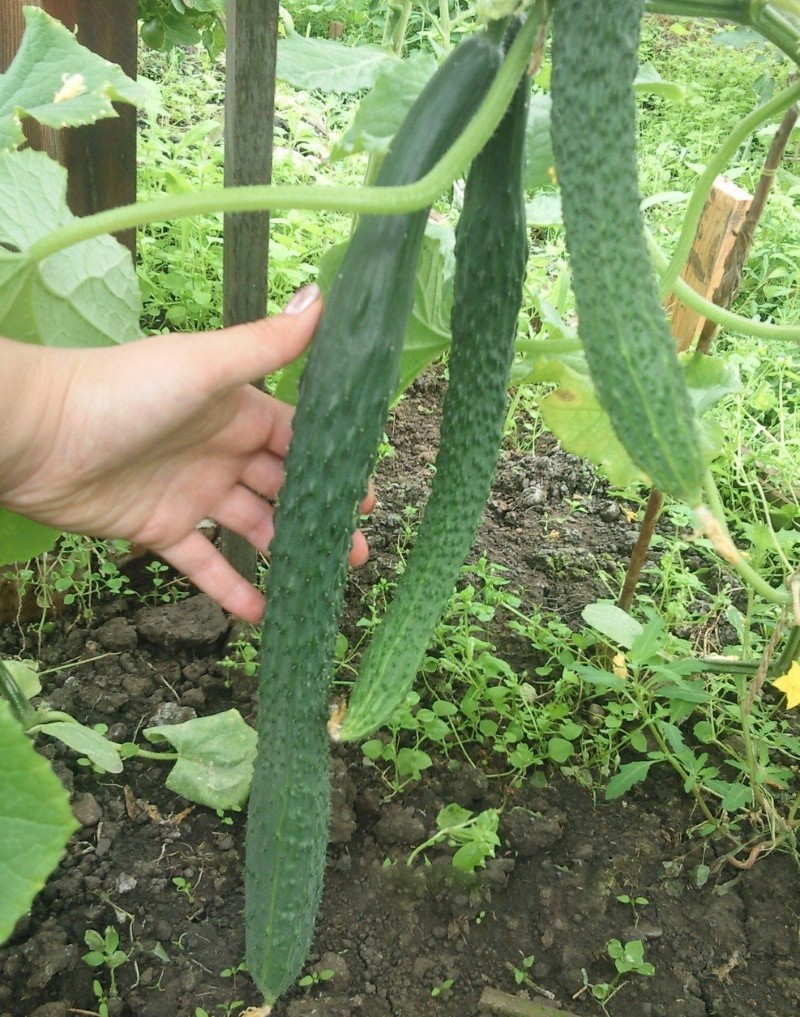 We answer: Hybrid salad varieties attract the attention of gardeners, first of all, for their excellent taste, because they have no bitterness at all. One of these species is the Emerald Stream cucumber, a hybrid bred by the Russian agricultural firm SeDeK. The variety is still young, only 14 years old, registered in the State Register, but already enjoying popularity. It is not surprising, because, like all hybrids, it is characterized by increased stability and unpretentiousness. In addition, it represents one of the Chinese varieties of long-fruited cucumbers with excellent taste..

Cucumber Emerald Stream – what is special about the variety 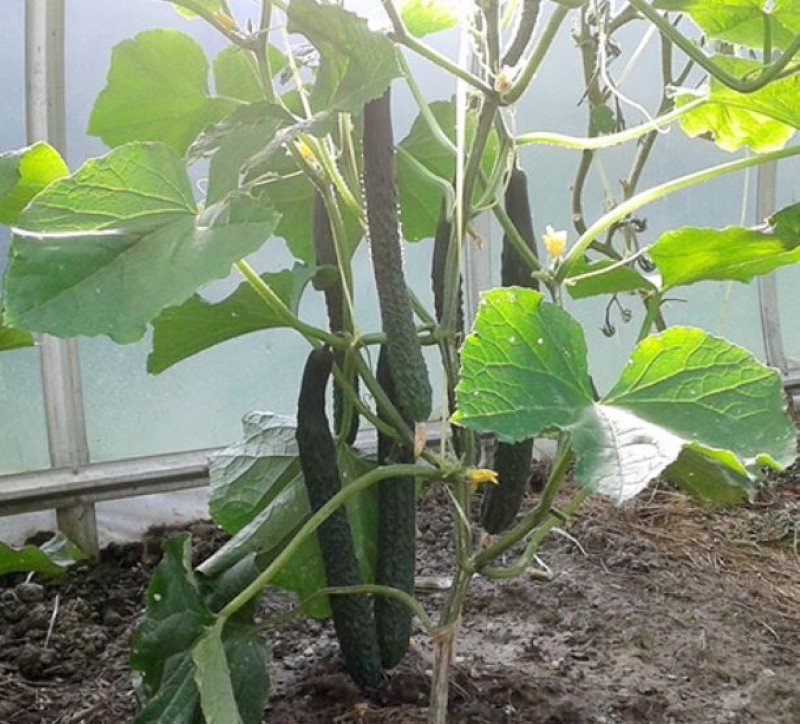 The domestic hybrid belongs to the parthenocarpic species, due to which it can be grown both in the open field and in greenhouses and greenhouses. The absence of the need for pollination with insects allows you to plant these cucumbers even as a room crop.

Variety Emerald Stream tolerates shading well, is not afraid of temperature changes. In addition, it does not particularly suffer from short-term drought and has a good immunity to powdery mildew. This allows you to grow a hybrid throughout Russia without being tied to climatic conditions..

The plants themselves are distinguished by their stature, so they need a trellis, but they weave weakly, but they build up strong lashes. Emerald Stream is one of the earliest varieties that will give the first greens within 40 days after planting. Moreover, fruiting lasts the entire season, until autumn, until frosts come.. 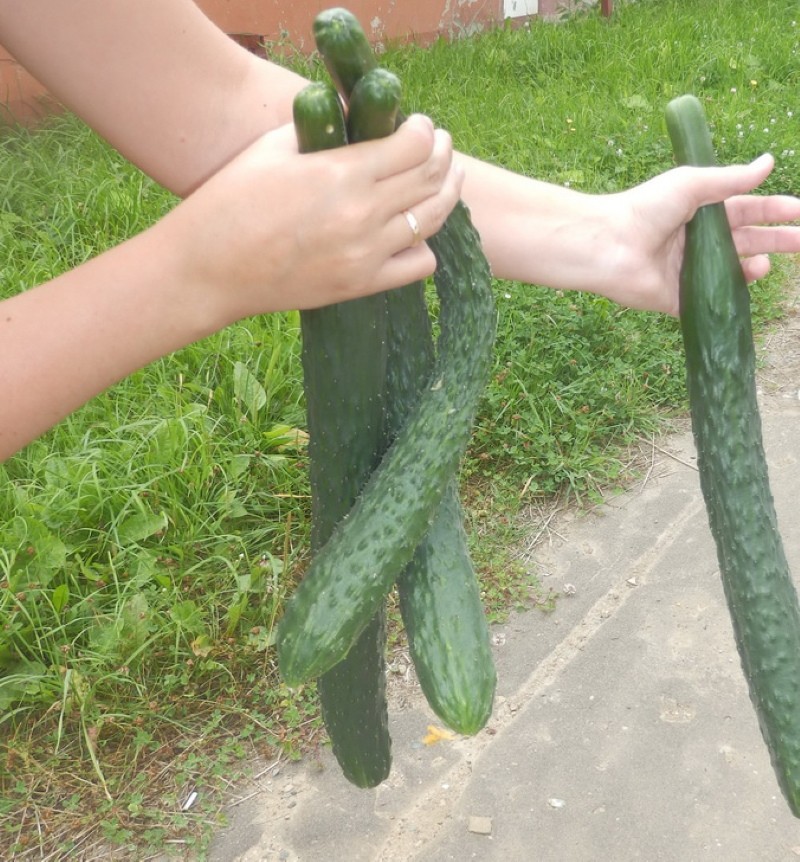 Due to the extended fruiting period in the open field, the hybrid yields more than 7 kg of cucumbers from each square meter. In greenhouses, these figures can be even higher. The variety belongs to the salad long-fruited. The length of young green plants is not less than 20 cm with a mass of up to 200 g. And if you leave the fruits on the bushes and let them grow, they will grow up to 0.5 m. The not overgrown fruits have a thin skin with a large number of sharp thorns on the tubercles. The pulp is dense, almost without seeds, crispy and absolutely no bitterness. This is typical for all types of Chinese salad cucumbers. But it is necessary to harvest on time, because when overgrowing, the skin thickens and turns yellow, and the taste deteriorates.

Cucumbers Emerald Stream are considered a salad variety and are recommended for fresh consumption. But many housewives, removing them at the zelentse stage, successfully pickle and salt cucumbers, cutting them into pieces if necessary. 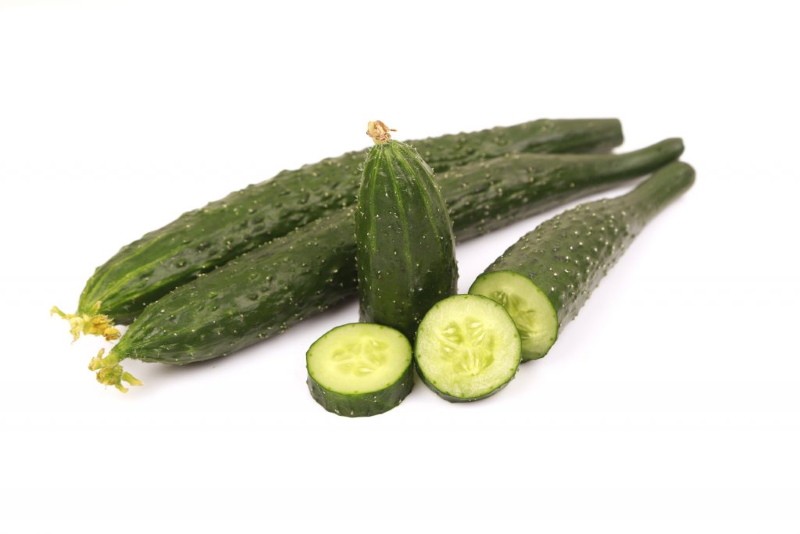 Among the salad species, Emerald Stream stands out for the following advantages:

As for the disadvantages, these include vulnerability to root rot. Cucumbers are also absolutely not suitable for storage, they must be used immediately after collection. And if bees pollinate the flowers during flowering, then the fruits can grow deformed, crooked.