Tell us how to stop the growth of indeterminate tomatoes? We planted our favorite cherry trees in the greenhouse, but did not notice on the package that the variety was tall. They were notoriously worn out with them, despite the fact that the greenhouse is quite high. I had to almost fold the bush in half, and he still strove to break free, propping up the ceiling. Although the tomatoes themselves turned out to be very tasty. If you tell me how to stop them “flying”, I will plant them next year.. 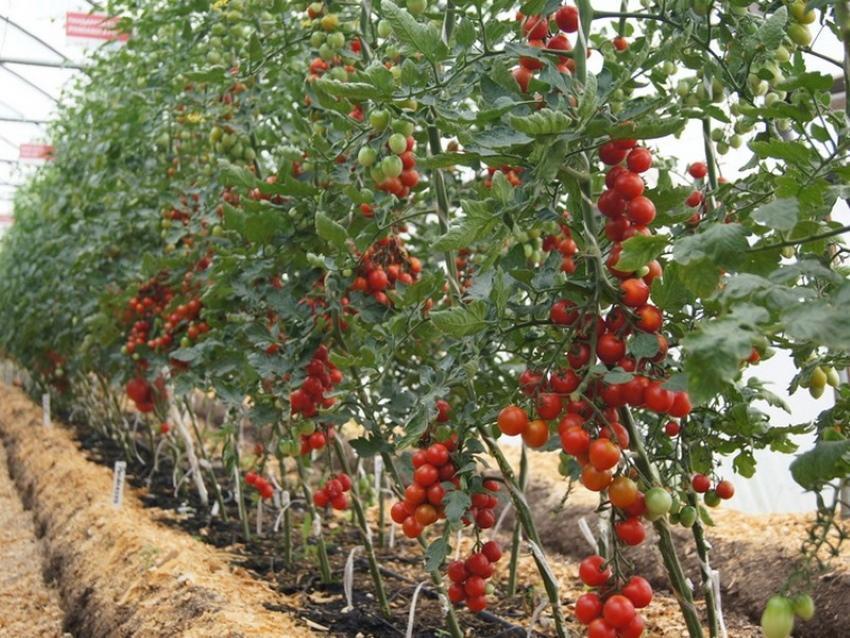 Indeterminate tomatoes are tall varieties that are characterized not only by a decent height, but also by strong growth. Growing up to 3 m high shoots during the season, they give a more bountiful harvest, which is undoubtedly an advantage, but, on the other hand, it also causes inconvenience. When grown in a greenhouse, gardeners face the pressing question of how to stop the growth of indeterminate tomatoes. Indoors, the height of the plants is limited by the ceiling. But this kind of culture “does not understand” and stubbornly stretches upward. Leaning the top of its head against the obstacle, the bush slows down development, and the harvest time is postponed. Moreover, its quality also suffers, because the fruits can no longer gain the required size. In order for tall varieties to please with the result, it is necessary to strictly adhere to the rules for their cultivation..

How to stop the growth of indeterminate tomatoes 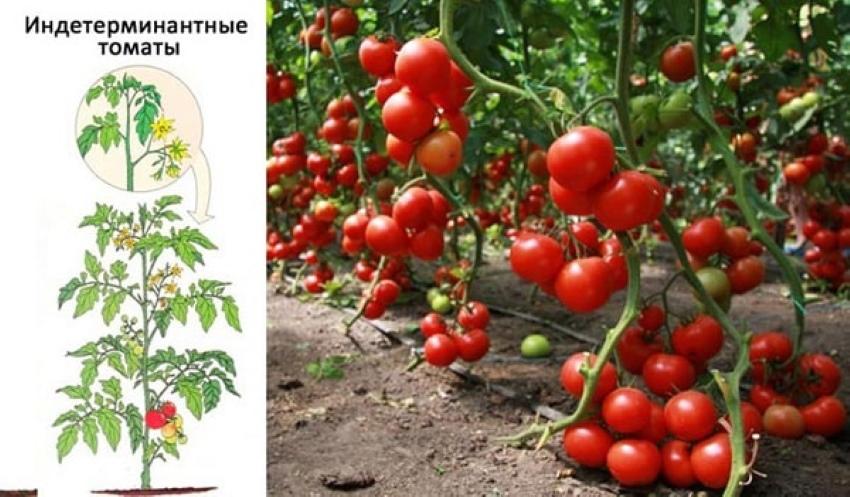 Some varieties themselves stop development, but not earlier than they reach 3 m. Agree, not every greenhouse has such dimensions. What can we say about tomatoes that develop without edging. They, like liana, will creep along the structure, but the fruits will be small in this case. It is for this that the forced stop of the growth of bushes is needed, which consists in their competent formation..

The formation process consists of several procedures performed in turn:

In addition to shaping, indeterminate tomatoes must be tied up. Otherwise, they will break under the weight of the plant itself and the pouring fruits.. 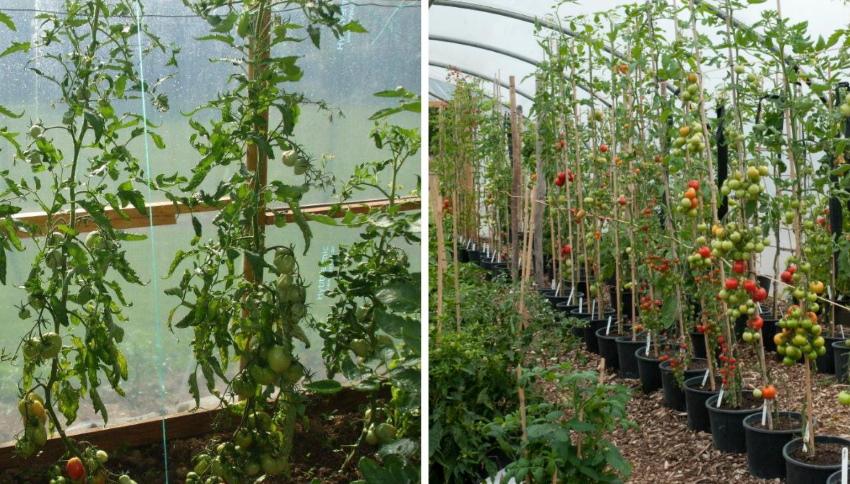 Side shoots must be removed throughout the growing season. If this is not done, the bush will become thick and painful. In addition, the stepsons pull juices from the plant, disrupting the uniform ripening of the tomato..

As soon as the stepson has reached 5 cm, he must be removed. The first lateral branches usually appear after 6 leaves, approximately after transplanting. In the future, tomatoes should be pinned at least every 10 days..

There are several ways to form indeterminate varieties: 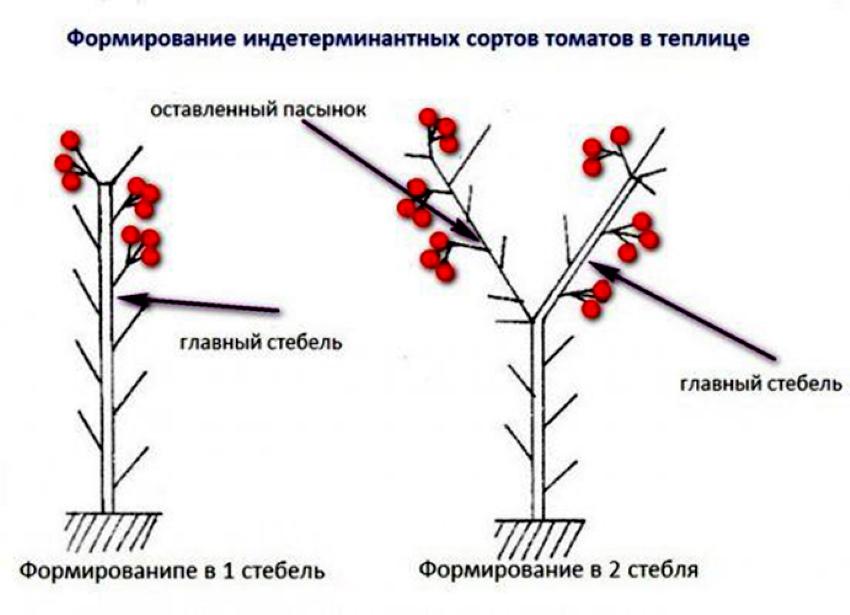 When the tomatoes are freed from some of the brushes, the load is normalized. It is necessary to break off the underdeveloped and thickened ovary. In addition, given that the first ovary takes a very long time to ripen, it is also advisable to remove it. This will accelerate the ripening of fruits located higher on the plant, and will also stimulate the emergence of new ones..

Freeing a bush from leaves 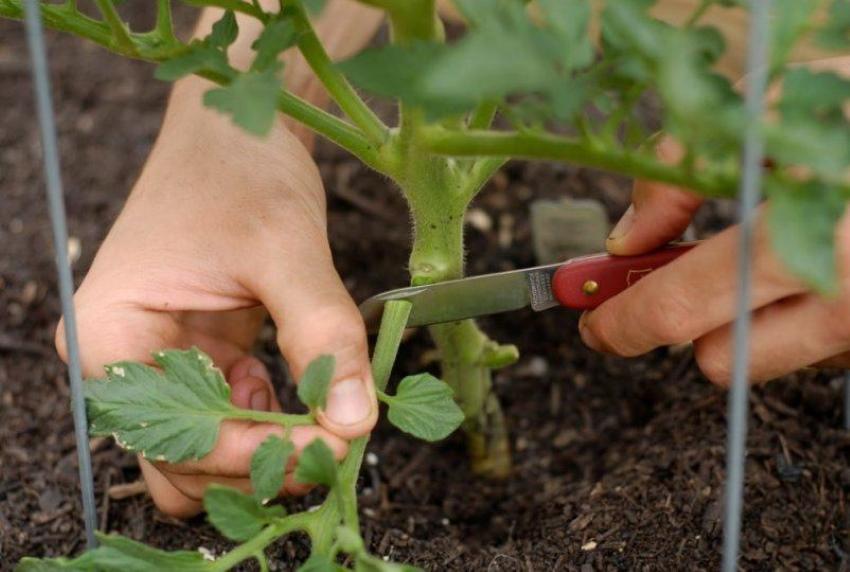 Of course, you should not cut off all the foliage, but you definitely need to get rid of the lowest one. Otherwise, it can cause pathogenic fungi and bacteria to enter the plant. Also, leaves are not needed under the lower ovary. Cut them off as soon as she starts to blush. 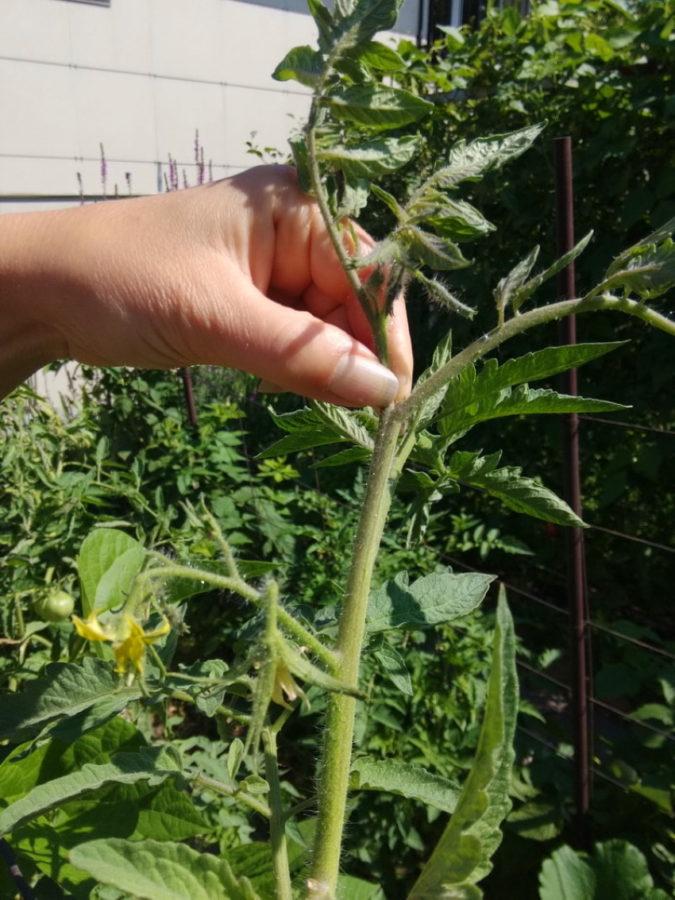 At the end of fruiting, around the month of August, it is necessary to “decapitate” the bush. Be sure to leave the top pair of leaves. Then the fruits will ripen faster..