Picking pepper seedlings: when, where and how correctly

We sowed pepper seedlings, the seeds sprouted together. Tell me when to dive pepper? Last year, despite the additional lighting, the seedlings were stretched out, and the bushes were weak, moreover, they were planted too late, and some plants even died. I would like to prevent such mistakes now and not to miss the picking process.

Many gardeners, when growing seedlings, in particular peppers, use peat cups or tablets, which avoids picking and injuring seedlings during transplantation. But it is not always possible to purchase them, besides, these are additional costs, therefore, most often the seeds are initially sown in a common container. In this case, picking is a mandatory procedure for growing seedlings. With mass sowing, the seedlings are thickened, as a result of which the plants do not have enough free space for development, their roots are intertwined and they suffer from a lack of lighting. Transplanting pepper seedlings from common dishes into separate containers will guarantee that the bushes will grow strong, and, accordingly, will be able to give a good harvest. When to dive pepper and how to do it right?

How to determine the time of a pick? 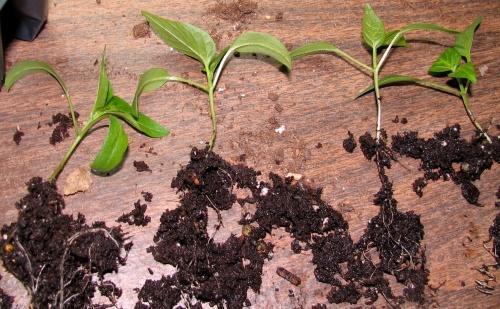 It is difficult to name the exact date of the pepper picking, it all depends on when the seeds were sown. You need to focus on the general development of the bushes. For example, when sowing in February, by the beginning of April, the seedlings are already sufficiently developed and you can start the procedure. On average, from the moment of sowing to a pick, it takes from two to three weeks.

In order to prevent the seedlings from pulling out and to make a pick in a timely manner, the number of real leaves should be taken as a reference point: there should be at least two, but not more than four. Earlier or later picking is fraught with unpleasant consequences – plants may simply not take root. 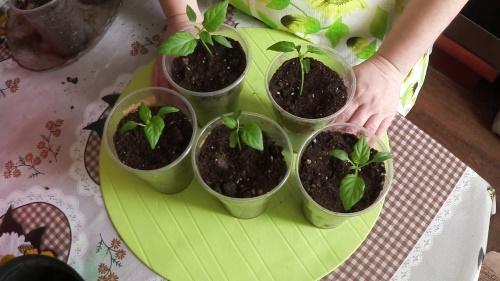 You can transplant peppers into any dish, the main thing is that it is high enough, because the roots and the bush itself need a place for development, and with holes for the outflow of excess moisture so that the pepper does not rot. Quite expensive peat pots can be easily replaced with a more affordable option – make paper cups. They can also be planted in the ground without removing the bushes (the paper will decompose over time in the soil).

Plastic or cardboard packages for sour cream or yogurt keep their shape better than paper ones, but then the seedlings should be removed.

How to dive pepper correctly? 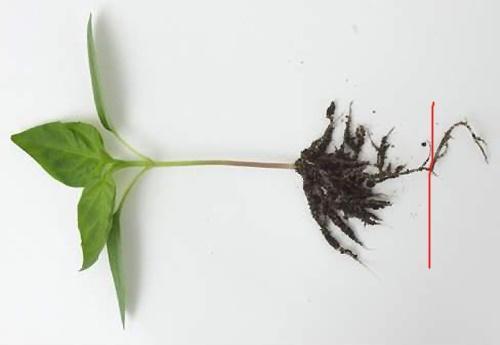 Many novice gardeners think that picking is a simple transplant, however, in addition to moving the seedlings into a separate dish, the central root of the pepper is also truncated to stimulate the formation of lateral processes, as a result of which it builds up a strong and branched root system.

Two days before the pick, the pepper is not watered – the soil should dry out slightly so that it is easier to remove the seedlings. But if the soil is dense enough, then it is better to shed the bushes a couple of hours before transplanting.

The picking process itself is quite simple:

It is not necessary to deeply bury the seedlings – it must be covered with earth to the place as before.

After picking, the pepper is kept for two days in a darkened place with a temperature of about 20 degrees Celsius, slightly moistening at the root. Seedlings can plant a little – this is normal, but it quickly adapts, and after a few days the pepper is returned to a bright place, where it begins to actively develop.