You’re asking: “Does the Severyanka red-cheeked pear need pollinators and when does it ripen? When buying a seedling, the seller assured that the variety was self-fertile, although it was more important for us to find a pear with high winter hardiness. The tree has taken root well, it winters well too, but for the sixth year now, and there are no fruits. Last year, the pear blossomed, but the ovary has not yet formed. So I think, either she is sick, or she needs to plant a pollinator. What do you think?” 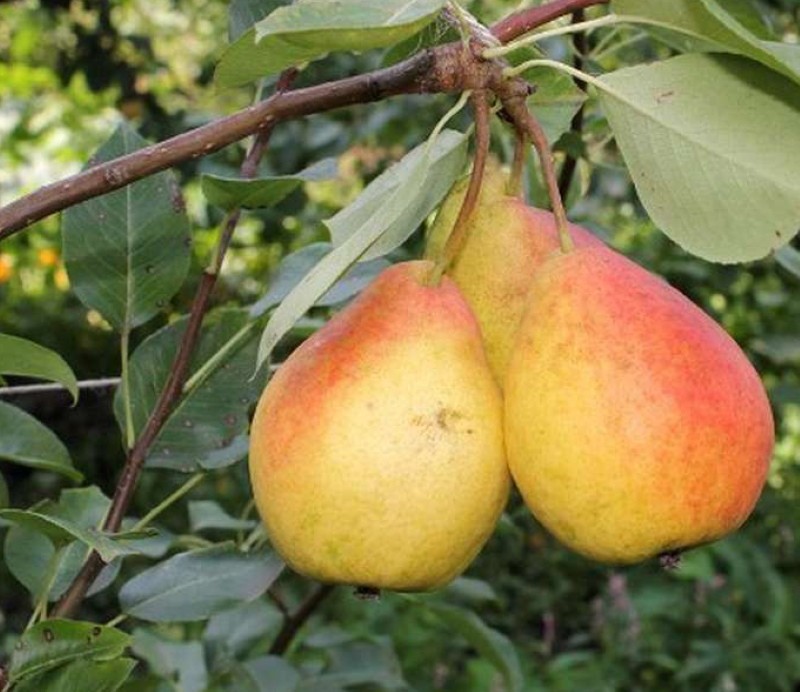 We answer: Today, hybrid pears of young selection are increasingly found in gardens, which are gradually replacing old species. And not surprisingly, because modern varieties are more resistant, which makes them easier to grow. Severyanka red-cheeked pear is one of the relatively new hybrid varieties, which began to be tested back in 1998. His parents were two varieties of the same name, from which the hybrid inherited high cold and winter hardiness, as well as good yield indicators. 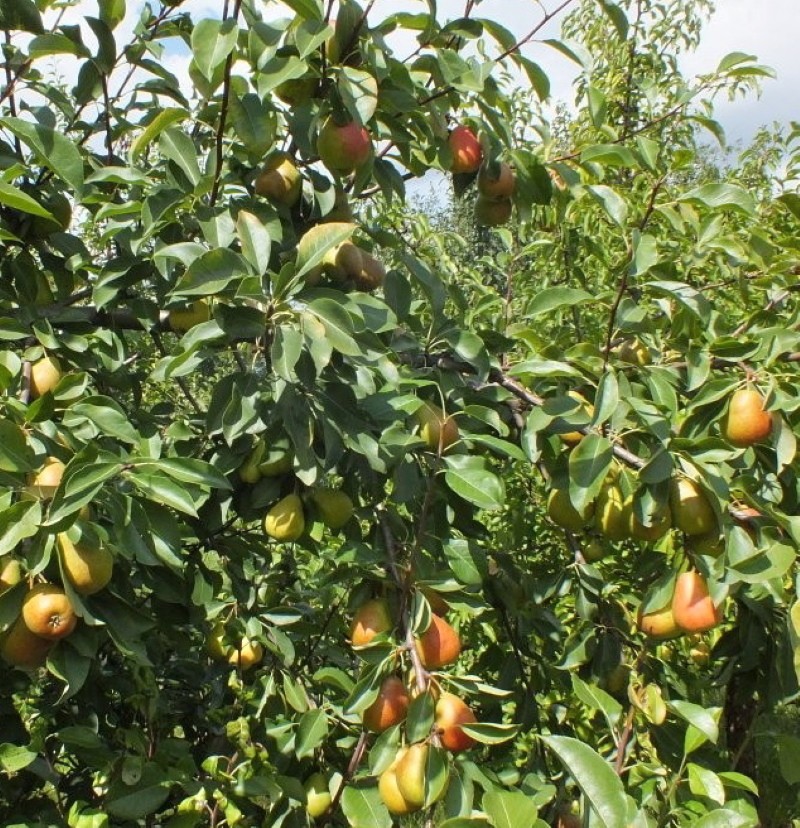 The tree itself is quite compact in size and even in adulthood does not exceed 6 m in height. But, thanks to the branches outgoing almost at right angles, it grows a wide crown. Its top is narrower and gives the tree the shape of a pyramid. But the diameter of the lower part is equal to the total height of the tree.

The pear variety Severyanka red-cheeked is very frost-resistant. The tree tolerates frosts well down to minus 30 ° С. It also has resistance to scab and septoria. 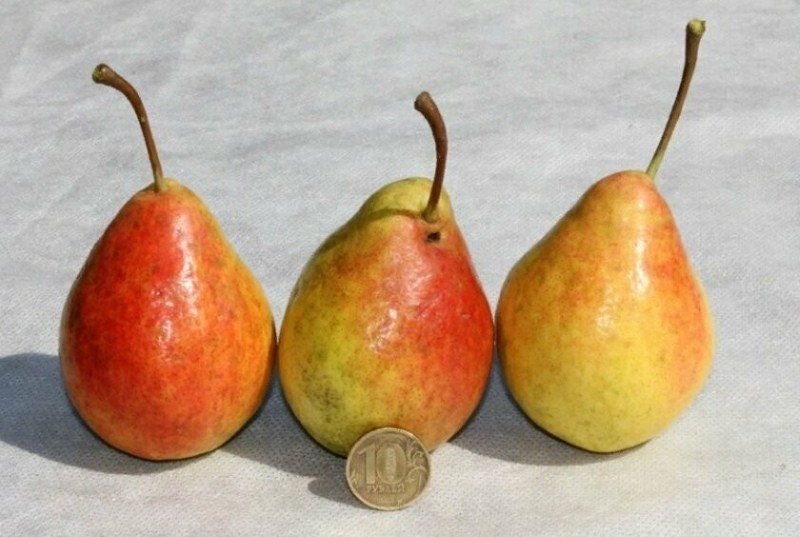 In terms of ripening, the Severyanka red-cheeked pear belongs to the summer species. It begins its first fruiting in the fifth year after planting. The tree blooms early, already in April, but due to its high cold resistance, the inflorescences do not suffer from recurrent frosts. Therefore, the yield of the hybrid is stable and quite good. With good care, an adult pear can take up to 100 kg of fruit.

Although the hybrid will not surprise with especially large fruit sizes – the average weight is 100-120 g. And in especially fruitful years, pears are even smaller, no more than 80 g. Their shape is classic pear-shaped, the crown is narrowed. The bark is smooth, shiny, rather thin. The main cover color of pears is yellow-green; on the sunny side, a blurred striped red blush appears. This gave the variety its name..

Despite the fact that the hybrid is declared self-fertile, a bountiful harvest cannot be expected without pollinators. Best of all with the pollination of the Severyanka red-cheeked pear tree in memory of Yakovlev. Also for these purposes, the varieties Fairy and Tikhiy Don are suitable..

Taste characteristics are not very outstanding – ordinary pear taste, with a well-felt sourness. But pears are very fragrant and juicy. True, they are stored after collection for no more than two weeks, however, like most summer varieties..

A characteristic feature of the variety is the tendency of ripe fruits to shedding. Therefore, the crop must be harvested immediately, or even better – a little earlier..

Pros and cons of a summer variety 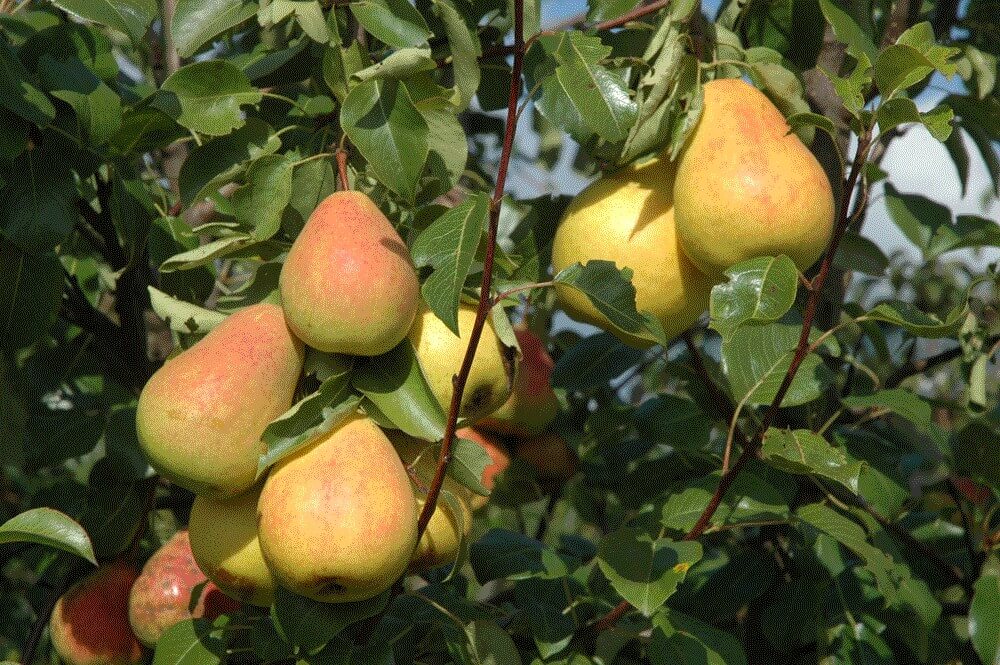 Among the advantages of the Severyanka red-cheeked pear, gardeners note:

However, the fruits themselves could not get high marks, and this is considered the main disadvantage of the hybrid. Small sweet and sour pears, although juicy, are not to everyone’s liking. Moreover, they are also prone to shedding..

Overview of the pear Severyanka red-cheeked