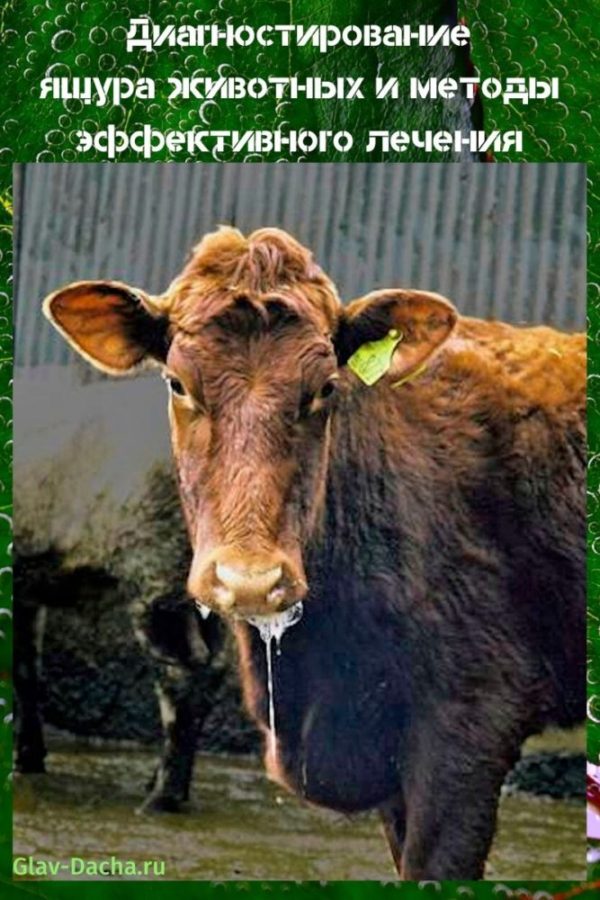 Foot and mouth disease is an acute viral disease that affects domestic and wild artiodactyls, as well as some other species. The virus quickly spreads among livestock, therefore, it poses a great danger to large farms. It causes the formation of ulcers on the skin and mucous membranes, in young animals it is severe. Despite the low mortality rate, the disease causes great damage to the economy of enterprises..

Causative agent of the disease 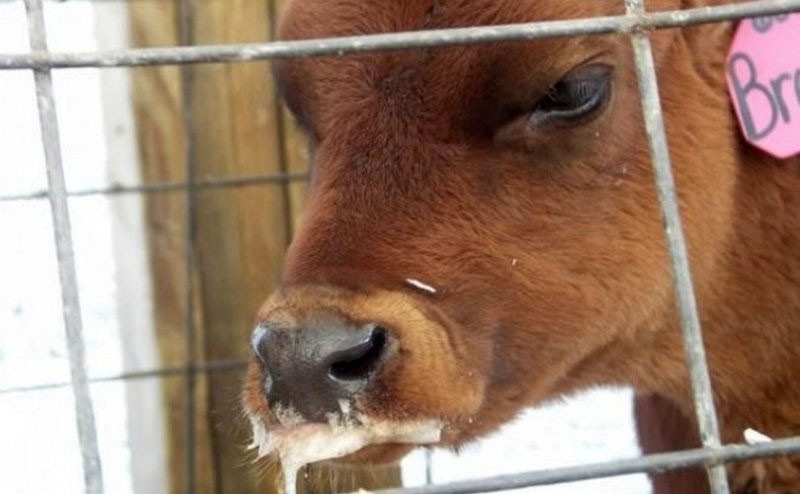 The causative agent of foot and mouth disease in animals is an RNA virus that belongs to the Picornaviridae family. It enters the body of animals with water and food, as well as with inhaled air. The danger lies in the high resistance of the pathogen in the environment. On animal hair, it can last up to 50 days, and in feed and in the ground – up to 150 days. However, the virus immediately dies when boiled, as well as when exposed to certain disinfectants (formaldehyde, sodium hydroxide).

In total, 8 serotypes of the FMD virus are isolated. They differ in structure, but cause a similar clinical picture of the disease. When diagnosing, the type and subtype of the virus must be determined. This is important data, since animals that have been ill develop a short-term immunity, but only to a certain serotype of the virus. On average, it lasts 12-18 months, after which the animal again becomes susceptible to the virus.

Foot and mouth disease is a disease of animals that belong to the order of artiodactyls. The virus can infect any wild or domestic artiodactyl, but cattle are most susceptible. Pigs, goats and sheep become infected less frequently. A person can also be sick with foot and mouth disease, but this is where the chain of transmission of the virus ends. In humans, the disease is rarely transmitted to others and cannot provoke an epidemic. It is treatable and does not cause complications with timely diagnosis and medical care..

The source of the causative agent of foot and mouth disease in animals is infected individuals. The virus is contained in biological material that they release into the environment. It is especially abundant in saliva, it is also found in urine and feces, milk, and the contents of aft. It is also possible to spread the virus in an aerogenic way, with inhaled air. It can be transported over long distances, remaining on feed, personnel clothing, in transport, thereby providing a high degree of infectiousness..

After clinical recovery, animals remain carriers for up to 400 days. They continue to shed the virus into the environment, posing a threat to healthy livestock.

How to recognize animal foot and mouth disease 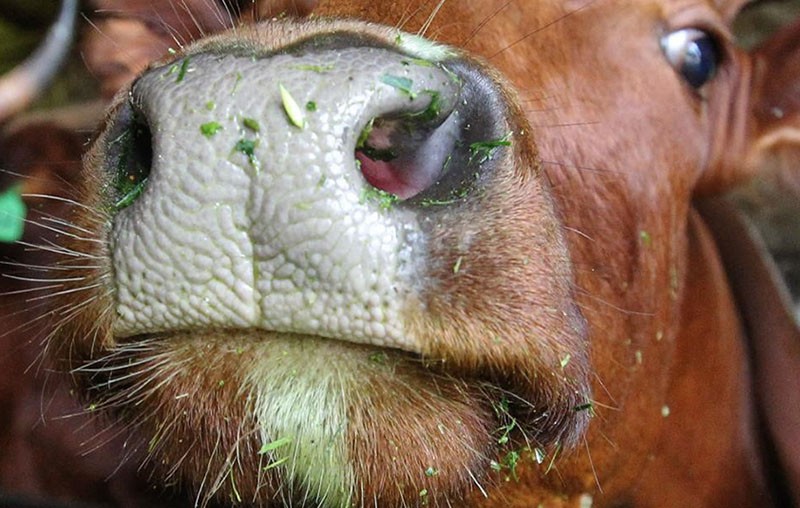 The first symptoms of foot and mouth disease can appear 2-7 days after the virus enters the body, but in some cases the incubation period lasts up to 2-3 weeks. During this time, the animal already releases the virus into the environment and can transmit it to healthy individuals..

The clinical picture of the disease includes the following signs:

The main clinical manifestation of foot and mouth disease in animals is aphthae. They are small bubbles on the surface of the skin and mucous membranes. In cattle, they appear 2-3 days after the onset of symptoms and fever. Most often they are located on the oral mucosa – for this reason, the animals’ appetite worsens, the chewing gum disappears. They can also be found on the skin in the area of ​​the corolla, interdigital fissure and udder. In pigs and other animals, the localization of lesions does not differ. 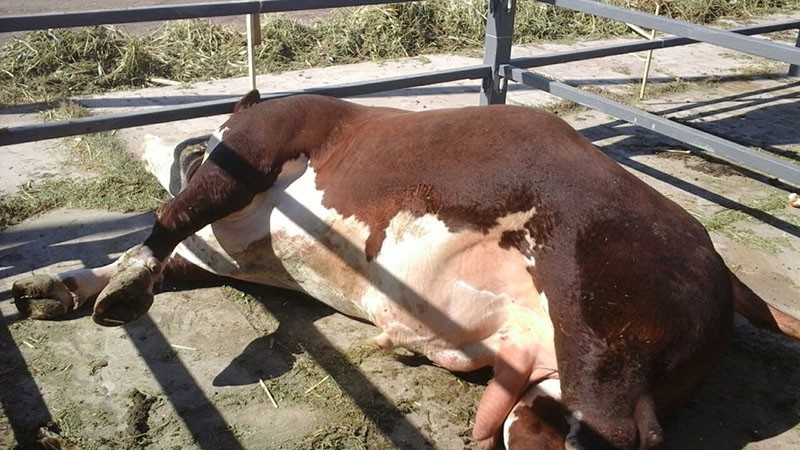 At first, aphthae are filled with a clear liquid, then their contents become cloudy. On days 2-3, they open up, forming erosion. The affected areas are then covered with a new layer of epithelium and heal within a few days. Aphthae are a painful formation that determines the clinical picture of the disease. When they are located in the oral cavity, cows show increased salivation, on the limbs – lameness.

Newborn calves are predominantly diagnosed with an acute, complicated course of foot and mouth disease. The disease can be fatal or cause significant developmental disorders of young animals..

One of the variants of the course is viral myocarditis, inflammation of the heart muscle. Also, the causative agent of foot and mouth disease can affect the mucous membrane of the gastrointestinal tract, causing gastroenteritis with hemorrhage..

Foot and mouth disease is dangerous for pregnant animals – they abort when the virus enters the body. During lactation, milk productivity sharply decreases, the growth and development of calves slows down, and their infection through milk is possible. Also, the disease can occur in a complicated form even in adult animals. In this case, skeletal muscle and heart damage occurs. Possible death due to myocardial paralysis, which occurs after 1-2 weeks. 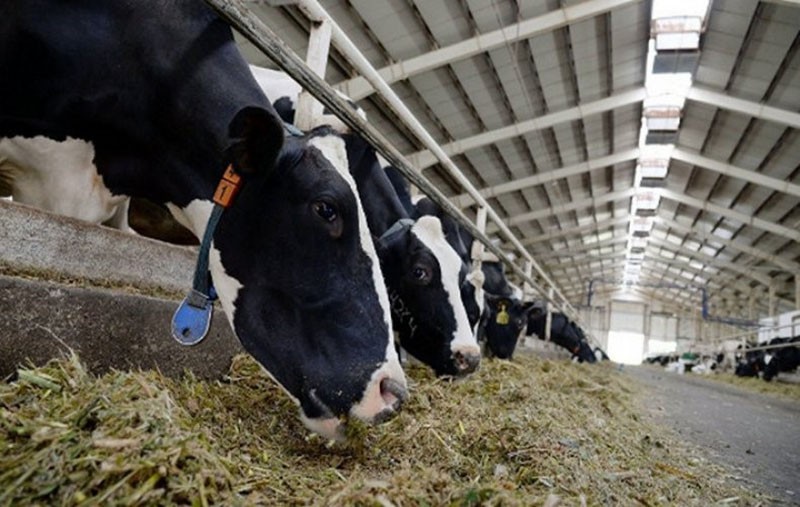 FMD is a disease that is easily diagnosed by clinical signs. However, to confirm the diagnosis, serological and virological studies are required. For the former, blood serum is used – antibodies to the pathogen are found in it. Virological analysis will allow you to accurately determine the type and subtype of the virus in order to choose the most effective treatment. The characteristic features of the disease are high infectivity, in which almost all livestock become ill, and the rapid spread of the virus. FMD must be distinguished from other infectious diseases, including plague, smallpox, vesicular stomatitis, necrobacteriosis and others.

A person can become infected with animal foot and mouth disease by eating dairy products or meat. The disease does not pose a danger to others and proceeds in the form of isolated cases.

Treatment and prevention of foot and mouth disease 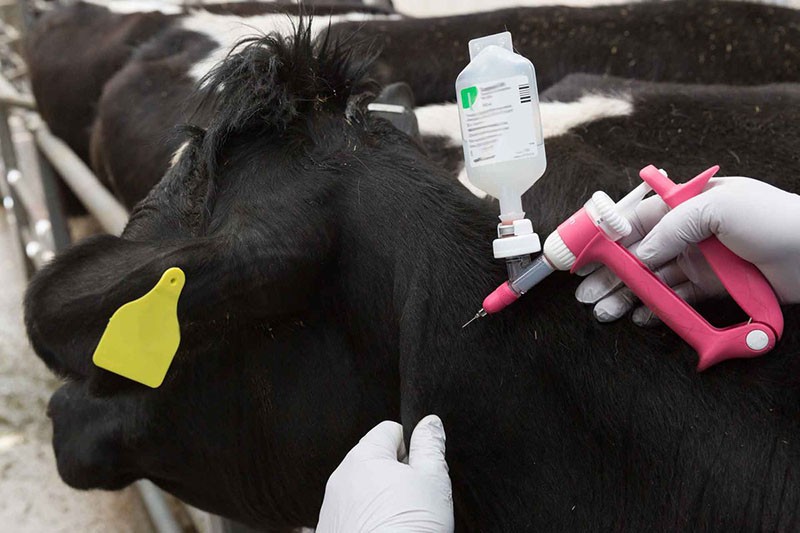 Treatment of foot and mouth disease in animals is symptomatic. Ulcers are treated with disinfectant solutions, and drugs are also prescribed for general health promotion. At the initial stages of the disease, the introduction of hyperimmune sera is effective – in young animals, these measures can reduce the percentage of mortality. However, specific treatment for foot and mouth disease is not available due to the multiplicity of pathogen variants..

If you suspect the development of foot and mouth disease on the territory of a separate farm, quarantine measures are immediately introduced. During this period, it is necessary to completely stop the movement of animals, products of the meat and dairy industries. In addition, the situation should be immediately reported to the state veterinary service. Sick animals and individuals with suspected foot and mouth disease are isolated in the premises where they were before the first symptoms appeared..

To prevent the disease in large and small farms, it is important to know what foot and mouth disease is, and to carry out daily examination of animals.

Specific prophylaxis (vaccination) against foot and mouth disease is not carried out. Difficulties due to the large number of serovariants of the virus.

The main stage in the prevention of foot and mouth disease for humans is the observance of hygiene measures during the care of animals, their feeding and milking. At home, it is important to subject all products of animal origin to heat treatment, namely meat, milk and dairy products..

The foot and mouth disease epidemic on farms and livestock farms is a huge economic loss. The mortality rate of cattle, goats, pigs or sheep is no more than 5%, but meat and milk are unsuitable for food until complete recovery. During this period, the condition of the animals deteriorates, the increase in livestock decreases..