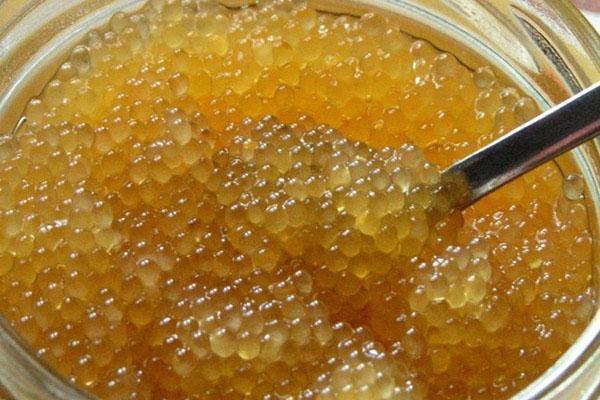 There are several ways to salt pike caviar at home. This product was previously considered a delicacy, as it was difficult to obtain it in large quantities. Caviar was served on the table on holidays with pancakes and other traditional dishes. Now pike can be purchased in stores, but caviar from fish caught with your own hands will be tastier. Salting pike caviar does not require special skills, the process is quick and simple. In terms of taste, it is not inferior to red or black caviar, but it is considered more dietary. 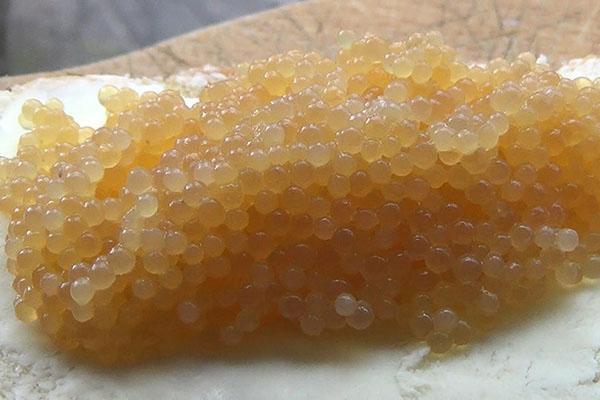 If caviar is caught in the pike, it should be cooked separately. For 500 g of fresh caviar, you need 1 tablespoon of salt and a small amount of water. There may be a little caviar, then it is worth weighing it and calculating the optimal amount of salt.

This is one of the simplest recipes for salting pike caviar at home. If it needs to be served for dinner, you can start cooking in the morning or the day before. Ready caviar is stored in the refrigerator for a long time.

It is difficult to get pike caviar, since catching this fish during its spawning period is protected by law. However, the pike does not lay all its eggs, some of it is preserved, and it can be found in freshly caught fish. This amount will not be enough, so it is better to go to the market and purchase this product in the required volume..

One of the methods for salting pike caviar at home is a recipe with the addition of salt and vegetable oil. For 500 g of caviar, you need two full tablespoons of salt and a small amount of oil:

If pike caviar is salted at home in this way, it will be suitable for consumption for about a week. It is not doused with boiling water, since salt itself is capable of destroying pathogenic microbes..

It is best not to salt a large amount of caviar at a time, as you will need to roll up the jars for better storage. In addition, it can be purchased at any time of the year in stores or on the market.. 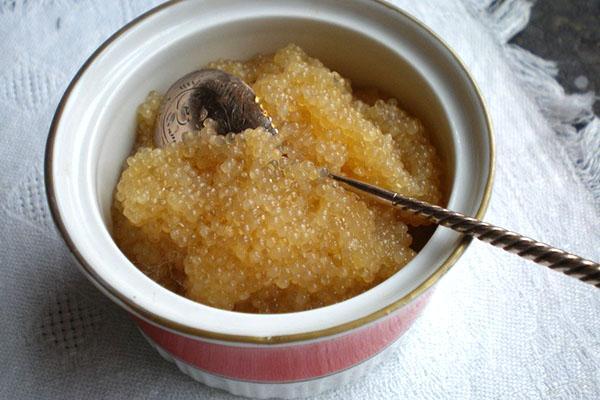 In the previous methods, it was necessary to add salt directly to the caviar. For this you need to beat it with a fork, which violates the structure of the eggs and spoils the appearance of the product. Using a saline solution called brine keeps the grains round and whole.

A small amount of vegetable oil can be added to ready-made caviar. From additional ingredients, green or onions are used, spices to taste.

Recipes for salting pike caviar are not much different. This is due to the fact that pike caviar has its own rich taste and aroma and does not need to be added spices. The main purpose of salting it is to get rid of parasites and other microorganisms that can be in it and be transmitted to humans. Caviar can be served in a separate container, and pancakes can be placed on a nearby dish. There are also recipes for sandwiches and tartlets with butter and pike caviar. It goes well with fresh vegetables and green onions..