An original alternative to classic pastries – making pies with peas 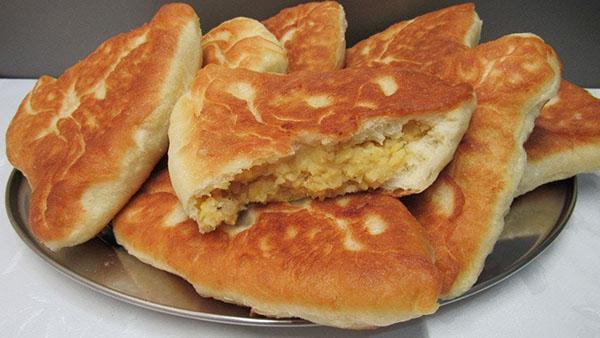 Homemade pea pies are delicious and satisfying. Even today, when the store shelves are literally overflowing with all kinds of baked goods, fragrant pies are still a real treat for children and adults. After all, the aroma of fresh baked goods excites the imagination, and the taste buds are working at full capacity, being afraid to miss a fraction of the smell. How to make pies stuffed with peas will be discussed further. On the subject: how to cook pea soup?

Pea-filled patties are a nutritious, satisfying dish that you can easily make yourself at home. Although such pies cannot be called dietary, sometimes it is quite possible to indulge yourself with these sweets. The dough is prepared according to a universal recipe, so if there is not enough pea filling, it will be possible to make salty and sweet pastries from the remaining dough..

For the filling you will need:

After all the ingredients for future pies are prepared, you can proceed to the direct preparation.

Prepare pea filling in advance. Peas are poured into a saucepan and washed several times with running water. This is necessary in order to wash off dust, dirt, excess starch from the cereals. After washing, the peas are poured with water so that it completely covers the cereal and left for 4 hours, or even better overnight, for swelling.

After swelling, the water is drained from the peas, washed again and poured again with drinking water. A saucepan with peas is put on low heat and boiled until the peas turn into porridge. You can use a pressure or double boiler to make pea porridge. They cook peas much faster.. 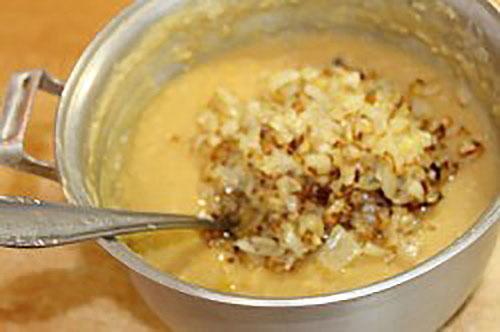 At this time, you need to cook refried carrots and onions. To do this, peel vegetables, cut onions into small cubes, rub carrots on a fine grater, and then fry everything in a small amount of vegetable oil. Do not forget to add salt and pepper overcooking. Put fried onions and carrots in the cooked puree, mix.

The filling for the pea patties is ready, now it is left to cool. If desired, if you want to make the filling smooth and tender, you can beat it with a blender. 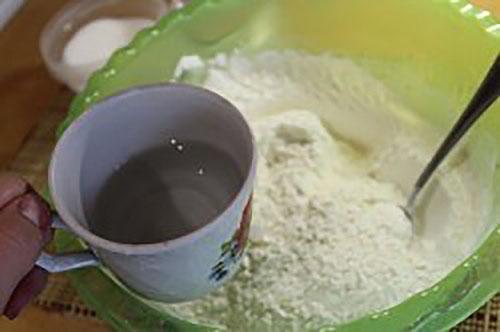 Put yeast in a saucepan, pour it with warm (40-50 degrees) water, add granulated sugar, mix everything thoroughly until the yeast and sugar are completely dissolved. You can add warm milk, yogurt, kefir.

In a separate bowl, sift the flour through a fine sieve to enrich it with oxygen. Yeast mass is poured into the center of the sifted flour in a thin stream. Vegetable oil is added. Stirring the mass first with a spoon, and then with your hands, add flour if necessary, knead an elastic, soft dough. 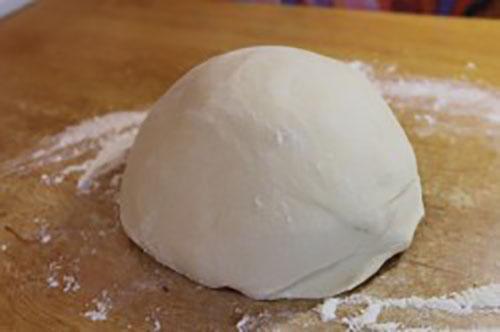 Now it’s time to let the dough come up. To do this, a ball is formed from it, trying not to crush the dough with your hands too much, otherwise the pies will turn out too hard.

The dough should be soft and not sticky to your hands. The softer it is, the more fluffy and airy the cakes will be..

The kneaded dough is placed in a bowl, covered with a towel and left to ferment in the warmth. After a couple of hours, the dough will increase in volume, then you can proceed to direct sculpting of pies with peas. 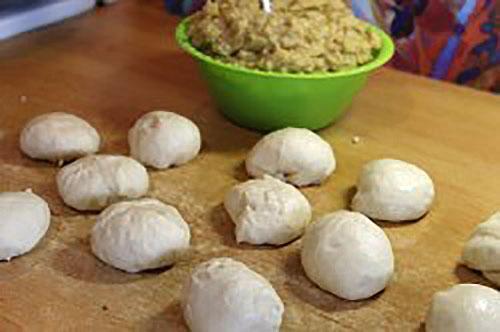 Sprinkle the work surface with flour and spread the dough on it. Now it needs to be divided into small pieces, about the size of a small chicken egg. 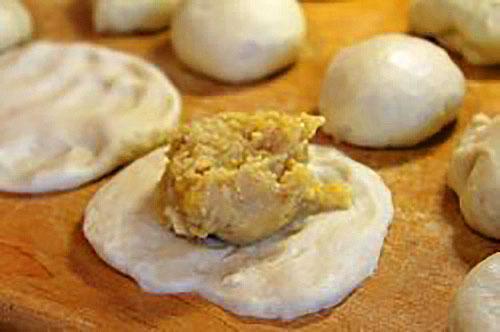 Each piece is rolled into a thin cake. The filling is placed closer to one side of the cake, and the other side is covered, the edges are pinched. It is necessary to crush the pie a little, distributing the filling evenly along its entire length. Then the pies will be fried faster and better. In this way, all the other pies are sculpted. Before cooking, you need to let them stand “rest”, rise a little more. 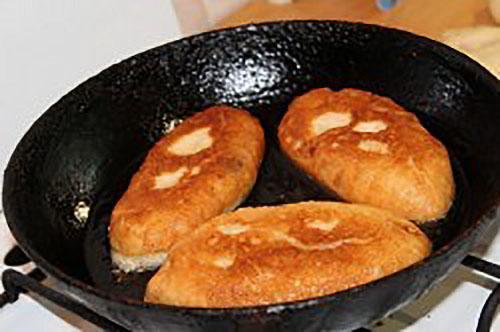 They take a deep frying pan with a thick bottom, pour a large amount of vegetable oil into it, heat it well and carefully put the pies. Fry them until fully cooked on both sides. The resulting ruddy snacks are laid out on paper towels so that they absorb excess oil..

After a few minutes, hot, aromatic, fried pies with delicious pea filling can be served at the table.

But for gourmets, the recipe for pies with peas can be diversified by preparing a delicious sour cream-garlic sauce. To do this, 5-6 cloves of garlic are passed through a meat grinder or press, a glass of sour cream and finely chopped greens are added to it, salt, pepper, everything is thoroughly mixed. The sauce is ready. Fried pea pies can be served with the sauce.

Fried pies turn out to be much fatter than baked ones, because they absorb a lot of oil. Paper towels help to partially get rid of excess oil, but still, people with problems with the digestive tract are better off giving preference to baked pies. 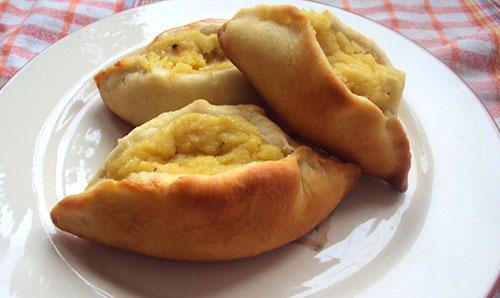 Pies with peas in the oven are prepared according to the same recipe as fried. Before baking, they are greased with egg yolk and sprinkled with garlic oil (in half a glass of any vegetable oil, you need to add a few finely chopped cloves of garlic and leave for several hours). Pies are baked at 180 degrees for half an hour. Times vary depending on the capabilities of the oven.

The aroma from baked pies in garlic sauce in the kitchen will be such that all the household will count the minutes until the moment when they can taste the most aromatic pastries. Ready baked goods should be allowed to stand under a towel (“breathe”), and then served to the table.

You can also use a yeast-free version of the pea pies. In this case, kefir and an egg are added to the recipe instead of water and yeast. Such pies turn out to be lush and light..

Skillful and experienced hostesses, who prefer pea pies, are often baked or fried, give some valuable tips for preparing a delicious dish:

Delicious, hearty, aromatic pies with peas, fried in a pan or baked in the oven, are perfect as a main course, and they also go well with soups and broths. Great budget option for any company!