A proven recipe for onion cutlets for daring chefs

To diversify homemade food, enterprising housewives find new dishes. Many people liked the original recipe for onion cutlets, which even a novice cook or a teenager can cook. In addition, the product is rich in valuable elements that strengthen the body. It has a pleasant taste and unique aroma. Its appetizing appearance attracts not only plant food lovers, but also conservative gourmets. Let’s consider in detail how to cook onion cutlets with your own hands at home.

The classic version of creating a dish 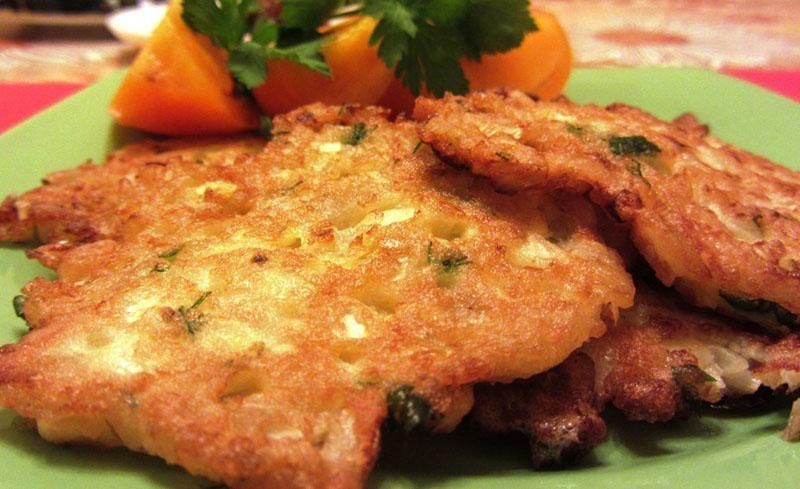 Experienced chefs offer many ways to prepare onion cutlets. Each of them has its own flavor and unique taste. However, the classic version is considered the simplest and most affordable for inexperienced “chefs”.

Prepare a dish from the following ingredients: 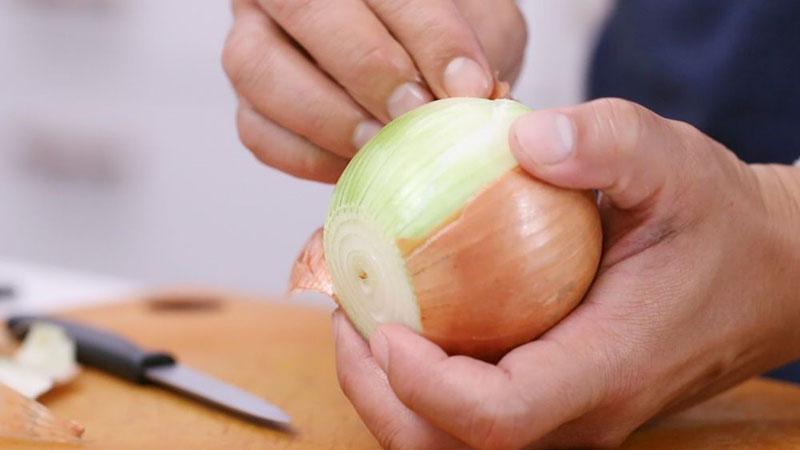 The first step is to peel the onion. Rinse under a strong stream of water. Cut into small pieces or tinder on a coarse grater. 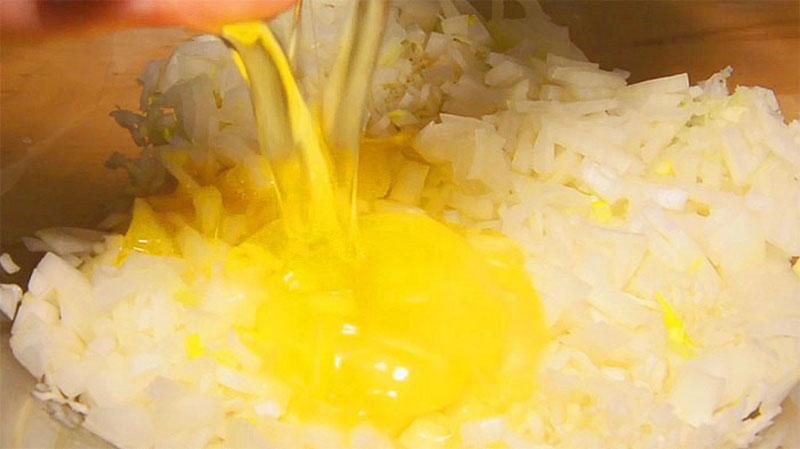 According to the classic recipe of onion cutlets, a chicken egg is driven into the resulting gruel. Flour, salt and spices are added. Mix well.

The resulting mass should have a thick consistency, reminiscent of ordinary minced meat.. 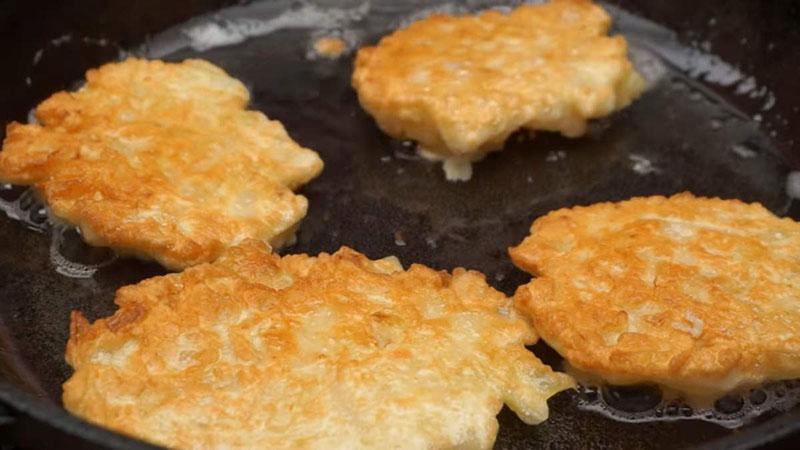 Put the prepared minced meat in a preheated pan with a tablespoon. Forms oval balls. Thoroughly fried on different sides so that they turn brown. Serve the product with any porridge or mashed potatoes. Some people like to use them as a cold snack for intoxicating drinks..

The original recipe for onion cutlets with mushrooms 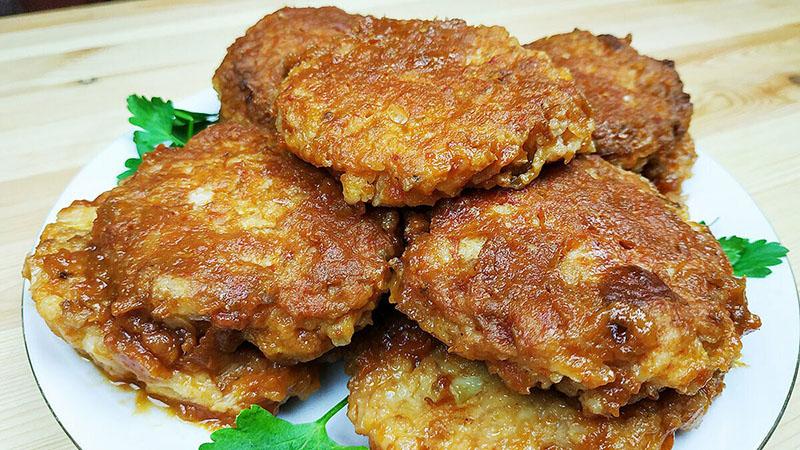 Of course, the classic version has its charms, but with additional ingredients, the cutlets are even tastier. Consider a method of preparing a dish with mushrooms.

A set of products:

Consider a step-by-step recipe for onion cutlets with a photo to get an appetizing dish for dinner. The main thing is to follow the advice of experienced chefs and get to work. 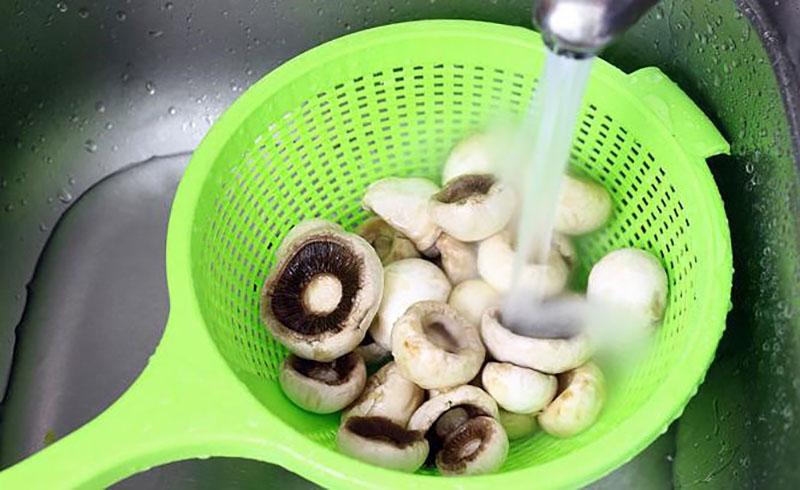 Mushrooms of any kind are cleaned of debris and soil residues. Washed in a colander or a wide container. It is dried and then chopped with a sharp knife. Spread in a preheated pan and fry until the liquid evaporates completely. 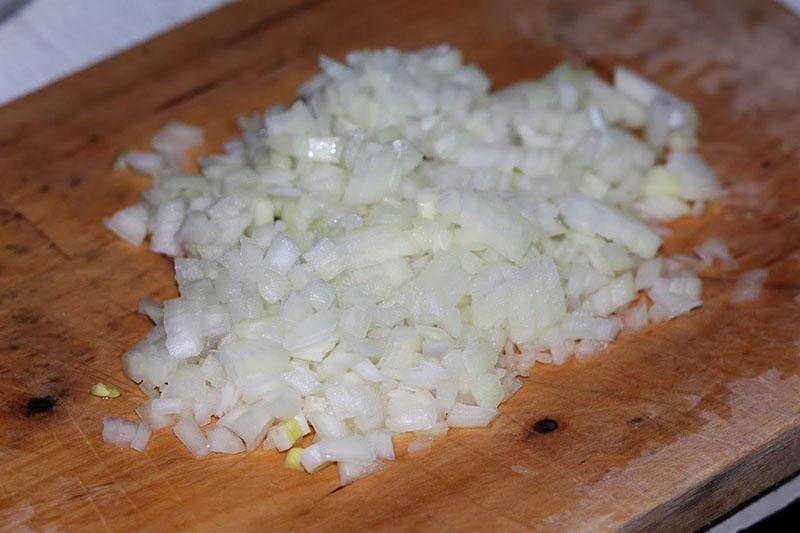 Cut the peeled onions into small pieces. Mixed with mushrooms. Eggs, wheat flour, seasonings and salt are added there. Stir with a wooden spatula. 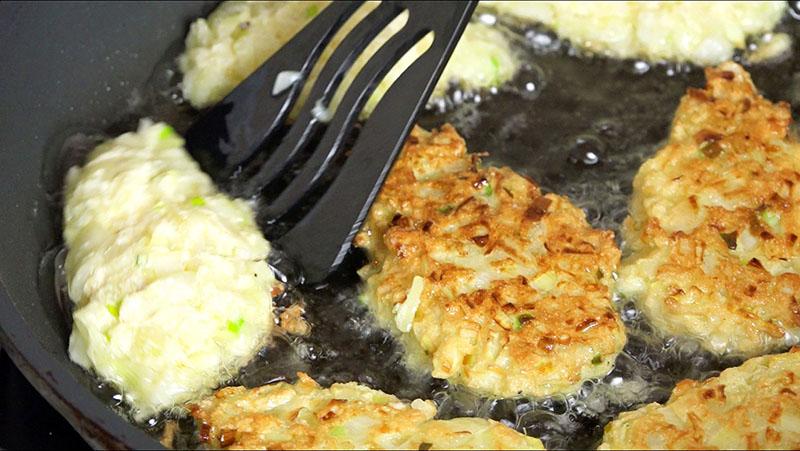 Preheat a spacious skillet. Pour in vegetable oil. Cutlets are formed using a spoon. Fry for about 4 minutes on each side. Serve the dish on a wide plate or with a side dish, as a second course.

Before frying, forest mushrooms should be boiled several times in clean water.. 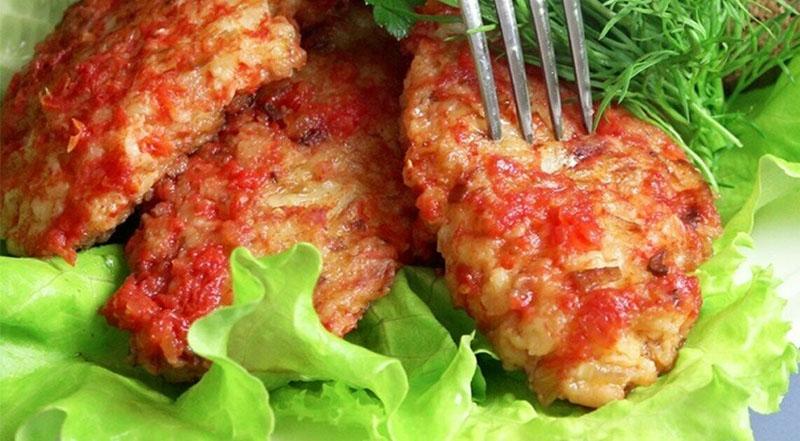 For those who like to experiment, consider an unusual recipe for onion cutlets without flour. Instead, semolina is used. The product is obtained with an original taste and pleasant aroma.. 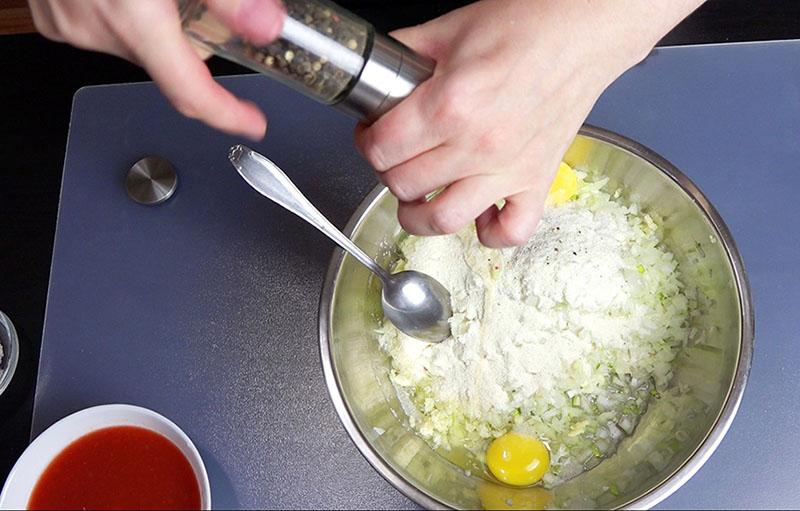 Washed onions are chopped with a blender or cut into small cubes. Eggs, tomato sauce “Ketchup”, semolina, salt and spices are added. Mix thoroughly and beat lightly with a spoon. The mixture is left for 30 minutes. During this period, the cereal swells, and the minced meat acquires the desired texture.. 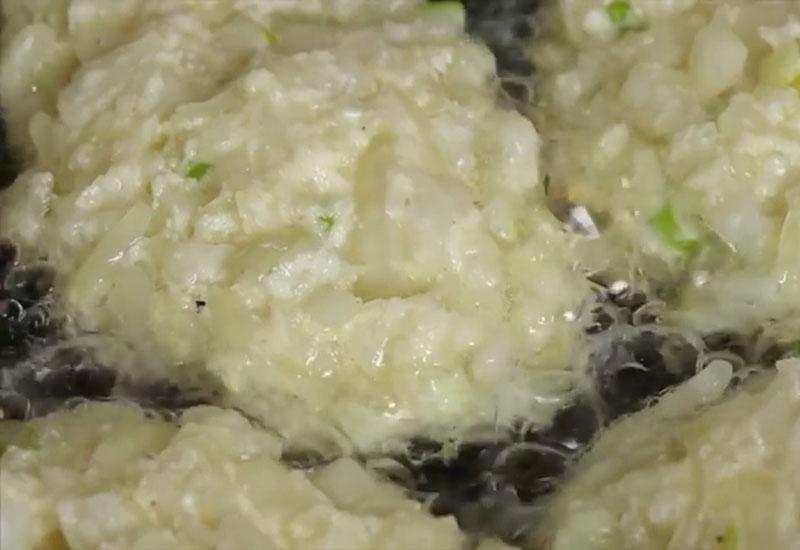 Heat vegetable oil in a frying pan. Then the minced meat is carefully laid out, forming miniature onion cutlets with semolina. Fry them over moderate heat, periodically turning them in different directions. A fragrant delicacy served with mashed potatoes, pasta or buckwheat. Cold cutlets are used for snacks between meals.. 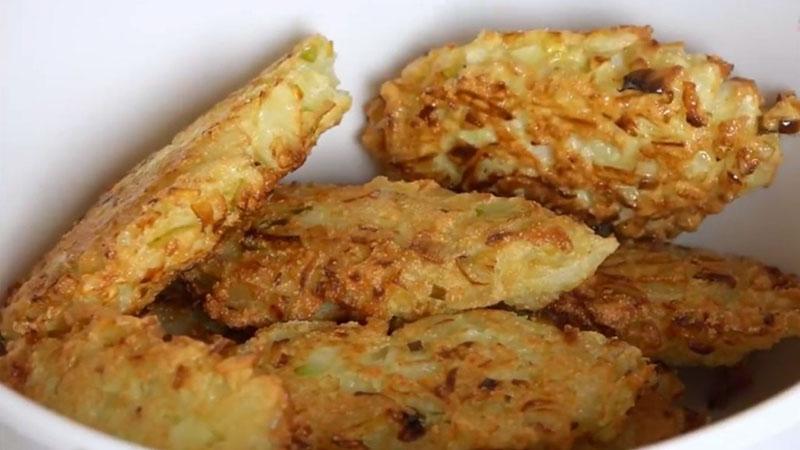 It is not easy for those who are sick to abstain from their favorite foods. To alleviate “suffering”, chefs have created a simple recipe for lean onion cutlets for diet.

Prepare a dish from the following products:

Chopped onions are mixed with canned corn, flour and seasonings. Salt and stir with a wooden spatula. The resulting mass should resemble thick sour cream. 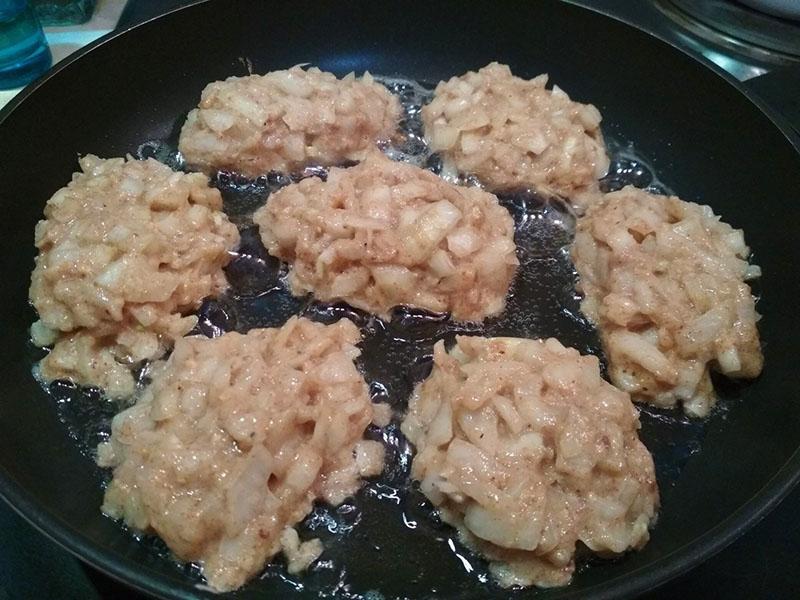 Put the pan on the fire and pour in the oil. Bring it to a boil. Cutlets are formed using a spoon. Fry over medium heat for 10 minutes. When a golden crust forms, remove it on a plate. Served with wheat or rice porridge seasoned with butter.