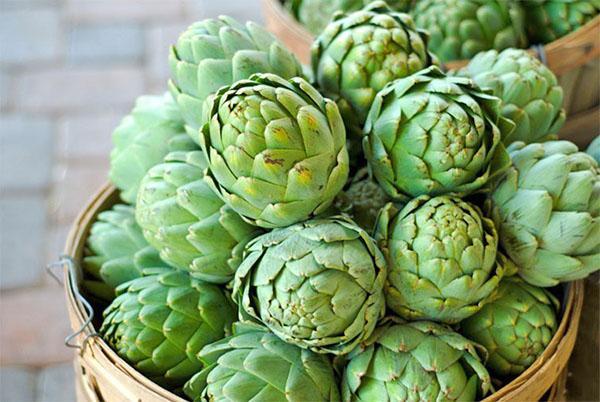 The artichoke, the recipes for which we will describe today, is a herbaceous perennial plant belonging to the Aster family, genus Cynara. The main distribution area covers the Canary Islands and the Mediterranean (more than 10 plant species grow in this area). 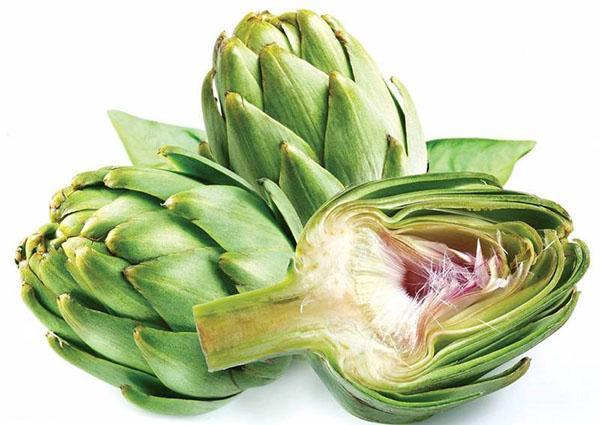 Before you start cooking, you need to choose a product. These should be fresh fruits with tight-fitting leaves. Take the artichoke in your hands – when ripe, it should be quite heavy and firm when pressed, otherwise it is considered that the buds are not fresh and stale. Also pay attention to the color – it should be even and not contain brown spots. The question immediately arises as to what artichoke tastes like. It is somewhat reminiscent of a walnut, only with a certain piquant aftertaste..

The size of the selected fruits is not important, but remember that during preparation, their diameter is significantly reduced, therefore, to prepare a dish, you need to take the weight of the product twice as much as necessary..

Store artichokes for a week in a cool place, after placing them in a bag. Boiled fruits should either be eaten immediately or frozen, otherwise they will acquire a black tint and a bitter taste.. 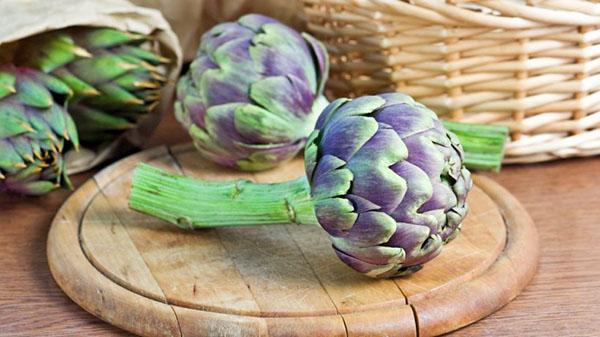 Of all the variety, only two species are eaten: sowing (otherwise it is called prickly Cynara scolumis), and also cardon (known as the Spanish artichoke Cynara cardunculus). For the first representative, only fleshy receptacles are suitable for eating, i.e. the bottom (base of the bud), the second has fleshy petioles of the basal leaves. Artichoke recipes are used to prepare a lot of delicious dishes: salads, hot and cold, pizzas, pies, pastas and even baked goods.. 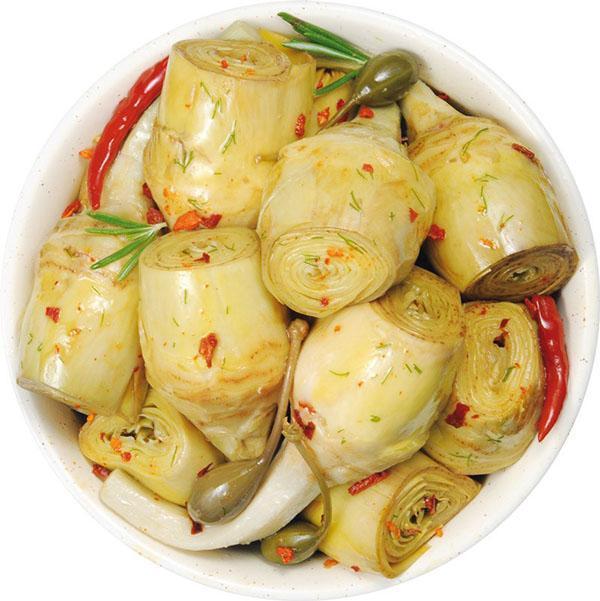 Pickled artichokes are not only healthy, but also delicious. True, the preparation of fruits requires preliminary preparation, otherwise it will be impossible to eat them.

To marinate four medium-sized fruits, you will need 2 lemons, 3 liters of water, and spices. The latter are taken: 3 sprigs of fresh parsley, a couple of cloves of garlic, 0.3 liters of olive oil, salt and pepper according to preference and balsamic vinegar in the amount of 2 tbsp. l.

So, let’s look at how to cook an artichoke in a marinade:

Pickled artichokes can be used as a cold appetizer or in other dishes. For example, they make delicious salads with artichokes..

During cooking, you can take your own set of spices, for example, thyme, cloves, bay leaves, cinnamon, hot peppers, as well as any other vegetable oil. 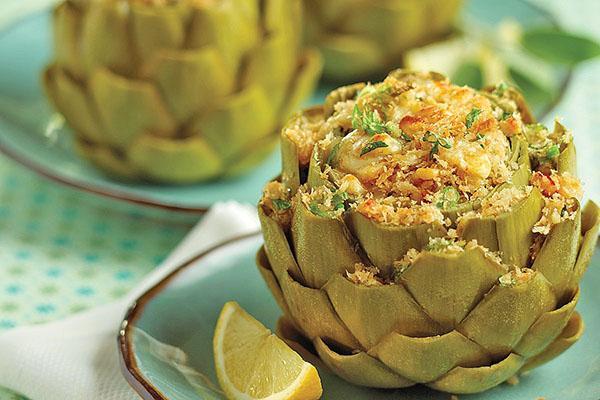 Want to add some exoticism to your diet? Make a hearty, juicy and incredibly tasty artichoke dish – stuff them.

For cooking, take the ratio of 6 buds and ground beef 0.3 kg. Additionally, you will need one lemon, 6 potato tubers, 3 tbsp. l. lemon juice, the same amount of olive or any other vegetable oil, a bunch of fresh parsley, spices and salt according to your preferences:

If you don’t have a pressure cooker, you can use a thick-bottomed saucepan or deep frying pan..

Video recipe for cooking artichokes in a pan

Pasta with artichokes, spinach and cheese

Due to the perfect combination of products, the dish turns out to be incredibly tasty and satisfying. In addition, it is suitable not only for a family dinner, but also for guests..

This artichoke recipe will require 2 cups of pasta., ½ one hundred canned and chopped artichokes. In the same amount of fresh chopped onions and spinach. You will also need 3 garlic cloves, 0.5 tsp. garlic salt, a glass of cream, 2 tbsp. l. cornstarch, salt and pepper to taste. Of the cheeses, grated Swiss cheese, parmesan and mozzarella are used in the amount of 1 tbsp: ¼ Art .: 2 Art. respectively. Also, the dish uses 225 g of cream cheese.

The finished dish is served hot, both whole and cut into portions.

As you can see, the recipes for making artichokes are simple, you just need to properly prepare the fruits. With an effort, you will get a lot of delicious dishes that will always be present on your table..

How to properly clean and cook artichokes – video