How to make buckwheat popcorn at home using simple recipes 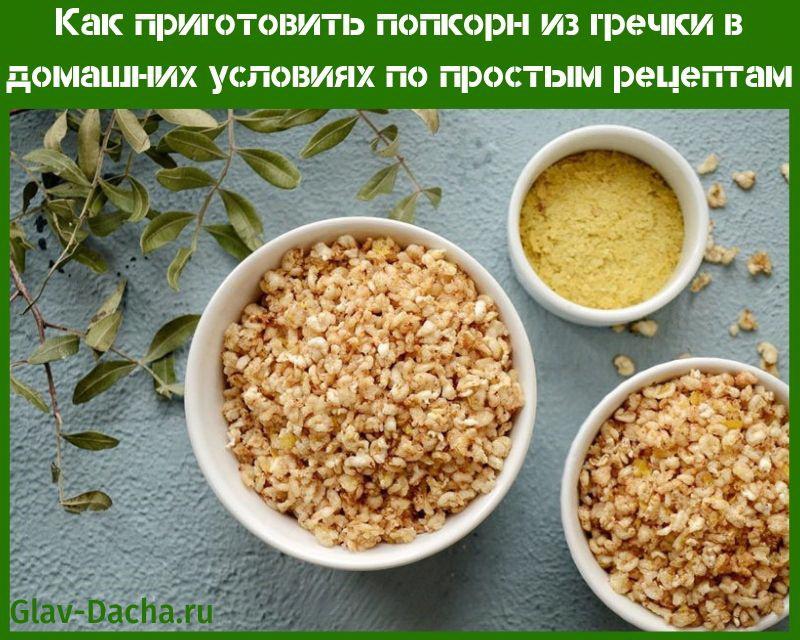 Buckwheat popcorn is used in gourmet dishes: warm salads, desserts. It tastes like a cross between puffed buckwheat and corn popcorn. Depending on the additives and the method of preparation, buckwheat popcorn can be sweet, salty, dry, with the addition of butter and caramel. The calorie content, taste and benefits of the product depend on the method of processing buckwheat. You can also make popcorn at home using your favorite recipe..

Why buckwheat popcorn is useful and its calorie content 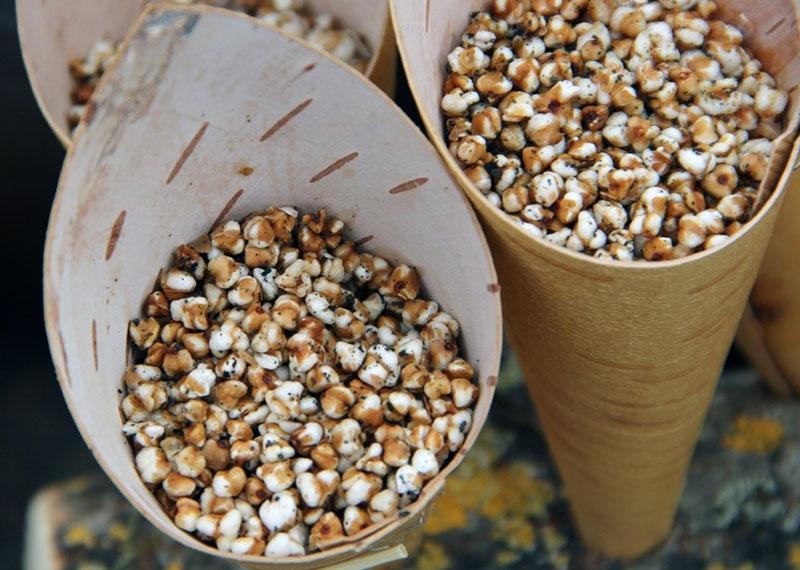 The stores sell a ready-made crispy snack called puffed buckwheat. In terms of properties and production technology, the product is similar to puffed rice and corn. Buckwheat kernels undergo mechanical, heat treatment, and then undergo a two-minute hot extrusion procedure. This means that the nuclei change their properties and molecular composition under the influence of high temperature and pressure – they explode. 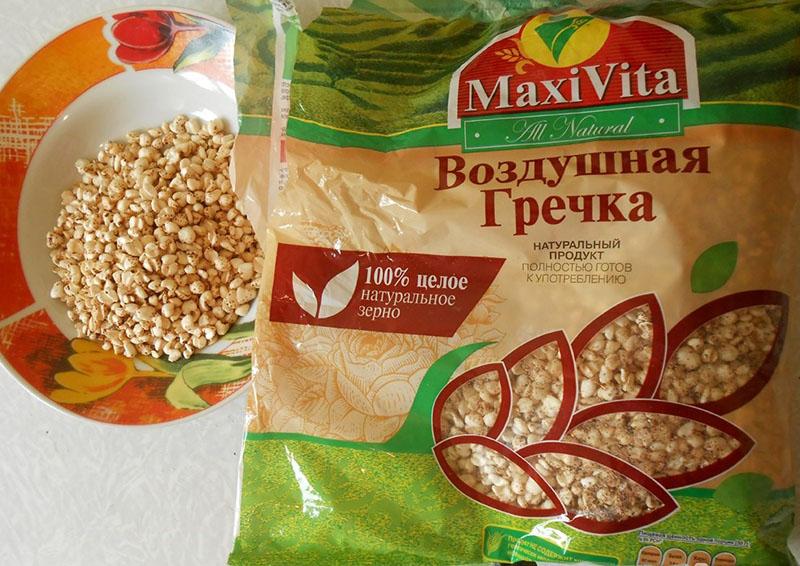 After processing, useful vitamins and microelements contained in natural buckwheat are preserved in the kernels. The calorie content of 100 g of the product is 308 kcal.

Energy value is equal to the following indicators:

The benefits of puffed buckwheat, buckwheat flakes, porridge and popcorn are in the content of easily digestible proteins and rich in nutritional composition:

What to eat buckwheat popcorn with 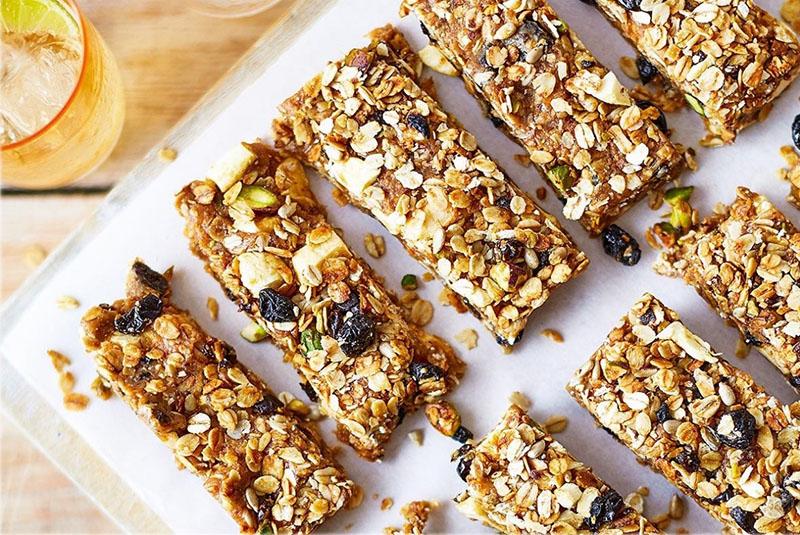 Ready puffed buckwheat is most often consumed for breakfast, adding milk and honey.

Popcorn has a wider range of uses:

Children like sweets, puffed buckwheat cookies, buckwheat popcorn. Even those who flatly refuse buckwheat porridge try it with pleasure..

What to make popcorn from at home 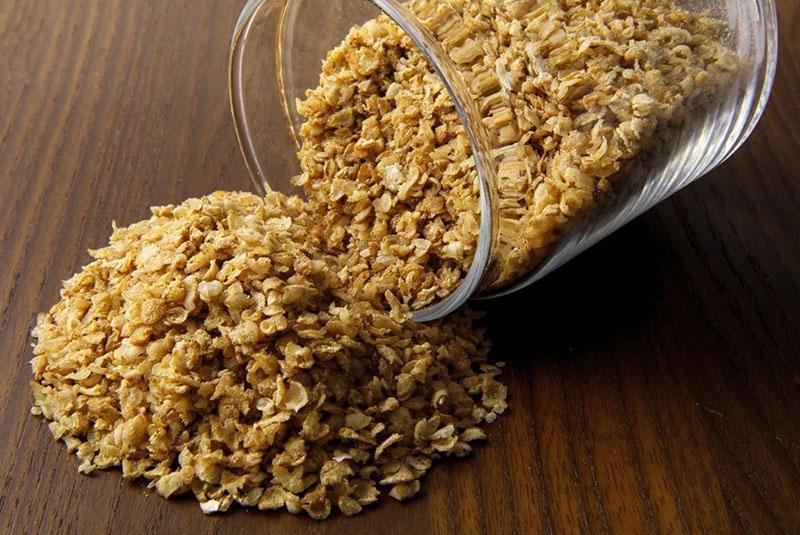 Chefs use several methods of preparing a healthy meal. To do this, they use boiled and completely dried buckwheat, buckwheat flakes or ordinary kernel. To make buckwheat popcorn at home, you can use any of the suggested recipes..

The finished popcorn is crispy and flavorful. It is best to serve it right after cooking. Already after 5 – 6 hours, the properties of the snack change – buckwheat stops crunching, becomes softer.

For those who watch their diet, it should be borne in mind that homemade popcorn is higher in calories than industrial popcorn. Since it is impossible to make popcorn from buckwheat at home without vegetable oil, its energy value increases significantly: 100 g of the product contains from 407 to 450 kcal.

In a skillet pan 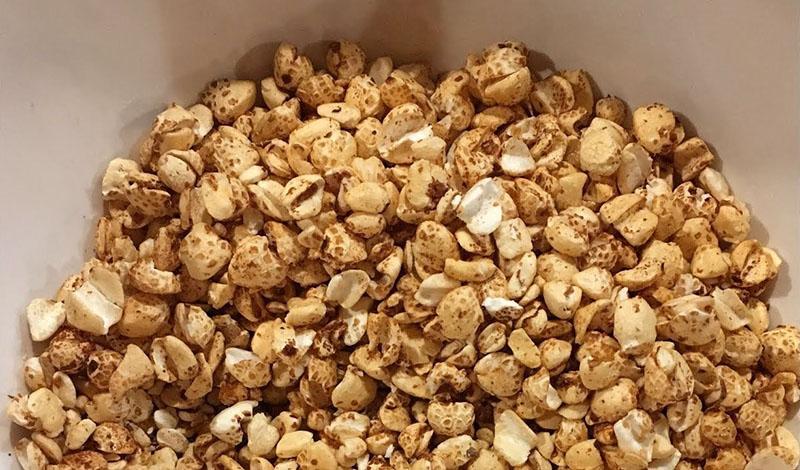 For cooking you will need: 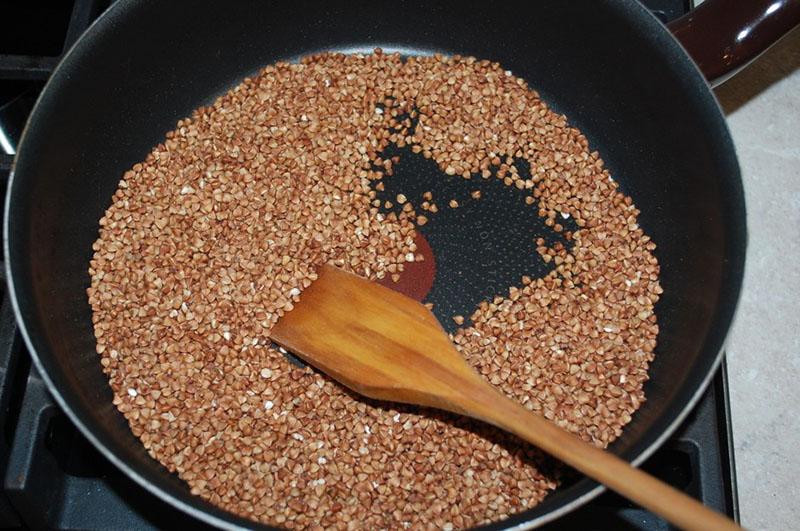 To make buckwheat popcorn in the microwave, the cereals are pre-washed under running water, then dried in a pan. 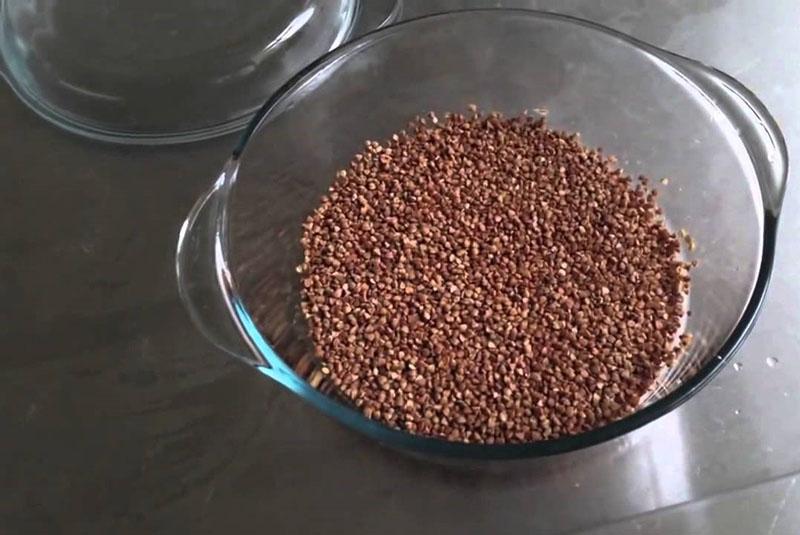 Buckwheat is fried in a thick-walled, preferably cast-iron pan, without adding oil. So that the cereal dries evenly, it is constantly mixed..

In a container with a tight lid, suitable for use in the microwave, buckwheat is poured in one layer. Put a piece of butter on top (so much is needed to completely cover the cereal when melted);

The container is tightly closed with a lid and set for two minutes at maximum power.

You can determine that the popcorn is ready by the stopped sounds of exploding grains..