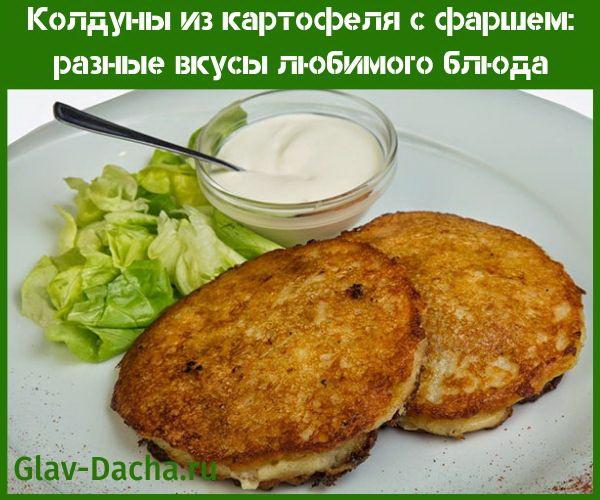 Potato wizards with minced meat are one of the most delicious dishes of Belarusian cuisine. Initially, they consisted of dough stuffed with meat. Later, the sorcerers transformed into stuffed potato pancakes. No flour or eggs were added to the potatoes. The necessary elasticity was given to the mass by natural starch, which settled at the bottom of the vessel after excess moisture was squeezed out of the potatoes. You can cook sorcerers not only with meat. The filling can be very diverse, depending on the personal preferences of the hostess.. 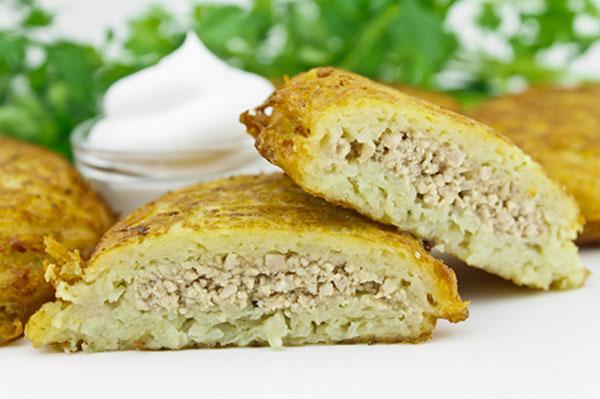 For the test you will need:

For the filling you need:

The process of cooking sorcerers from potatoes with minced meat: 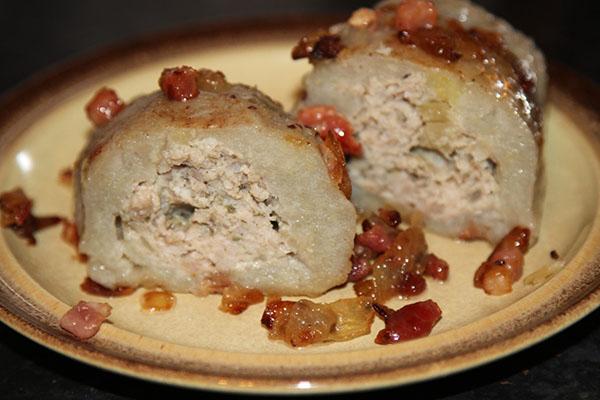 Sorcerers not only fry, but also boil like dumplings. To do this, small pieces are formed, dipped in boiling water and cooked for about eight minutes. Ready-made take out with a slotted spoon. Boiled potato wizards with minced meat can be served with onions fried in lard or sour cream.

Any meat can be used for the filling. It will also turn out delicious if you combine several of its types. For example pork and chicken. 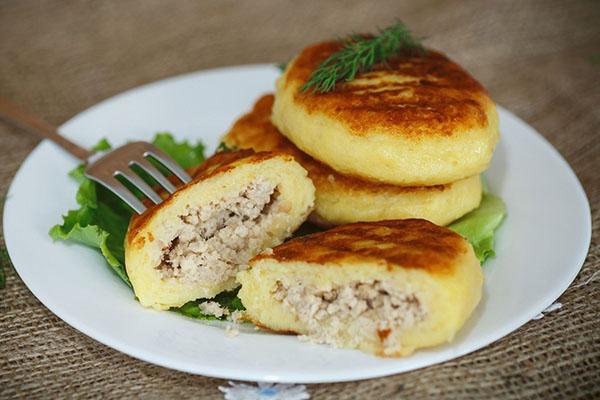 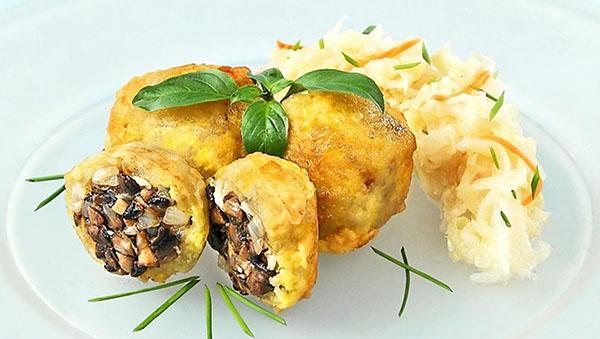 You will need the following ingredients:

The process of cooking potato wizards with minced mushroom meat:

For minced meat, you can use both fresh and frozen mushrooms..

Potato wizards are very nutritious and delicious. They will be a great dinner for the whole family. Various sauces will help to reveal the deep taste of the dish, and the correctly selected spices will add a touch of piquancy to a variety of fillings..