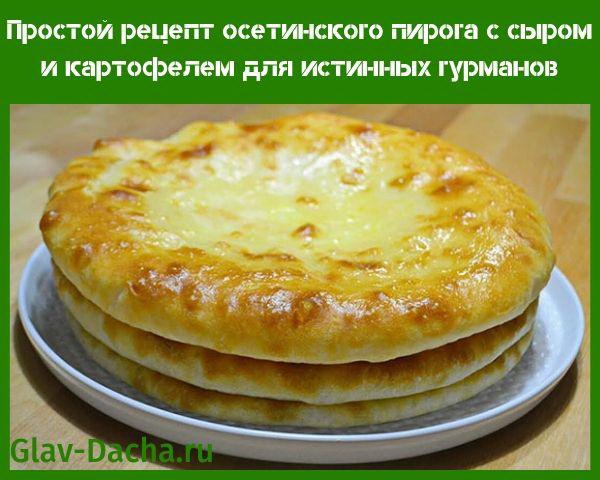 If you want unusual food, you should get acquainted with the dishes of neighboring peoples. Consider a simple recipe for an Ossetian pie with cheese and potatoes. It is prepared as a staple for dinner or instead of traditional bread. In another way, the pastry is called “Kartojin”, which gives it a certain oriental charm. A pie is made from unleavened or yeast dough, in milk or kefir. Sometimes mushrooms, meat, herbs and even fish are added to the filling. However, the exquisite taste of the Caucasian dish does not become less attractive. Let’s figure out how experienced chefs prepare pastries. 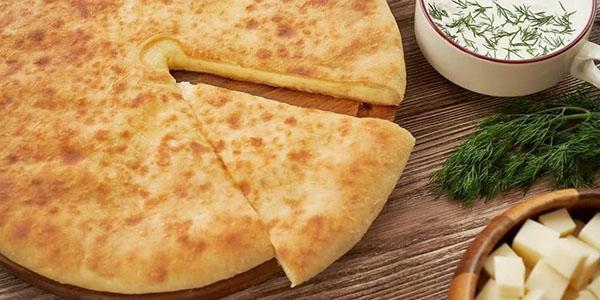 Before starting to create a dish, carefully read the instructions for its preparation..

Next, the necessary ingredients are collected:

According to the generally accepted recipe, the Ossetian pie with potatoes and cheese consists of 3 cakes. Usually they are stacked on top of each other and get an exquisite gourmet dish.. 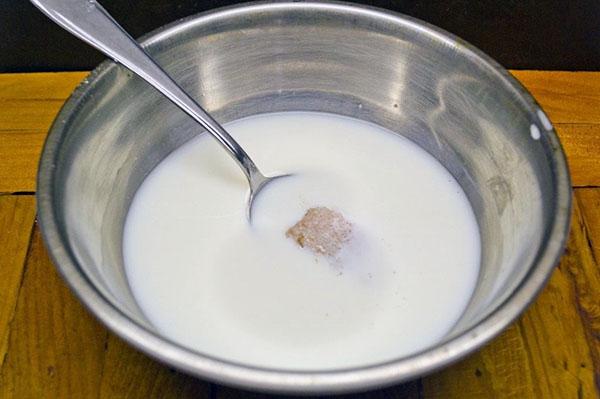 Slightly warmed milk is poured into a small container. Add sugar. Dissolve yeast. Mix everything thoroughly. Leave for about 15-20 minutes for a reaction to occur. 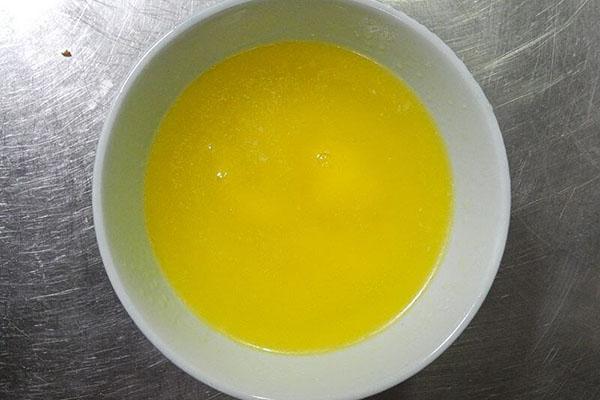 The butter is heated in a water bath. When it melts, put it aside to cool down a little.. 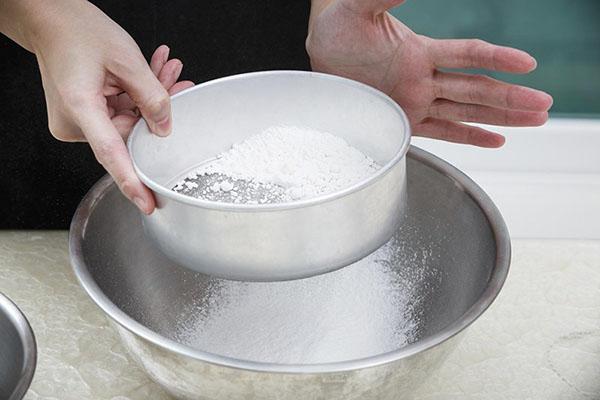 Wheat flour is sifted into a bulky dish. Add salt. A small funnel is made in the center. Dough is poured there, cooled oil and tender dough is kneaded first. Then knead it for at least 15 minutes..

To make the dough conveniently knead, hands are lightly greased with vegetable fat.. 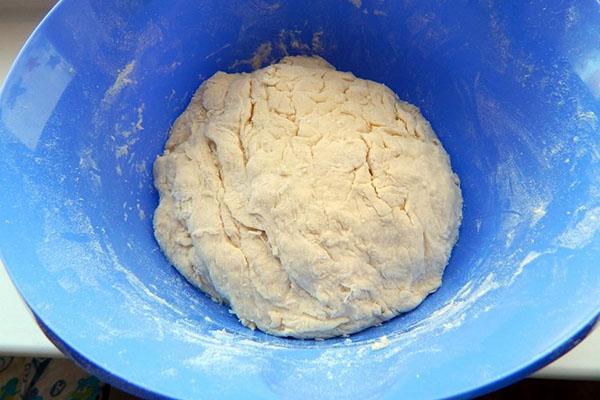 When the flour base becomes elastic and moves away from the walls of the dishes, it is laid out on the countertop. Then grease a deep bowl with oil and put the dough there. To make it fit well, cover it and put it in a warm place for 1.5 hours. For a lush consistency, knead it periodically. 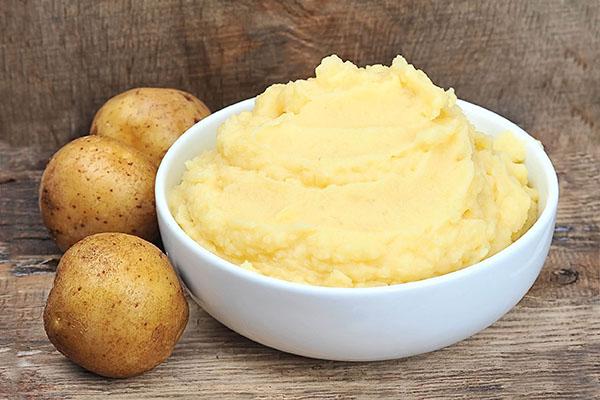 A universal recipe for Ossetian pie with potatoes and cheese includes the preparation of the filling. To do this, first peel and then boil the potatoes. The finished product is kneaded by adding butter. 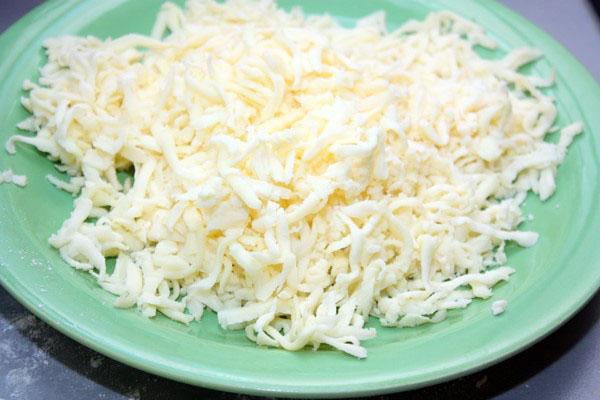 Suluguni cheese is grated on a coarse grater. Mix with ready-made mashed potatoes while hot. Season with dry spices or fresh dill. 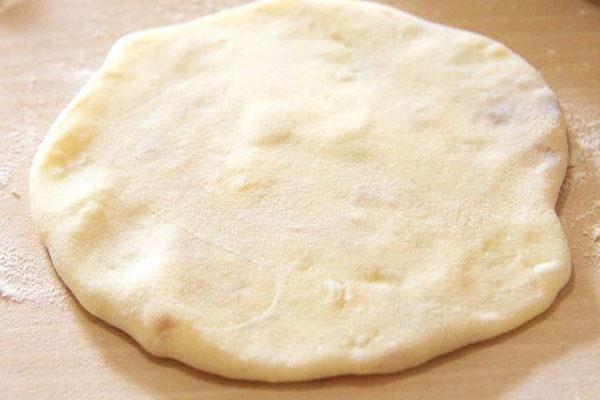 The filling, like the dough, is divided into 3 identical parts. Each piece is stretched neatly on the countertop. Potatoes are placed in the central area. And next to them they make a hole for steam to escape..

The cakes should be as thin as possible. In this case, the rolling pin is not used. Everything is done by hand. 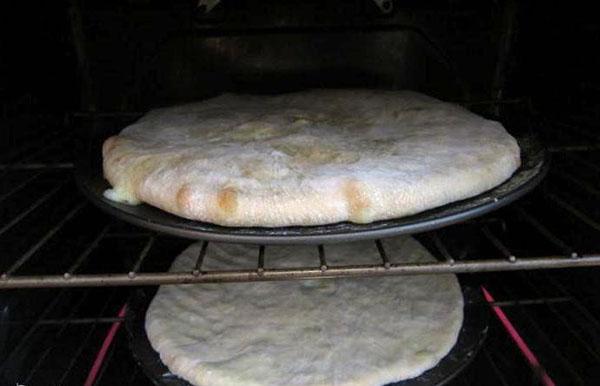 A baking sheet is covered with parchment paper or greased with vegetable fat. Preheat the oven to 220 ° C. The blanks are baked in turn for about 15 minutes. After that, increase the heat and hold for another 10 minutes to form a golden brown crust.. 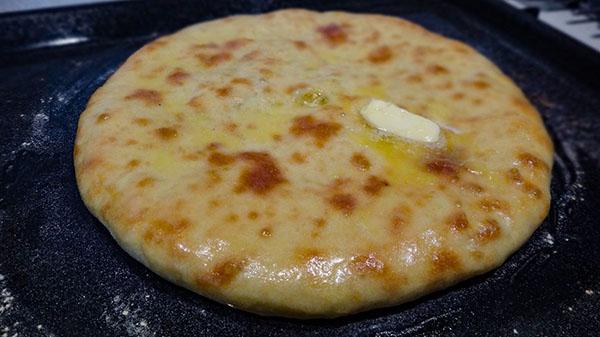 Ready-made Ossetian pies with potatoes and cheese are laid out on a tray. The central part of the product is greased with butter. Place in a pile before serving for dinner. Cut into small pieces if desired.

A simplified version of the preparation of a Caucasian dish 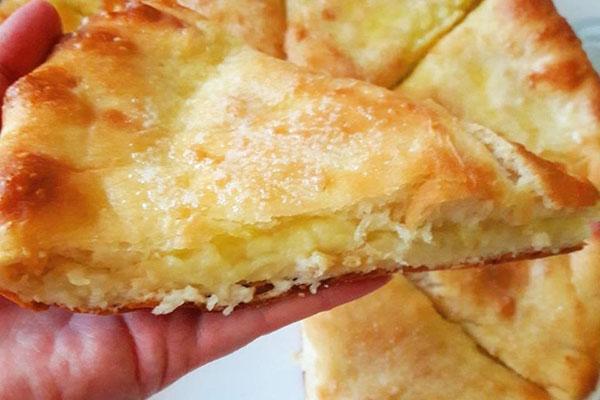 Consider another recipe for an Ossetian pie with potatoes, which is eaten with the first and second courses instead of bread..

You will need a simple set of products: 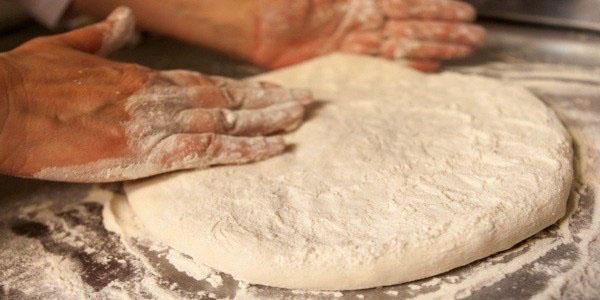 First, a yeast dough is prepared. Sift the flour well. Add some sugar and salt to the tip of a knife. Mix thoroughly. Then a depression is made in the center of the slide, where dry yeast is poured. By adding water in small portions, knead a light soft dough. At the end, season with vegetable oil. The workpiece is placed in a saucepan. Cover with a towel and send to a warm place for about 60 minutes. When it increases 3 times, they begin to form cakes.. 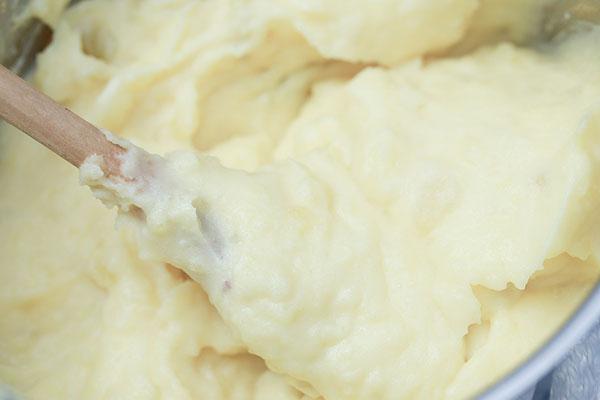 While the dough is “fermenting”, they make the filling. Boiled potatoes are thoroughly kneaded until smooth. Grated Ossetian cheese is added. If the filling is too dry, add a little butter.

If you put finely chopped onions in potatoes, it will be more aromatic and tastier.. 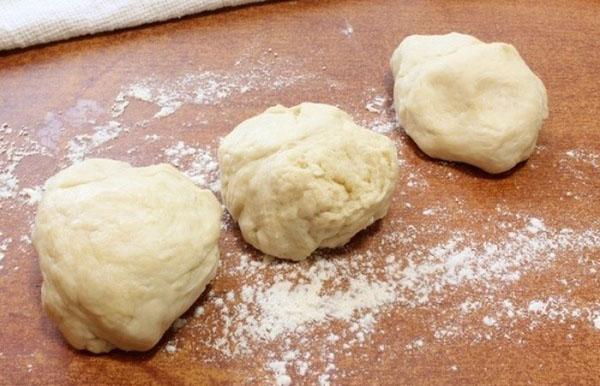 When the dough grows several times, it is cut into 3 parts. A cake is made of each, in the center of which is put the filling. The edges are connected, after which they form a cake with their hands. Place gently on a baking sheet and place in a preheated oven. 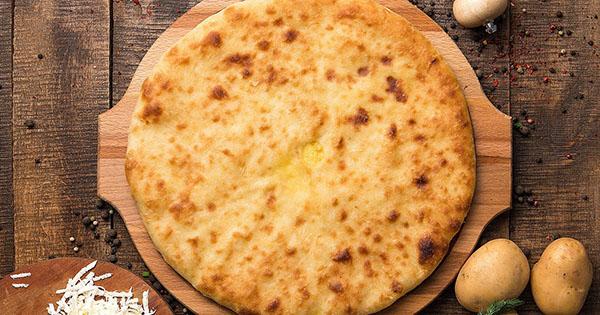 Bake in the usual way for about 10 minutes. As soon as small “freckles” appear on the top of the cake, then it is ready. The cooled cakes are laid in a small pyramid. Cut and serve to the dining table. Some gourmets like to drink tea with Ossetian pies with friends. Why not prepare a dish like this for your family? It’s so easy.

Video recipe for Ossetian pie with cheese and potatoes