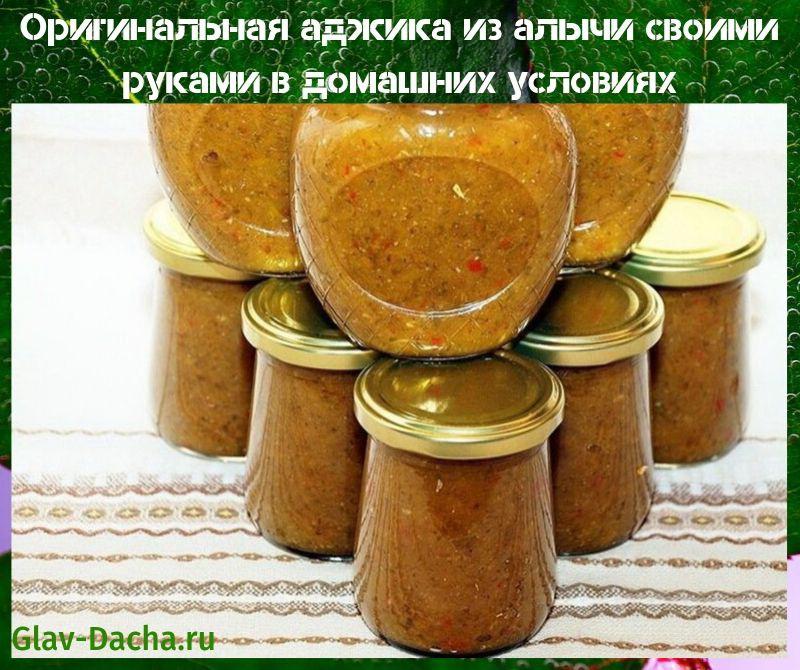 Cherry plum adjika is a unique seasoning for fans of spicy food. Its spicy taste is accentuated by a fruity aroma, which is not found in the tomato analogue of the dish. Plum acid, garlic, hot peppers and dried spices combine harmoniously with a variety of foods. Adjika is served with chops, kebabs, cutlets, croutons, fried eggs, potatoes and pasta. Even prepared for future use, the delicacy does not lose its valuable properties. Consider several popular recipes for creating an original dish. 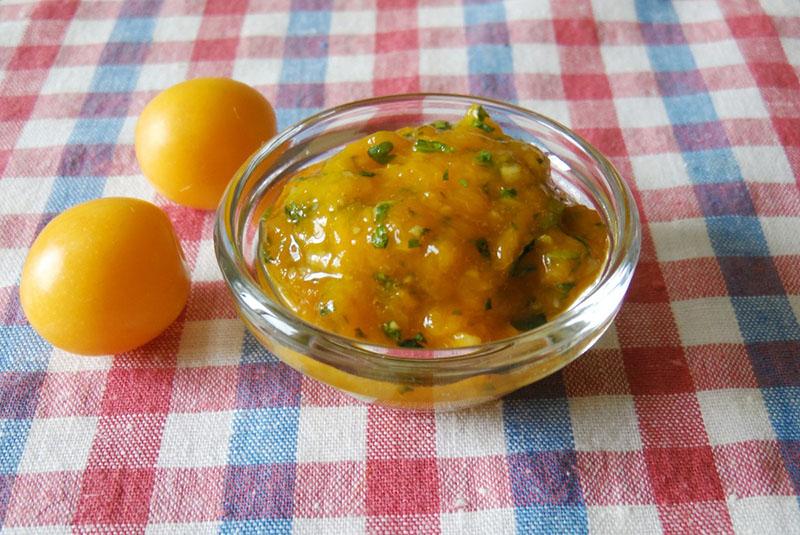 The simplest spicy sauce recipe is prepared from the available products: 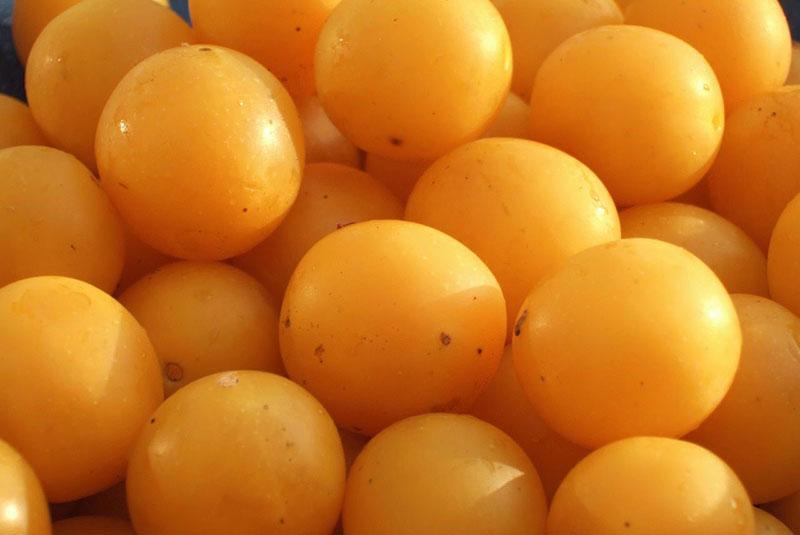 Ripe fruits are thoroughly washed in cold water. Various debris, crumpled and rotted fruits are removed so as not to spoil the original taste of adjika. Cherry plum is dried a little in a natural way or wiped with paper napkins. 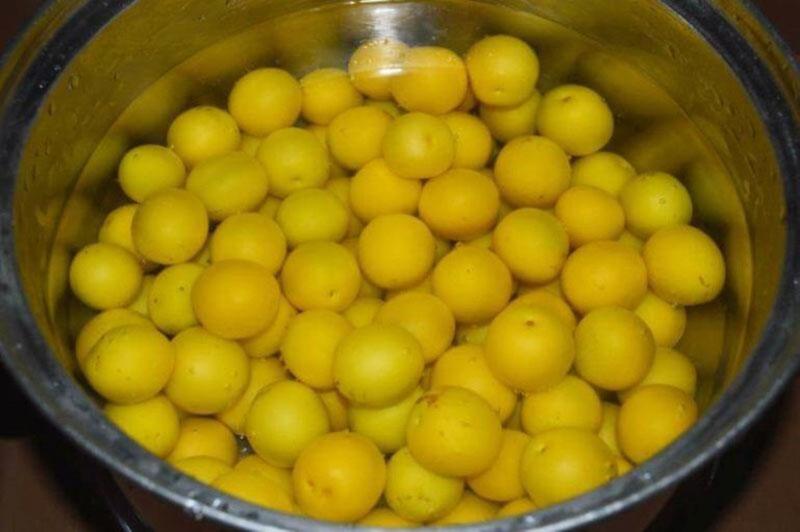 The fruits are transferred to a saucepan and poured with water so that it completely covers the fruit. They put it on the stove. Boil for about 10 minutes. 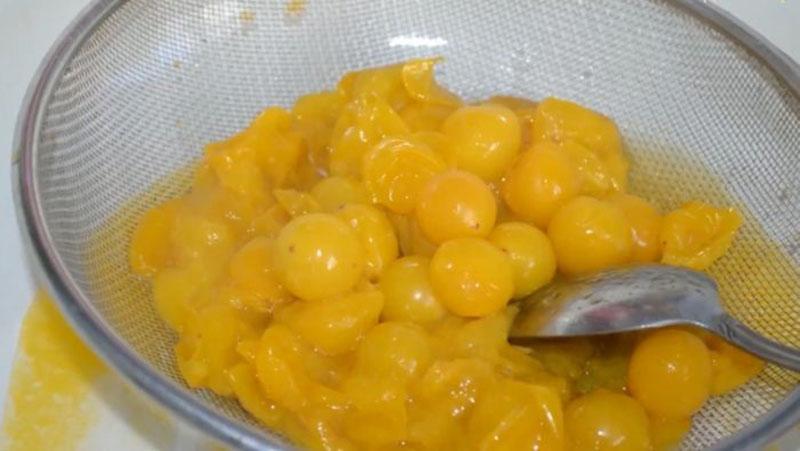 With the help of a slotted spoon, the cherry plum is transferred to a sieve and grinded.

Only ripe cherry plum has an original sweet-sour taste, which is ideal for creating adjika for the winter.. 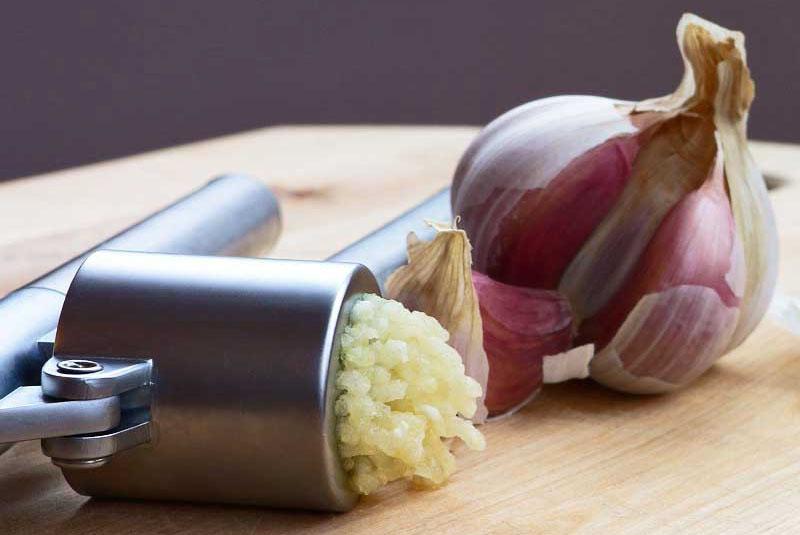 The garlic is passed through a press. Prepared greens and hot peppers are finely chopped with a knife. Then the grated fruit slurry is poured into the blender bowl. Connect it with the rest of the products, after which the unit is started. The resulting mixture is diluted with plum broth and poured into a saucepan. 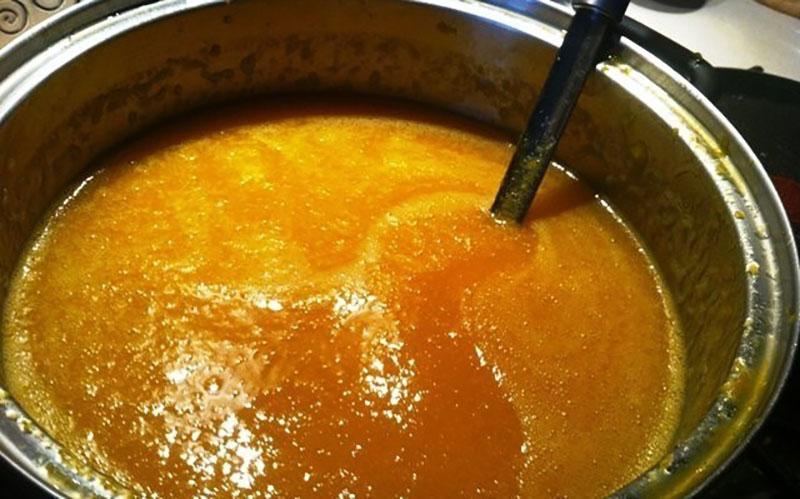 The product is boiled for about 10 minutes, stirring constantly. Thanks to this, all the valuable components that stimulate the immune system will be preserved in the dish..

The finished sauce is transferred to sterile jars, sealed and stored in a cool room.. 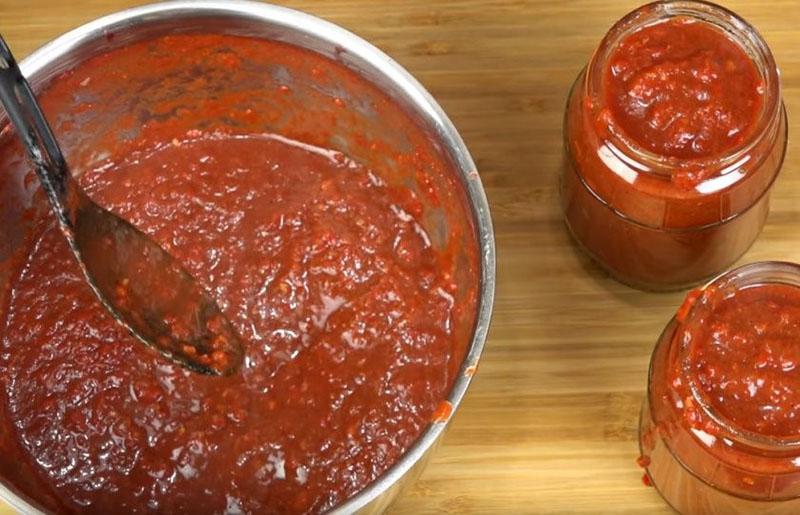 Culinary experts who are not afraid to experiment offer to cook adzhika from yellow cherry plum for the winter.

For the sauce you will need: 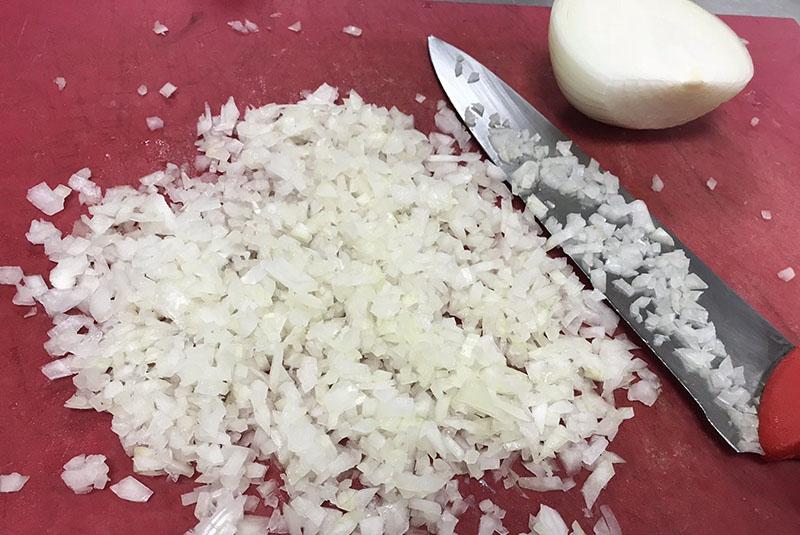 Peeled onions. They are washed under the tap and finely chopped. 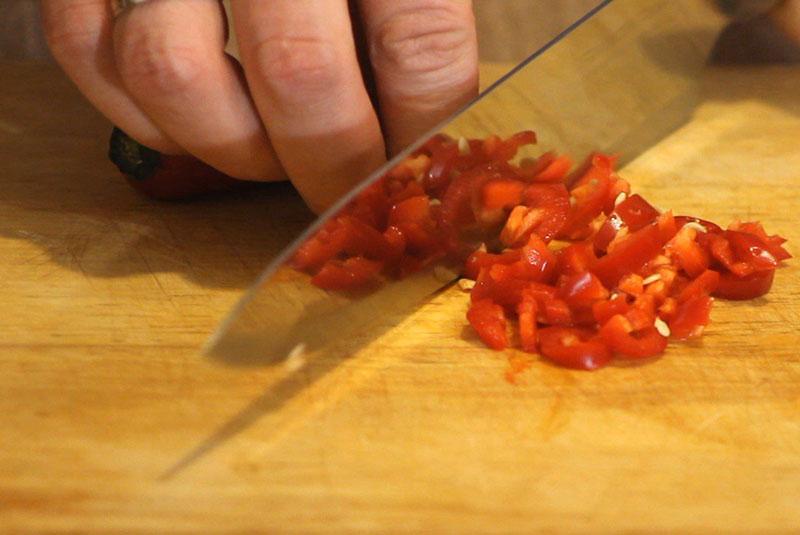 The bell pepper is cut in half. The seeds are removed and then crushed. Bitter peppers are cut into small pieces. The garlic is passed through a hand press. The washed yellow cherry plum fruits are placed in a large saucepan. Pour over water and simmer over moderate heat for about 15 minutes. The boiled fruits are discarded in a colander or sieve. Grind to remove the peel and bones. A similar procedure is carried out with tomatoes.. 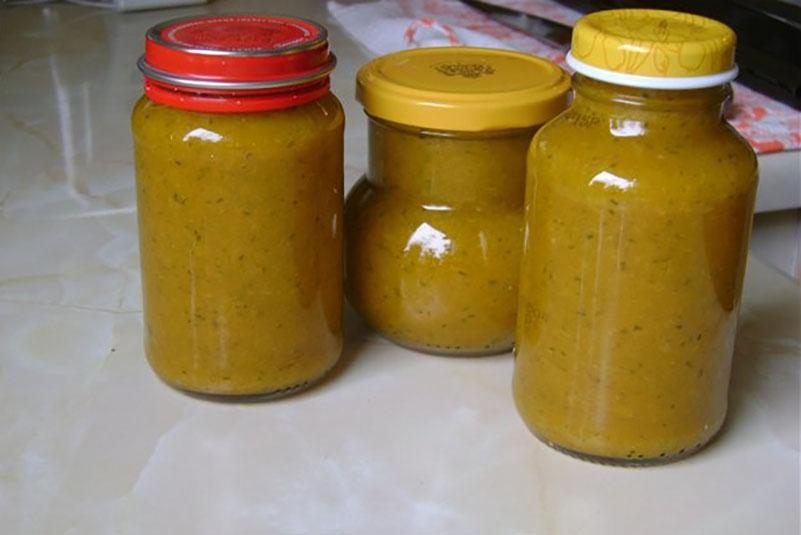 Garlic, onions, peppers, seasonings, granulated sugar and salt are added to the resulting gruel. Grind with a blender. Pour into the pot again. Boil for 10-15 minutes. Ready adjika is poured into small jars. Capped and stored in the basement.

For storage of the sauce, it is advisable to use a not very bulky container. The maximum size of cans is 0.5 l. 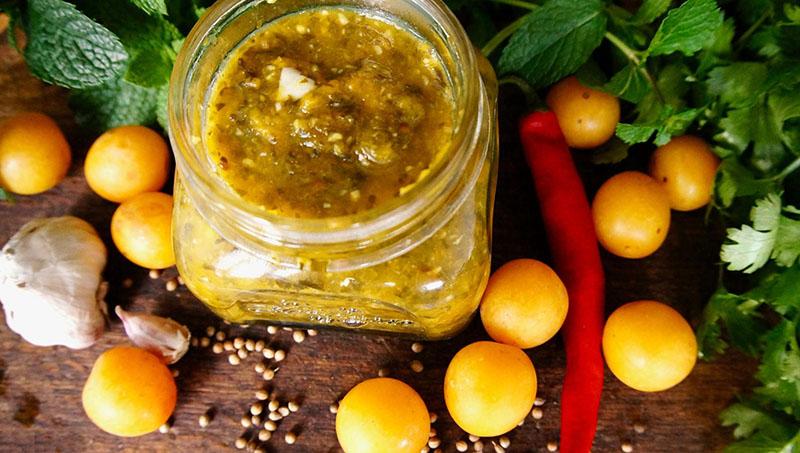 Since in cooking there are many recipes for adjika from cherry plum for the winter, consider the original version of the dish.

The culinary specialist chooses the number of products for the sauce himself, taking into account his preferences. 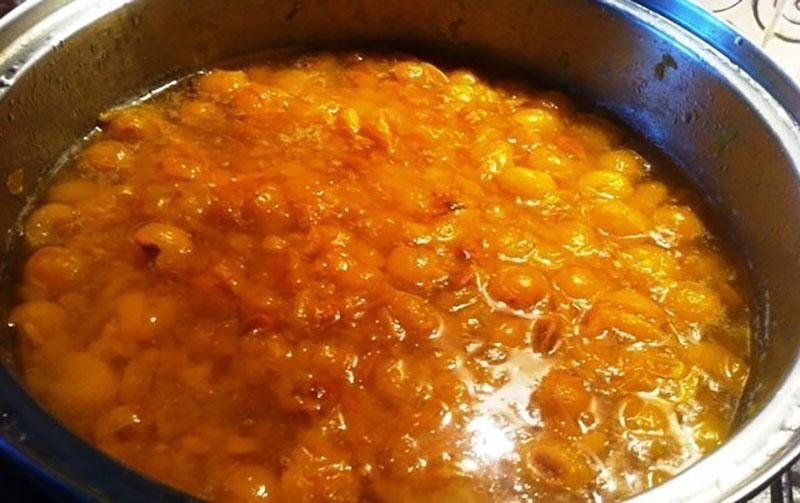 Cherry plum is boiled in a separate container for no more than 15 minutes. Thrown back in a colander. Grind, separating the peel and bones. The resulting pulp is sent to the blender bowl and the appliance is started. Ultimately, you should get a homogeneous mass.. 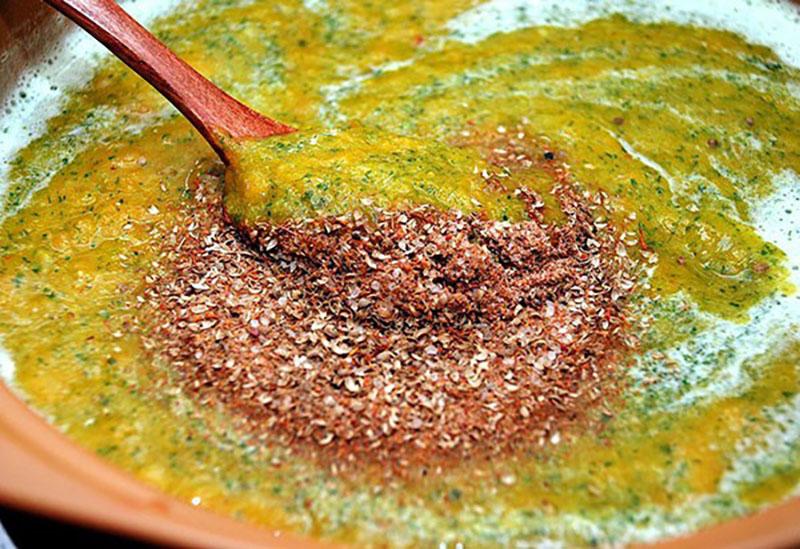 Chopped vegetables are poured into the resulting slurry. Add chopped herbs, salt, sugar, suneli hops. The product is poured into a refractory container. Boil for about 15 minutes, stirring continuously. Cherry plum adjika is transferred to a sterilized container. Sealed with metal lids. Served in the cold season as a sauce for meat, potatoes, pasta and various porridge.

The product retains its texture and taste for about 12 months at a temperature not exceeding 5 ° C. 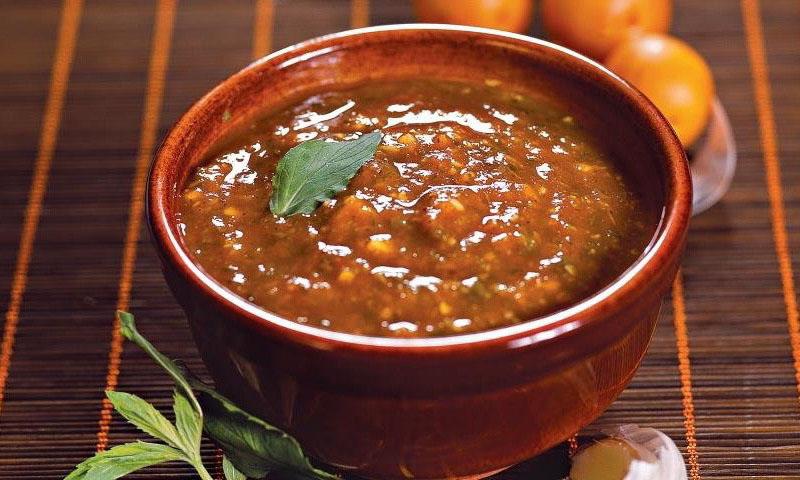 In the East, meat products were served with a sweetish sauce and wine. Taking into account the originality of this approach, culinary specialists have created an unusual version of adjika..

Unusual components will be needed:

Cherry plum is boiled in the classical way, and then grind well. Greens and garlic are carefully chopped with a knife. The components are put in a blender. Pour in fruit gruel. Salt to taste. Add some granulated sugar. 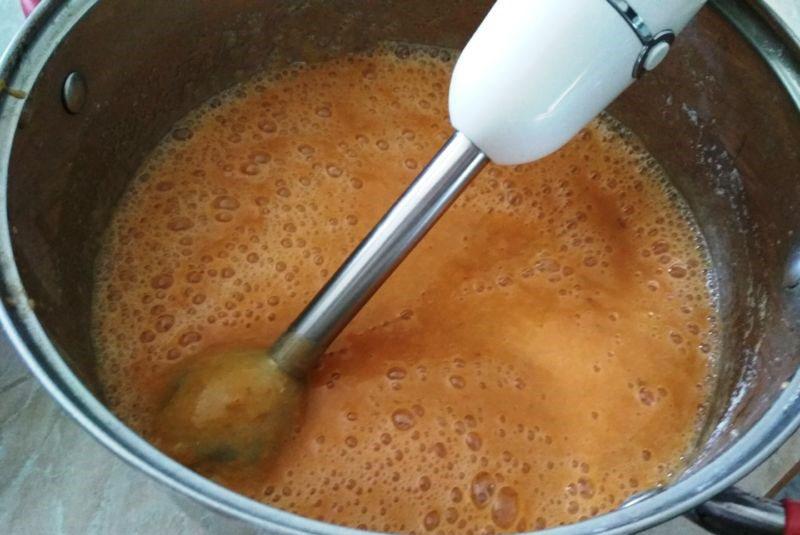 The unit is started. The resulting mixture is transferred to a saucepan. Cook for about 15 minutes, stirring constantly so that the sauce does not burn. 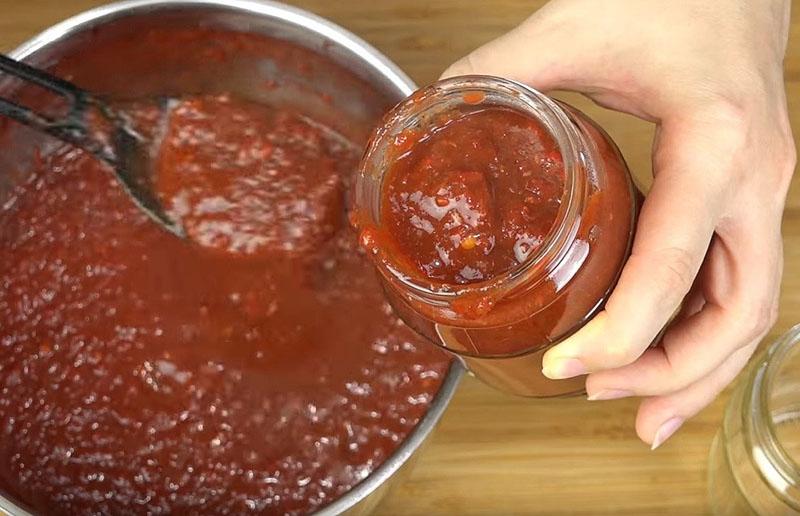 Hot laid in steamed jars. Cork or cover with nylon lids. Store in a basement or refrigerator for no more than 12 months. Served as a filling for main courses or meat products.

As you can see, preparing cherry plum adjika for the winter is quite simple. Almost all recipes are performed according to traditional instructions. However, the variety of seasonings gives the dish a special flavor and aroma. If cherry plum grows in the garden, why make such a delicious sauce.