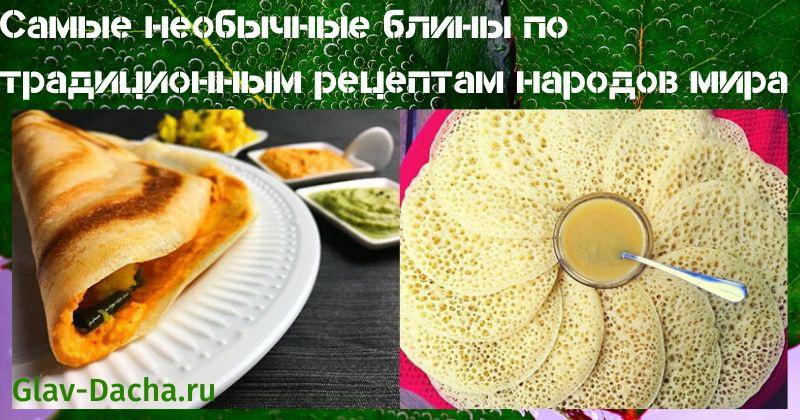 In life, there is often not enough bright colors, you want some kind of variety. The most unusual pancakes prepared according to unique recipes will help to bring contrast to the gray days. It is interesting that in Morocco, India, Bulgaria, as well as France, the famous Russian delicacy is also a national dish. Therefore, many will be interested to know how this dessert is prepared in other parts of the world..

The most unusual French pancakes 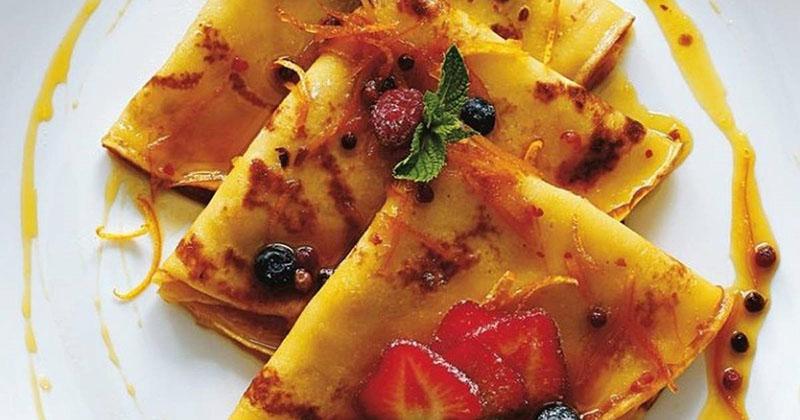 The secret of the European dessert lies in its special cooking technique. Before serving, the crepes, which are called Crepe Suzette in France, are flamed with an open fire. As a result, a fragrant crust is formed from the baked caramel on their surface..

Pancakes are prepared in several stages:

At this time, orange sauce is prepared. Dissolve sugar (100 g) in a saucepan over medium heat. Then a piece of butter (100 g) is added to the caramel, as well as an orange zest (1 tbsp. L.). Orange juice (180-200 ml) is poured in a minute later. Some people advise adding water (3/4 cup) and lemon juice (1 tablespoon) for better dissolution. Next, they begin to bake the most unusual French pancakes. Then they are folded into triangles and fried again. Heat butter in a skillet. Pour in a small amount of the prepared syrup and simmer for a few minutes until a caramel crust is obtained.. 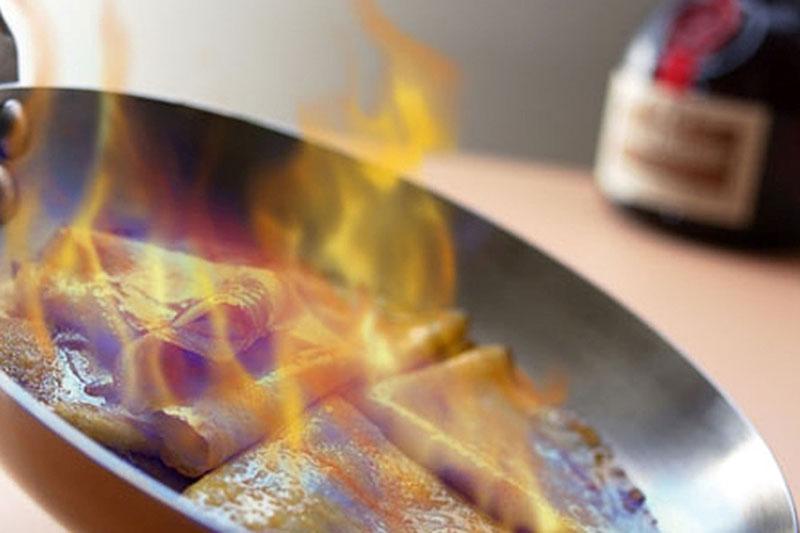 Before serving, Crepe Suzette dessert is poured with sweet sauce and set on fire. After 15 seconds of heat treatment, the fire is extinguished.

Porous and airy, yet pale and surprisingly delicate. These are the most unusual pancakes on the African continent, which are called bagrir. An exotic dessert is served in a sauce made with honey and butter.

But for a luxurious test:

Some suggest using 2 yolks to add viscosity and flavor to the dough.. 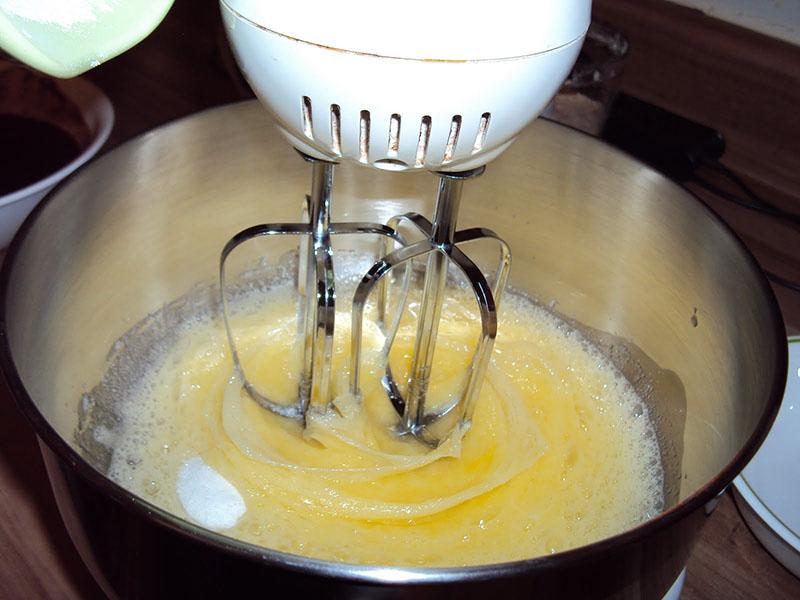 The resulting mass is left for 30-40 minutes to activate the yeast. After that, the contents are re-mixed in a mixer for a minute. In consistency, it should turn out like liquid sour cream. Next, Moroccan pancakes are baked in a well-heated frying pan. A small amount of dough is poured onto the surface and the pancake is allowed to dry. However, it is not turned over, but removed in the same position.. 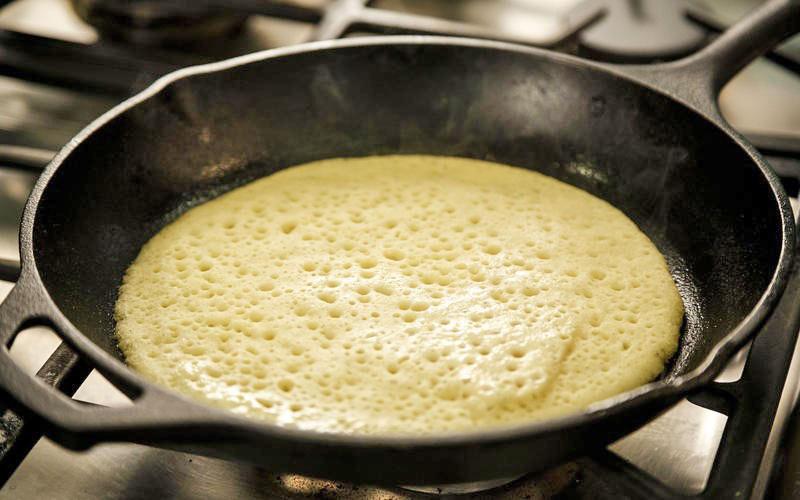 Bubbles should appear actively during baking on the pancake. If this does not happen, then the dough is too thick. Then the mass is diluted with milk or water..

In addition, this rare pancake recipe includes the use of an unusual sauce. Dissolve butter (50 g) and honey (7 tablespoons) in a saucepan. The resulting syrup is poured over hot bagrir pancakes.

Dessert is served with sour cream or a slice of soft cheese. It is recommended to decorate the dish with mint leaves or strawberries, blackberries or blueberries..

Butchers or pancakes with a Bulgarian accent 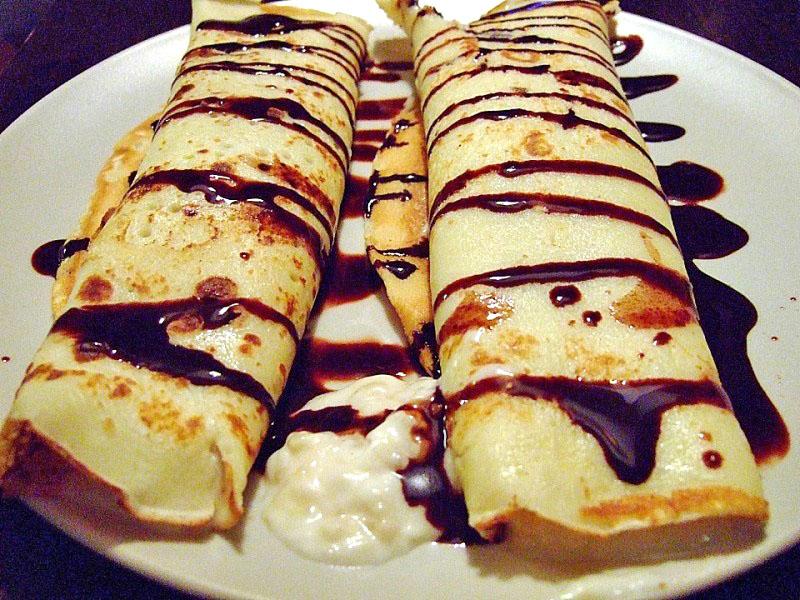 There are many original recipes for pancakes in a similar performance. The traditional version of the executioners assumes the presence of lemonade (100 ml). The dough is kneaded from flour (200-250 g) and eggs (2-3 pcs.). Add a pinch of salt and 2 tsp. Sahara. Then milk (500 ml) and lemonade are introduced in two passes. The mixture is thoroughly mixed until a thick consistency is obtained and left for 30 minutes. Pancakes are baked on both sides, after which they are filled with filling.

For its preparation use: 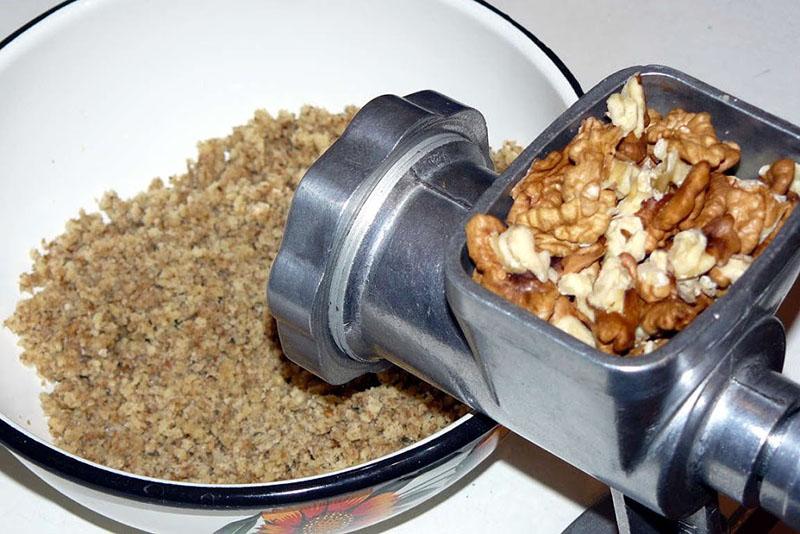 The grated ingredients are laid out in the center of the butchers and served with wine sauce. In expensive restaurants in Bulgaria and Croatia, unusual pancakes are poured or dipped in spicy syrup. Prepare alcoholic cream in a water bath. 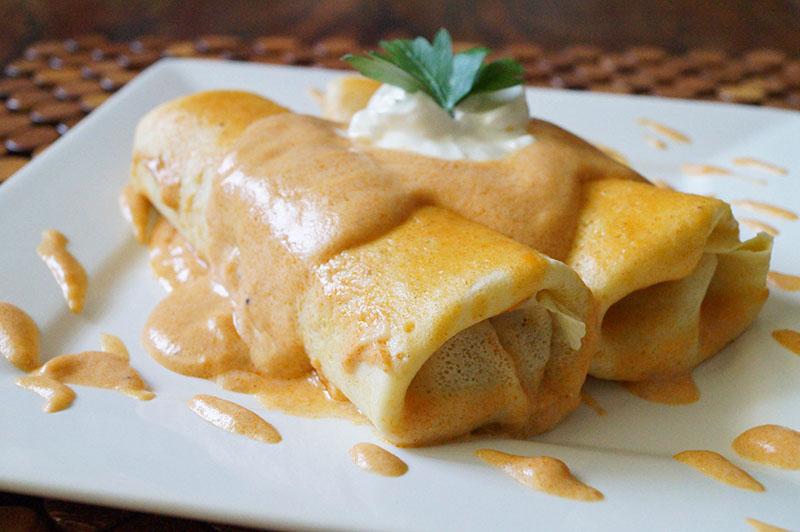 First, whisk sugar (50 g) and yolks (2 pcs.) With a whisk. Then the wine composition is gradually introduced into the creamy mass, which is prepared as follows. In 50 g of white wine, dissolve 2.5 tbsp. l. Sahara. Simmer the mixture in a water bath for no more than 3 minutes.

There is another recipe for making syrup. In addition to sweetened wine, whipped proteins are added to the yolk cream. Then the sweet sauce turns out to be more airy and tender, despite all its piquancy.. 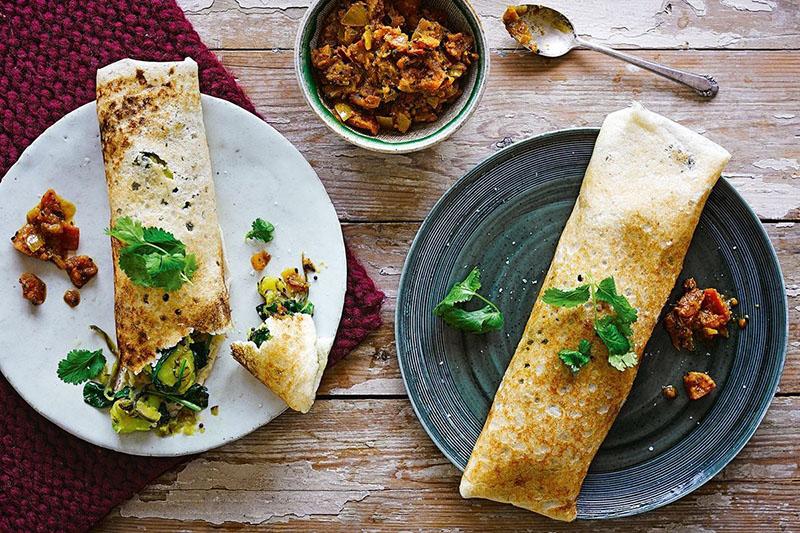 In Asia, bread is rarely served with meat. On the festive table or in the daily diet of the Indians, mouth-watering dosa cakes are always present. However, the question arises of how to prepare unusual pancakes from ordinary products..

This is not so easy to do, since you need to knead a special dough: 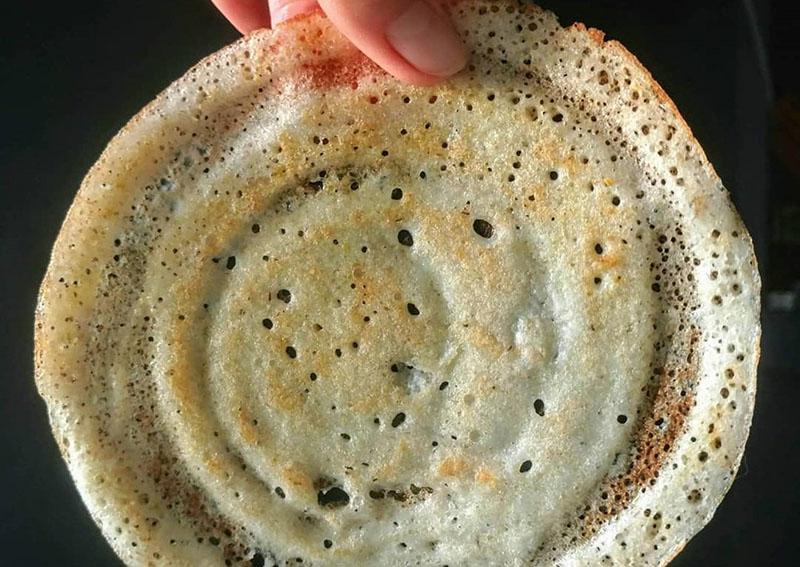 Next, unusual pancakes are baked in butter. The filling for the dosa will be mashed potatoes (10 fruits) mixed with ginger and coconut (3 teaspoons of each component). The resulting mass is slightly diluted with water and fried. 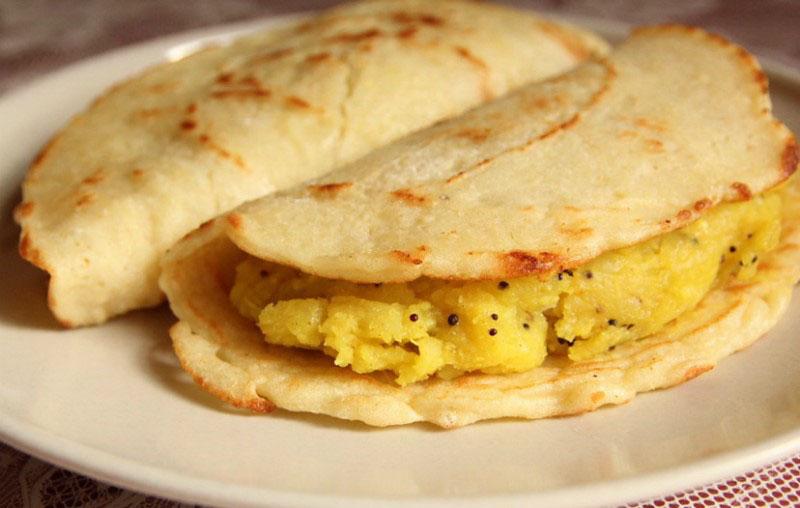 At the end, the pancakes are stuffed and sent back to the pan for a golden crust..

Be sure to add spices to the dosa dough. Ground coriander (2 teaspoons), a pinch of turmeric and asafoetid (1 teaspoon). Finely chopped parsley (20 g) and paprika will be useful in it.. 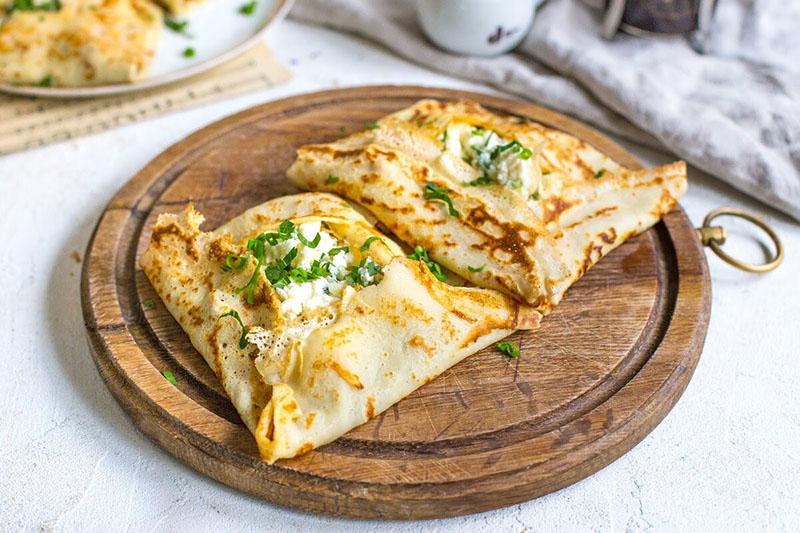 As a filling, some use Adyghe cheese (or paneer) 600 g. Fry 1 tsp in a frying pan in vegetable oil (1-2 tablespoons). black mustard (kalindzhi). Then pour the grated cheese, sugar and a pinch of black salt. Flour (30 g) and water (150 ml) are added to keep the mixture a little thin. All this is stewed for about 3 minutes, and then Indian dosas are collected.

The listed unusual pancake recipes will be a godsend for real gourmets. In addition, with the help of such original delicacies, you can easily surprise your family and friends, as well as win their respect..

How to bake the most unusual pancakes – video recipe