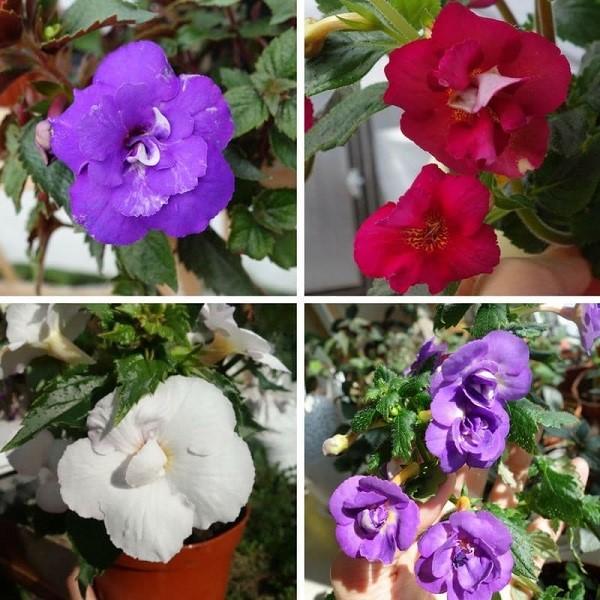 Among the variety of Achimenes species, it is worth highlighting terry varieties. They attract attention with their unusual inflorescences with a special structure. Against the background of bright juicy shades, stuffed flowers look very chic and overshadow many other types of indoor flowering plants..

On the subject: Achimenes – care and cultivation at home!

Characteristic features of the species

You can distinguish terry Achimenes by the following features:

Terry varieties often have a name with the prefix “double”, which in English means “double”, but in fact there can be more than two such rows.

When growing terry Achimenes, it should be borne in mind that they are more demanding in care than simple varieties. This is especially true for species with large flowers. It will not be easy to achieve such splendor and full disclosure of the bud, so it is better to start your acquaintance with terry hybrids with species that have small flowers.