What kind of care does a radish need? 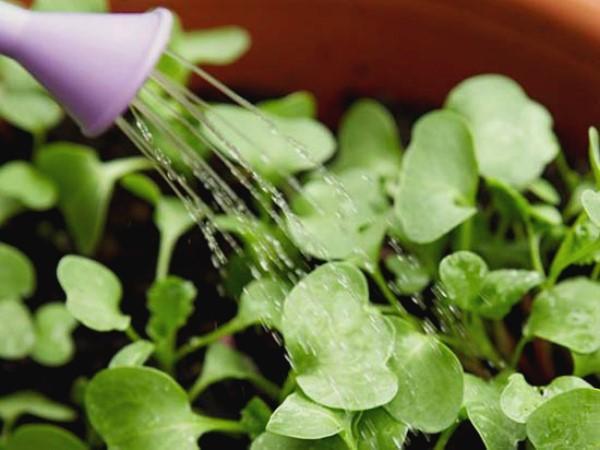 Radish will not give much trouble to gardeners, because it is not a very capricious culture and, with the right approach, will soon delight you with juicy, tasty and healthy roots. Sown seeds usually sprout quickly and after 7-10 days the first sprouts appear in the garden.

In order for the radish to grow large and juicy, it is necessary to take very little care of it, however, like the rest of the garden crops. Crop care includes activities such as:

Thickened plantings do not allow the radish to grow root crops, so it is important to thin out the seedlings in time. This must be done twice:

Some gardeners, in order to avoid thinning, prefer to immediately sow seeds in prepared holes under a marker. However, in this case, there is a possibility that not all seeds will sprout, and then voids will form in the beds..

So that the plantings, especially young ones, do not drown out the weeds, the latter must be removed in a timely manner. At the same time, the beds are loosened with a hoe, thus providing free access of air and moisture to the roots. Loosening the soil is also necessary after each watering or rain so that the aisles do not become crusty..

During the growing season, the beds must be loosened at least 4 times, each time increasing the depth:

How juicy the root vegetables will be depends on whether there was enough moisture in the garden. To do this, the radish should be watered, while the frequency of watering depends on the sowing time:

From a lack of moisture, roots become fibrous and hard, and abundant watering after a drought leads to cracking.

Unlike most crops, radish needs nitrogen fertilization, especially early maturing varieties. They need to be fed with sodium nitrate twice per season:

As for winter varieties, nitrogen fertilizing can be alternated with complex mineral fertilizers, which include superphosphate, urea and potassium chloride. All fertilization must be stopped 20 days before harvest.

Thinning as one of the rules for caring for radishes – video