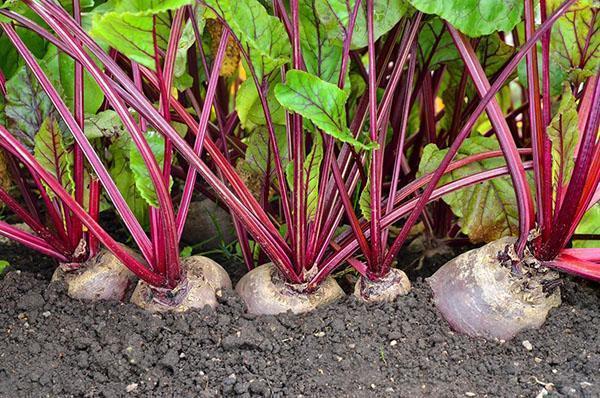 Beetroot is an unpretentious vegetable that does not require a lot of feeding. In addition, beets are a fairly cold-resistant plant. It is because of these qualities that it is grown all over the world, from hot tropical countries to the cold north, where it still snows at the beginning of summer. Nevertheless, many gardeners fail to grow large beets. There is nothing difficult in this, you just need to know and use a few secrets..

Beets, like all root crops, love loose soil. The site for planting it should be shaded, at least 2-3 hours a day. But too strong a shadow will have a bad effect on the formation of root crops. A suitable place for planting beets can be a plot on the south side of an apple tree or other low tree..

Sandy soil is most suitable for beets. If loam predominates on your site, then such soil must be loosened. Many sources advise using sand as a baking powder, and they completely forget that the best baking powder is vegetable humus..

After sowing, beets produce not one, but several sprouts. Therefore, as soon as the seedlings have grown a little stronger, it is thinned out. The weakest seedlings are removed, since in the spring they will begin to take on nutrients, and in addition, there will be no room for root crops to develop.

Seedlings that you removed should not be thrown away. They can be used as seedlings. Transplant the sprouts to another place, slightly shade them with a film, and then the shoots will also form roots.

Dry weather is common in early August. Beets love moisture, so dry summers are unfavorable conditions for the development of root crops. In August, it is necessary to carefully monitor soil moisture. Many gardeners water the beets superficially, and because of this, root crops are very delayed in development..

Irrigation rate per 1 m2 of planting area in August is 10-15 liters of water. If the soil on the site is sandy, then watering can be increased to 20 liters of water in the hot season.