Purslane vegetable – an edible weed in your garden 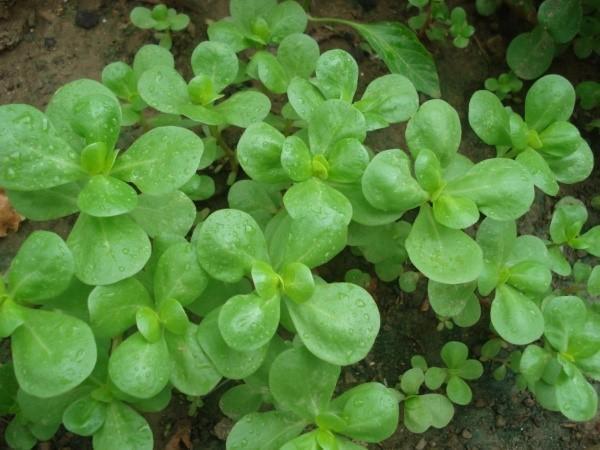 Lovers of green crops have long appreciated the vegetable purslane – one of the most unpretentious and high-yielding plants. Purslane itself is not a rarity for gardeners, but for the most part it has a bad reputation. Most often it can be found as a weed, the fight against which takes a lot of time and effort. Possessing persistent vitality and rapid growth, he is literally indestructible and extremely reluctant to leave the beds. However, there is such a purslane among the species of this plant, which these qualities are just “at hand”.

Vegetable purslane or garden purslane is an edible variety of crops with high palatability. From early spring to the very frost, it will provide you with delicious vitamin greens for salads and more. How to distinguish it from a weed and what it takes to grow?

Garden purslane grows in the form of lush bushes. Its fleshy stems are either straight, up to 10 cm high, or spread and reach a length of 40 cm. Small yellow inflorescences bloom at the tops of the branches. In appearance, the edible purslane is very similar to its “brother” weed. He has the same juicy rounded leaves, but only larger. Both the leaves and shoots of purslane are of nutritional value. They have a pleasant, slightly sour taste, and can be successfully substituted for sorrel and salad..

The advantage of this green crop is its self-seeding ability. Once you have acquired seeds and sowed a couple of beds, you no longer need to plant every year. Purslane seeds are generously sprinkled on the ground in the fall and the next year they come down again.

In order for the bushes to be lush and give a lot of juicy greenery, a sunny place should be set aside for the purslane. The soil should be light and nutritious. It is better to plant it immediately on the garden bed, rarely sprinkling small seeds and slightly covering it with soil. Like its other varieties, the vegetable purslane does not tolerate transplanting well. But it grows well even with winter sowing.

Caring for edible weed beds is easy and includes:

Bushes grow quickly, and the first crop can be harvested within 3 weeks after germination. Vegetable purslane is used in the same way as most green crops. Young juicy leaves can be added to salad and soup, stewed and fried. In addition, lovers of this herb are happy to pickle and preserve it for the winter..