The original way of breeding Kalanchoe 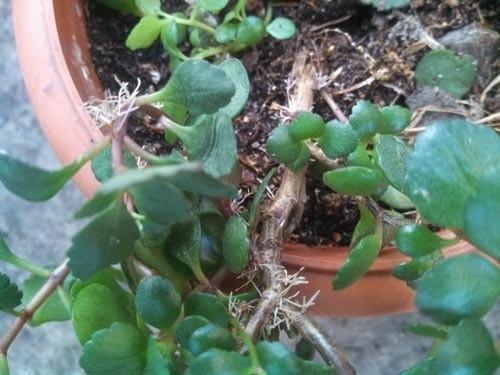 Everyone knows that Kalanchoe reproduces by apical cuttings. However, not all growers know what can be done so that a new plant blooms at a certain period, for example, by March 8. And that’s not all – from one bush you get from 5 to 10 new young Kalanchoe, The bush abundantly strewn with bright inflorescences will serve as an excellent gift for Women’s Day, and unclaimed plants can always be sold.

The flowering of Kalanchoe is one of the longest, because new buds bloom within 8 months..

Read also an article on the topic: Kalanchoe home care!

How to choose a Kalanchoe for breeding?

The originality of this method lies in the fact that for reproduction it is initially necessary to use not the cuttings themselves, but a whole bush. In this case, the blooming Kalanchoe must necessarily act as a mother plant. Of course, it’s a pity to touch him, but if suddenly there is a flower in the collection that does not have very attractive shapes, it is quite suitable for this purpose..

When to start the procedure?

To time the appearance of new flowering bushes by the beginning of March, the main events should be held in the summer, namely in June-July.

The Kalanchoe uterine bush chosen for reproduction should be radically trimmed:

A bush trimmed in this way should be placed on a windowsill, which is illuminated by the sun only in the first half of the day. This will be enough to provide him with the necessary lighting. It remains only to water the Kalanchoe and wait for new shoots to form on it..

In December, the “disfigured” summer plant will no longer resemble an unfortunate bush. In 6 months, many branches will grow on it. And what is most interesting – each with its own root system.

Roots are formed in the axils of the leaves where the cut was made.

Now you can start transplanting new Kalanchoe into separate pots. To do this, cut off young cuttings from the mother plant, making a cut 1 cm below the roots. Remove the lower large leaves. Plant the plants in small pots filled with nutritious soil.

The lower large leaves must be removed to stress the plant and to stimulate branching and bud formation. Thus, by March 8, the Kalanchoe will have time to bloom..

Reproduction of Kalanchoe in an unusual way – video