When to prune peonies: we do everything on time and right 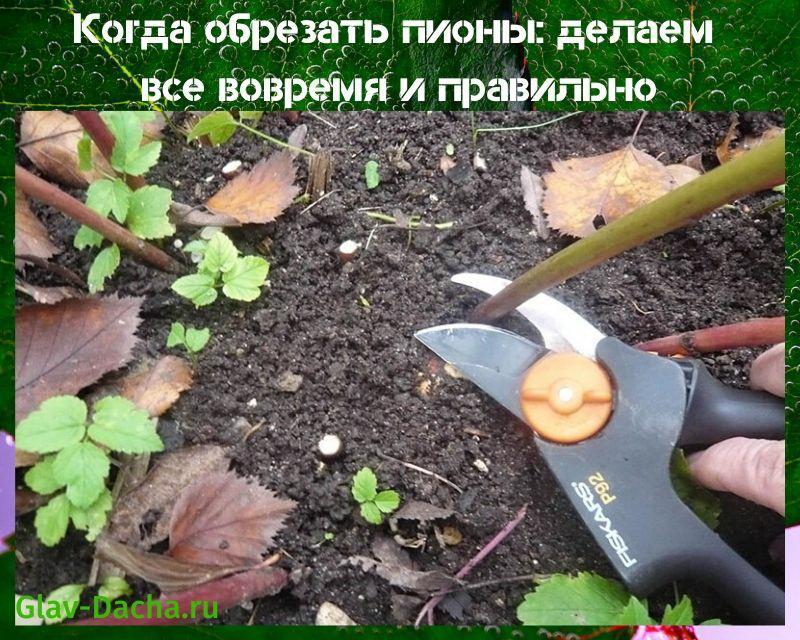 There are very few mandatory procedures for caring for peony bushes and pruning is one of them. Not only their subsequent flowering in the next season, but also the viability of the plant itself, directly depends on when to cut peonies. The manipulations carried out competently and in a timely manner will serve as a guarantee of a healthy appearance and the formation of a large number of buds in the spring..

When to prune peonies after flowering is complete 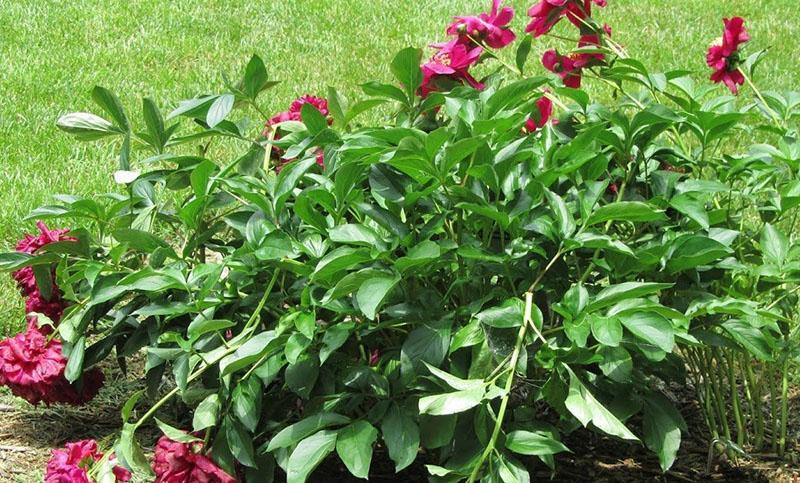 The peak of decorativeness of peony bushes occurs at the very end of spring or early summer. Unfortunately, the age of their flowering is short-lived, because the petals fly around quite quickly. In place of luxurious buds, sticking out and very unattractive faded heads remain. At the same time, the plants themselves look extremely unpresentable. Quite often, this tall culture obstructs other flowers that are just starting to bloom.. 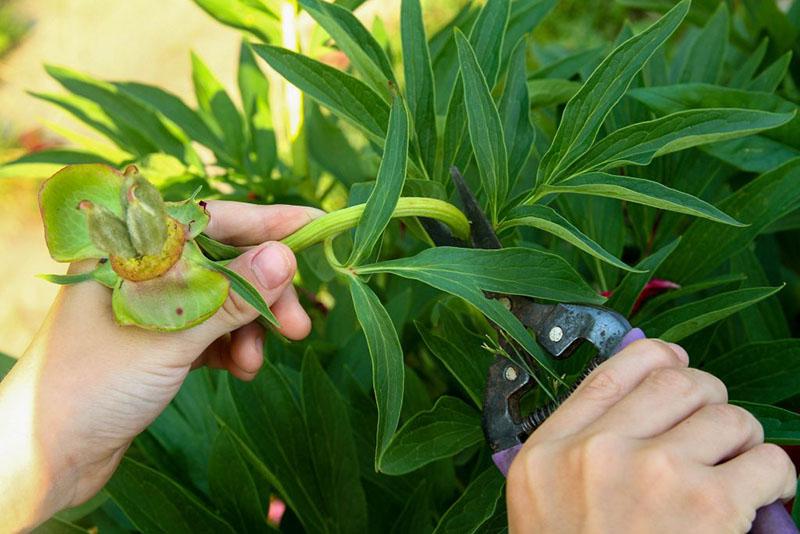 Some, especially still insufficiently experienced gardeners, seek to remove ugly greenery from their eyes and mow peony bushes completely. But there is no need to rush into this. On the question of when to cut the leaves of peonies, flower growers are unanimous. Immediately after the end of flowering, this should not be done in any case. Indeed, the processes of photosynthesis continue in the leaf blades, due to which the root system actively processes and accumulates nutrients. A plant devoid of its ground part will weaken and will not be able to prepare well for wintering over the summer. The next year, the buds will be much less or not formed at all..

With annual mowing of foliage immediately after flowering, the plant gradually withers and withers. After a few years, the peony inevitably dies.

The fallen flower heads must be removed from the bush almost immediately, since seed pods begin to form in their place, wasting energy and nutritious juices in vain (if there is no purpose to get seeds for reproduction). But not the entire stem is cut off, but only the top to the first strongest and healthiest leaf. Overgrown and shading other crops, peony bushes form, reducing the volume of ground mass by about half.

Do I need to prune peonies in summer 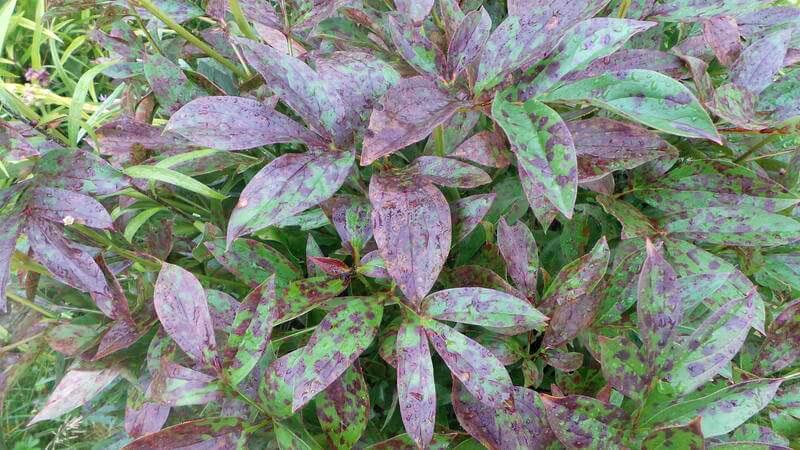 When to prune peonies in the summer months, and whether it should be done at all, can be understood by the appearance of the bush. In vain they try not to disturb the flower, only sanitary pruning is permissible. All shoots and branches that have traces of damage by harmful insects or lesions by fungal and infectious diseases are promptly removed.

The bush must be freed from dry and broken stems. In some cases, when the infestation is very strong, it makes sense to perform a complete premature pruning..

All cut off plant material is necessarily burned, you do not need to use it for compost.

How and when to prune peonies in the fall 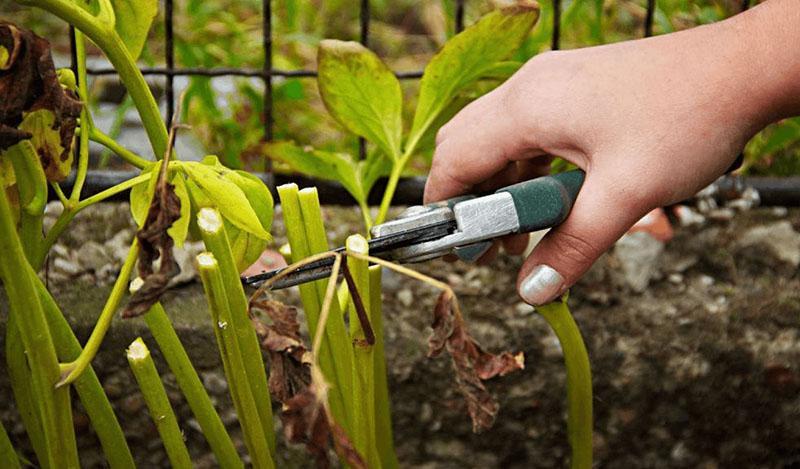 Pre-winter pruning of peonies is one of the mandatory procedures and has the following goals:

It is imperative to choose exactly when to cut the peonies. If the green mass is removed too early, then the growth points of renewal will not have time to fully form in the plants. Due to the lack of nutrients, the flower stalks will be less formed and flowering will be weak. Photosynthesis must be completed naturally. If you are late with pruning, the shoots can themselves lie on the ground under the weight of natural precipitation. Then it will be rather difficult to work with them..

There are no difficulties in carrying out the procedure for pruning peonies in the fall. The stems are cut almost completely, leaving only small stumps (3-5 cm) above the ground. It is not necessary to cut too short, as it is possible to accidentally damage the growth buds located close to the soil surface. You need to work only with clean and disinfected, sharpened garden tools (scissors, pruning shears). It is advisable to immediately dust fresh cut sites with coal dust or sulfur powder in order to avoid the penetration of infection into the shoot.

Removed parts are removed as far from the site as possible or burned.

Cut peony bushes are watered abundantly. Then, for the winter, they must mulch, covering with a layer of fallen leaves, grass cut from the lawn, humus, peat, coniferous needles.

Treelike peonies under the root in the fall are never pruned. They are shown only preventive sanitary cleaning with the removal of dry and damaged branches. The main trimming activities are carried out in the spring.. 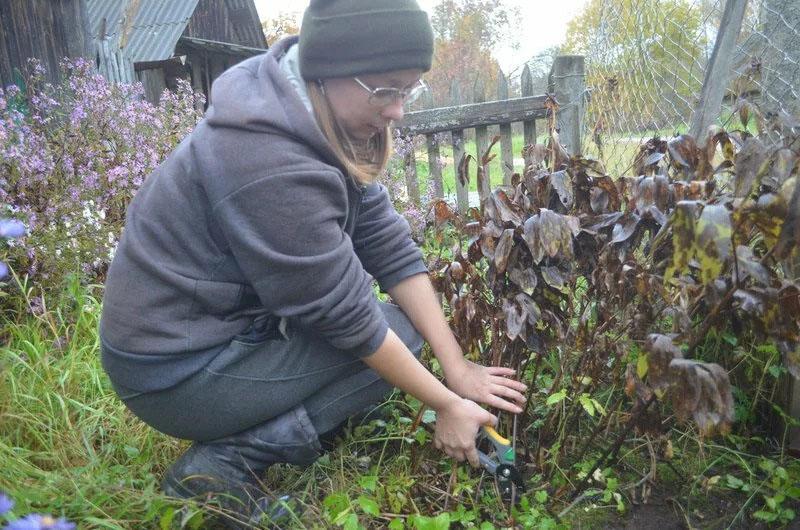 The specific day when you need to prune peonies is determined by the characteristics of the local climate and depends on the region. Since the climatic and weather conditions on the territory of our vast homeland are very different, the timing of this procedure also varies..

The colder it is, the sooner you should deal with peony bushes and prepare them for wintering:

There are several visual signs by which you can understand that it is time to prune peonies:

It is believed that the most favorable time to prune peonies will be a dry and fine day with an air temperature of + 5 … + 7 ° C. It is better to do this after the first small, but very noticeable frosts..

Peonies are rightfully considered not a capricious and unpretentious culture, caring for them does not take a lot of time and effort from the gardener. However, only by observing a few simple agrotechnical rules can you achieve the maximum decorative effect of this flower. Without timely and correct pruning, it is impossible to get a luxurious and abundantly flowering bush..