The most beautiful types of aloe for indoor cultivation 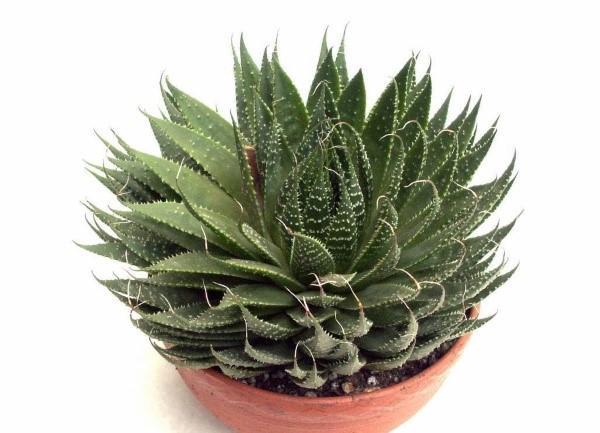 Surely many growers, when they say “aloe”, represent a tall bush with fleshy juicy leaves, which have thorns at their tips. It is this plant that can most often be found on window sills, especially among the older generation. Every grandmother keeps such a flower, because it has useful properties and is used to treat various diseases..

However, there are other varieties of this succulent that differ in the original shape of the leaves. They can be both tall and compact, but at the same time they are very decorative and are widely used for landscaping premises in a single planting or for creating whole compositions of slow-growing flowers..

Despite the variety of aloe species, all of them are united by belonging to the genus of succulents and the presence of fleshy leaves with soft thorns. But the shape and color of the deciduous plates themselves can differ significantly, however, like the shape of the plant itself – it can be herbaceous, shrub or tree-like.

Among the most unusual and beautiful species, aloe can be distinguished:

Large plant with very wide green leaves. Along the lateral sides of the deciduous plate, there are rather long spines painted in light brown color. Differs in an unusual peduncle in the form of an ear.

One of the compact forms of the flower is presented in the form of a small but very dense rosette of variegated leaves. There is a long white thread at the tip of each leaf, the thorns are also white.

The flower is also called striped aloe due to the unusual coloring of the leaves: on a light green background, darker stripes are clearly visible along the leaf.

A feature of the species is the complete absence of thorns and a pink edging along the edge of the leaves, the width of which is much greater than their length.

The flower is also found under the name “tiger aloe”. He received it for the original leaves, painted with transverse light stripes with ragged edges. The leaf itself is in the form of a triangle with an elongated apex and is painted in dark green tones.

One of the smallest varieties. The leaves are decorated with white dots, with small thorns. The shape of the leaf is very interesting – at the tips they fold a little in half.

The flower lives up to its name and belongs to the tall species. Under natural conditions, the height of the plant can reach up to 2 m.The leaves are also very large and thick, have reddish thorns over the entire surface (and not only along the edges), making it seem that warts are growing on them.