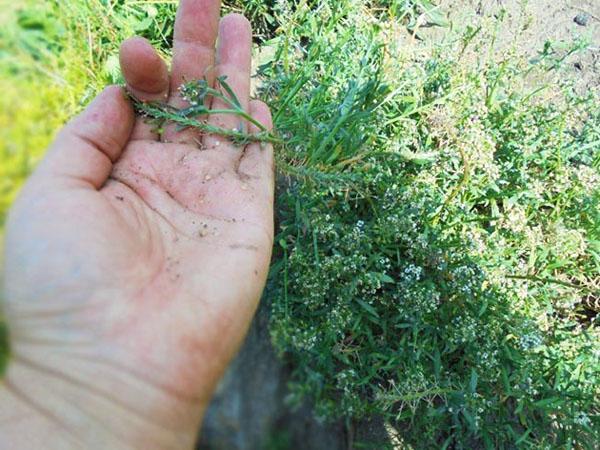 Many flower growers prefer to grow perennial alissum so as not to plant it every year. This variety is distinguished by its unpretentiousness and good winter hardiness. However, proper care for alyssum after flowering will prolong its life. What needs to be done so that the bushes are strong and bloom profusely for more than one season?

When the seeds of alyssum are harvested

If the task is to prepare planting material for plant propagation in the next season, it is important not to miss the moment of collecting seeds. Considering that they are very small, this must be done in a timely manner. Otherwise, the fruits will open and the alissum itself will multiply by self-seeding chaotically. You should start collecting seeds no later than early October. It will be more convenient not to pick each fruit separately, but to spread a piece of cloth or film under the bushes. Then, simply rub the inflorescences with your hands and select large debris. Small pieces can be left – they will come in handy during sowing so that the seeds do not lay down so densely.

To prevent light small seeds from being blown away by the wind, the collection of seeds should be carried out in calm weather..

The collected seeds must be dried by placing a blanket in a dry, ventilated room. You can sprinkle them on a tray or newspaper. It is better to store seeds in cloth bags..

If the moment was missed, and the seeds crumbled, you can collect at least some of them by sweeping away with a broom and winding.

Perennial alyssum winters well, especially in the southern regions. However, it also has limiting values, below which the bushes completely freeze out – this is 15 ° C of frost.

If winter frosts are not so severe in your area, alyssum can winter well, provided that it needs to be prepared. For this:

Thus, proper care for alyssum after flowering will allow perennials to overwinter without loss. In addition, strong and healthy bushes in the spring will become even more luxuriant, growing many young shoots..

Video about growing and caring for alyssum