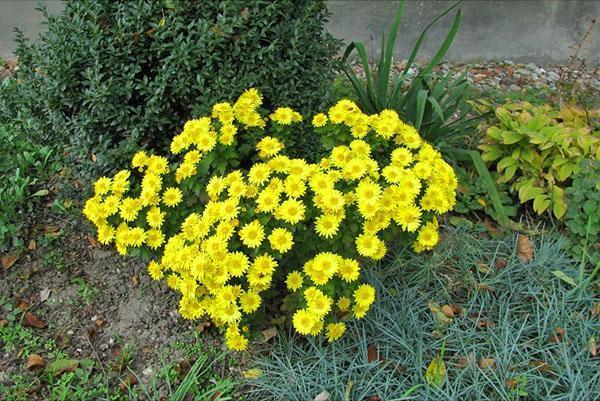 In central Russia, large-flowered chrysanthemums can be grown as annual plants. Before the first frost, the peduncles must be cut off, the plants must be dug up and transplanted into pots. To avoid stagnant water, drainage is poured at the bottom of the pot. After transplanting chrysanthemums, the soil in the pot is mulched to retain moisture. Pots with large-flowered chrysanthemum are transferred to a room with a temperature of + 6 ° C – (+ 8 ° C). After planting chrysanthemums back in the open ground in the spring, the stem is cut at the root. This stimulates the formation of a new basal shoot..

In April, apply a complex mineral fertilizer with a high content of potassium and phosphorus to the soil. In July, you can apply nitrogen fertilizers to the soil.