Learning to propagate boxwood on your own 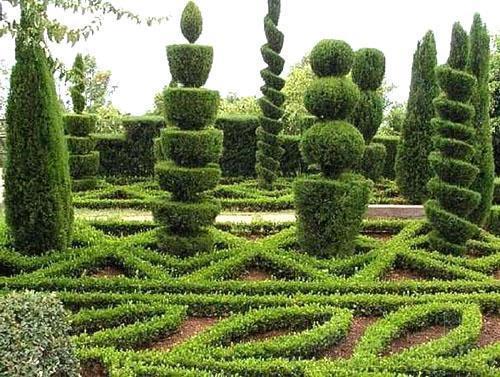 Boxwood is a beloved evergreen plant with small leathery leaves, which has long been used in landscape design and to decorate interiors..

Now you will not surprise anyone with a flower bed with dahlias or petunias. Today it is customary to decorate city streets and houses adjoining with special care and subtle artistic taste, using perennial plants for this purpose. Living green hedges, arches, gazebos, tunnels under overhanging foliage help residents of large cities to feel the beauty of nature again and again and not to lose touch with it. The art of topiary, known in ancient Rome – the creation of living green sculptures from plants, has gained wide popularity today.. 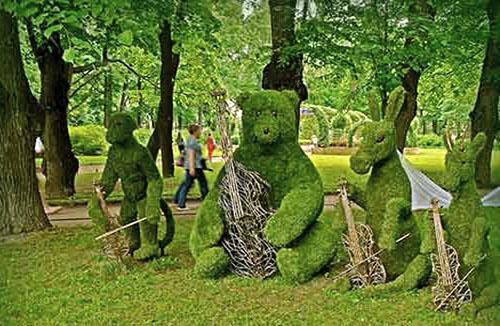 From those ancient times to the present day, boxwood was considered one of the best plants for creating such garden forms. It grows so slowly that 2-3 haircuts per season are enough to keep topiary and hedges in good shape. In addition, boxwood is very malleable. This means its ability to respond to a haircut by growing new branches, which makes its crown only thicker and denser..

Large green sculptures are formed from several plants planted close to each other. Hedges and mazes are obtained by planting a huge number of boxwood seedlings according to a specific pattern. And then a logical question immediately arises: where to get such a number of seedlings? How to propagate boxwood?

Reproduction of boxwood is usually done in two ways: seed and vegetative. 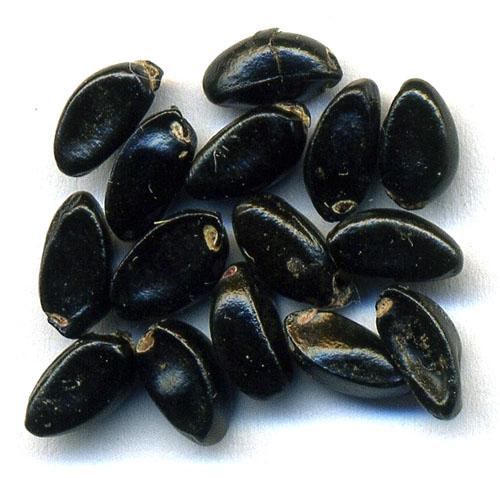 The seed method gives good results. The sprouts that hatch from the seeds grow back rather quickly and manage to turn into small (10-15 cm) bushes during the season. But the reproduction of boxwood by seeds has a number of disadvantages: 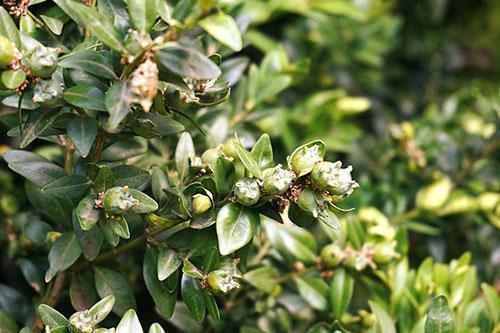 From this point of view, the cutting of boxwood looks more attractive, since it gives much more new self-rooted seedlings. Small twigs of boxwood are placed in a nutritious substrate and soon new young plants are obtained from them on their own roots.. 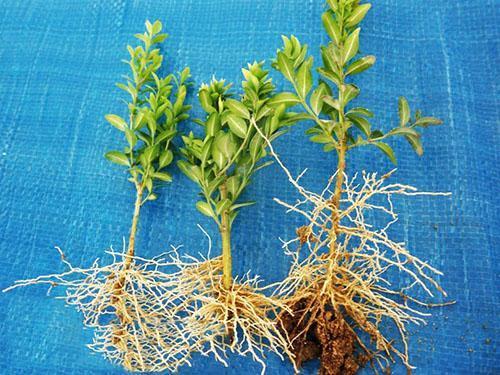 There is another way to propagate boxwood: by rooting green cuttings. To do this, several young twigs close to the ground are bent and covered with earth. By the end of the season, roots are formed at the points of contact with the soil. After that, the layers can be safely cut off from the mother bush and planted as independent plants.. 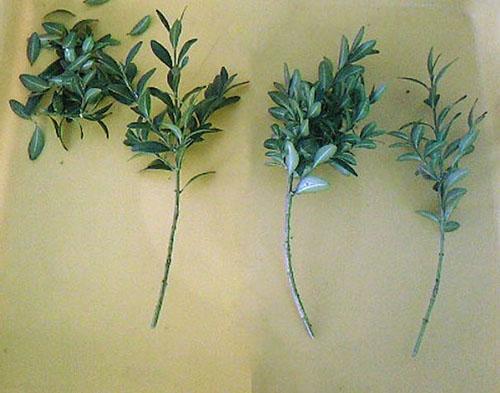 To propagate boxwood by cuttings at home, you need to know a few simple rules.

Cuttings can be carried out from spring to autumn. In autumn, cuttings root better, but at the same time they do not have enough time even for growth. Such seedlings have to be planted in pots and kept at home in a cool place until spring. On the contrary, in the spring-summer period, the cuttings of boxwood, although they give a percentage of rooting slightly lower than the autumn, allows to get strong grown seedlings by the fall. At the same time, young plants become able to winter in the open field..

For grafting, it is necessary to cut branches 10-20 cm long with a sharp secateurs. It is better to cut them from the bottom of the bush. The twigs should be one or two years old, well ripened, but not woody. The twigs should be cleaned of several lower leaves, freeing at least two internodes. After that, you need to slightly damage the bark of the trunk – lightly draw along it along with a needle, a fingernail. Subsequently, callus is formed on such grooves, from which roots will grow. Before planting, boxwood cuttings can be treated with root stimulants, but this is not necessary. Boxwood already has a good rooting ability..

Boxwood cuttings should not be placed in water for rooting and should not be dried before rooting. This will lead to their death. Boxwood refers to those plants that need to be rooted only in the ground.. 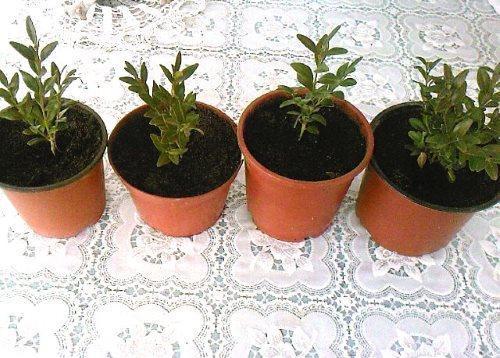 If you are going to breed boxwood at home, then for grafting you need to take wide pots with large holes in the bottom. This will prevent excess moisture from stagnating in the pot, as it damages the plants. The soil in which the cuttings will root should be light and breathable. You can use a mixture of turf, peat and sand.

Cuttings are planted in a shaded area, 10 cm apart. You can plant them in several rows, leaving a distance between the rows of at least 20 cm.When planting in pots, 1-4 cuttings are placed in each. 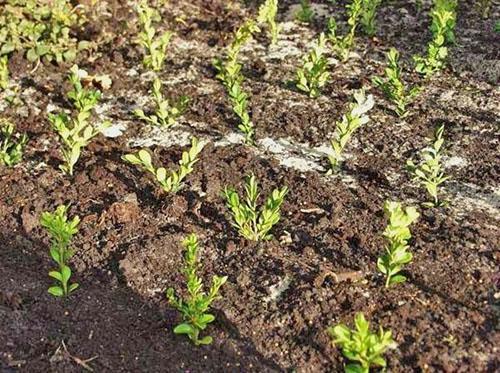 When grafting boxwood, the planted twigs are best covered with foil or non-woven material. This will help create a microclimate for future seedlings that is independent of external conditions. Planting should be watered sparingly but regularly. After about 2 months, the first sign of successful rooting of cuttings will appear – the plants will start to grow and form new leaves.

The most unpretentious when grafting is ordinary boxwood evergreen (Búxus sempervírens). Variegated varieties require more attention. When dry, waterlogged, or minor damage to the roots, they can shed their leaves. 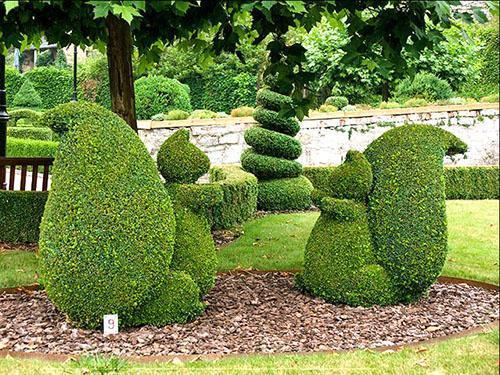 Rooted boxwood seedlings can be planted in a permanent place or (in autumn cuttings) left in pots until spring. Young plants in the open field must be very carefully prepared for the first winter. The soil around them can be mulched with mature compost or needles. If the winters in the region are harsh, but it is necessary to provide shelter – from non-woven fabric or plywood boxes with holes. In winter, young plantings should be covered with snow.

Watch the breeding technology of boxwood cuttings in the video installed at the end of the article. 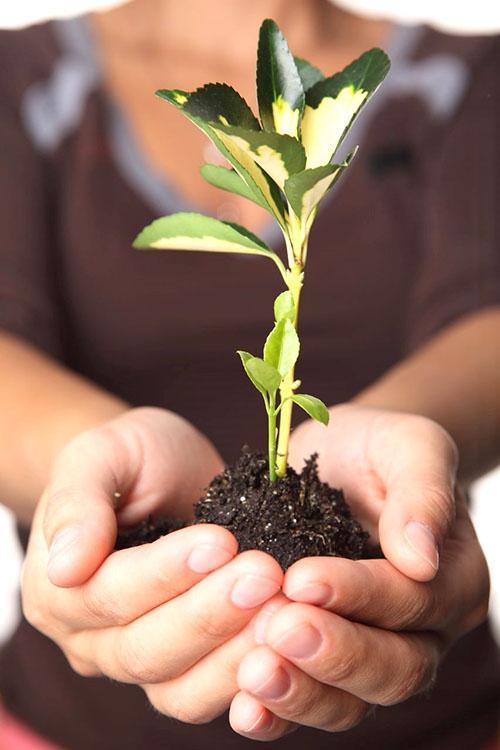 We looked at several ways to propagate boxwood: by seeds, cuttings and green layering. Undoubtedly, the most productive is cuttings..

If there may be certain problems with the presence of seeds and lower layers in sheared boxwood bushes, then with cuttings everything is much simpler:

The most important thing is not to dry out the cuttings and place them in the soil in time for rooting. And believe me, the results of your efforts will delight you with healthy and beautiful boxwood plants for many years..

Reproduction of boxwood by cuttings – video