Planting and caring for boxwood in the Leningrad region 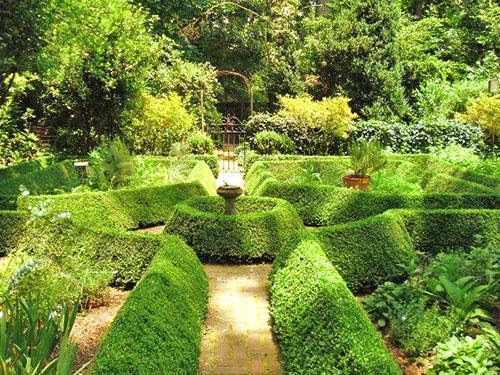 The boxwood tree and shrub that has recently become fashionable, although not too whimsical, requires certain knowledge. To get the best results, you need to know exactly how to plant and care for boxwood.. 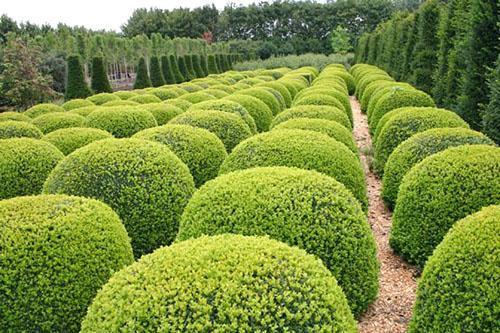 About thirty different plant species are united under the name boxwood. They grow wild in Asia and the Mediterranean. In our country, the boxwood shrub is most often grown in a decorative way in parks, gardens and squares, although sometimes wild plants are found. Boxwood trees and shrubs are widely used in the field of landscape design..

This plant is highly prized for its appearance and other properties: 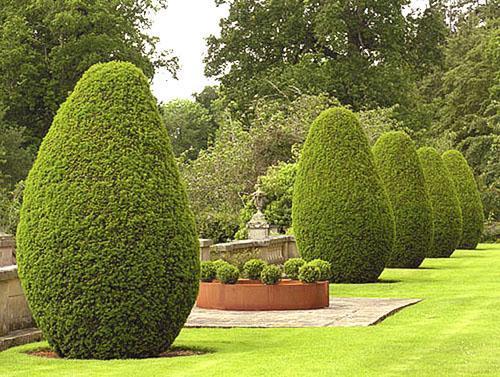 Planting and caring for boxwood in the Leningrad region does not present any difficulties for a person who is at least a little familiar with the basics of gardening. The only difference from the southern regions of Russia is the cooler climate, which narrows the planting period for boxwood shrubs. The procedure can be carried out from the second half of April to the first half of October. If the boxwood tree was planted in the summer, then it must be watered much more often than with autumn or spring plantings, so that the plant takes root well..

If you need to transplant adult plants that are already several years old, then the seedlings are taken with a lump of earth in which they grew before. You can transplant at any time of the year, except for the winter months. In the case of purchasing seedlings of a shrub or boxwood tree shortly before the onset of frost, it is better to dig them in a shady place or cover them with a film that protects from sunlight until April.

Do not dig in hollows where ice can form. The best way to overwinter boxwood is to completely cover it with snow on a soil that allows moisture to pass through well.. 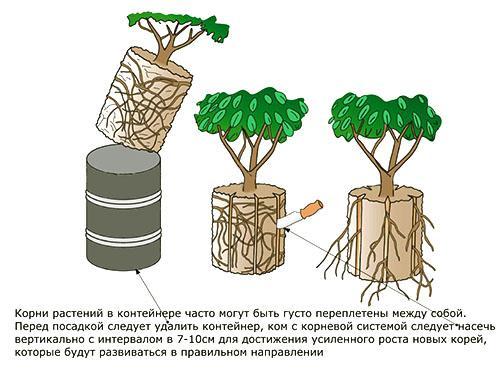 When transplanting plants from a container, you should carefully consider the root system. She is often intertwined, which does not allow her to switch to other growth conditions in a timely manner. This problem can be solved by “teasing” the roots. This term implies the release of the outer part of the root system so that they can continue to grow in the right direction. It is best to carry out the procedure with a thin, oblong object. And do not worry about possible damage to the roots, because if they are not straightened, they will be useless..

When a single bush or boxwood tree is planted, a hole is dug. In the case of planting a hedge, it is necessary to make a shallow trench. Place boxwood seedlings in them, making sure that the roots sink below the mark of the old coma or container.

When planting, it should be borne in mind that the soil around the trunk should be slightly deepened so that it retains water near the plant..

If, when digging a hole at a depth exceeding 20-30 centimeters, sand, clay or other kind of soil poor in minerals is found, then the hole is cleaned and deepened even more. A layer of fertile soil is poured into the vacant space.

To organize a hedge from a boxwood shrub in one row, it is necessary to use four to five plant seedlings, which are planted at a distance of 20-25 centimeters. The number of seedlings depends on the length of the hedge. 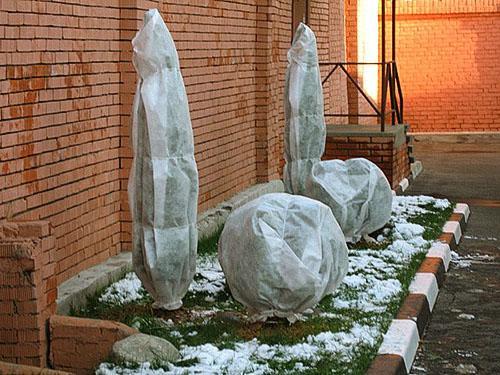 The most crucial time of the year for caring for boxwood is winter and the second half of November. It is during this period that temperature drops occur, which can lead to the appearance of excess moisture or superficial frostbite of the root system and trunk..

To avoid death or serious damage to the plant, it is necessary in the fall, a few days before the start of the first frost, to fill the boxwood with plenty of water.

It is advisable to mulch the ground with peat or rotten needles of coniferous trees. You should not use fallen leaves for this, because it can grow older and lead to fungal diseases that can destroy the boxwood.. 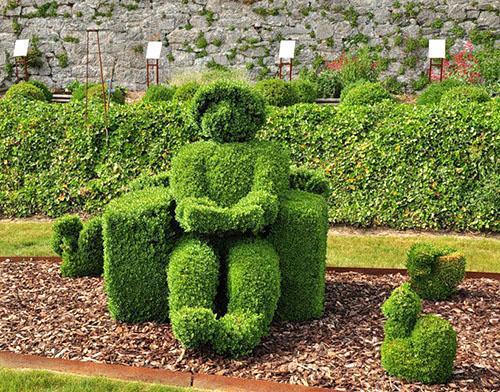 After the steps described above, you need to wait until the temperature drops to -10 ° C or lower and then proceed to winter care. To do this, you need to cover the box with wooden or plastic boxes, which will allow it to be insulated. Ventilation holes must be made in the boxes. This method is great for a globular boxwood tree. It is enough to cover smaller boxwood shrubs with any non-woven material that needs to be tied up so that a large amount of snow does not break off the plants.