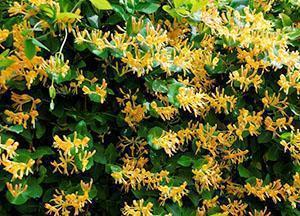 Among the ornamental shrubs, honeysuckle, honeysuckle, fragrant liana, draws special attention to itself. A fast growing liana can decorate a high fence that separates the site from the road. With the arrangement of guide supports, the plant can rush up to 4-5 meters. At the same time, the lash is strewn with large and fragrant inflorescences for a month.

Basic information about the plant 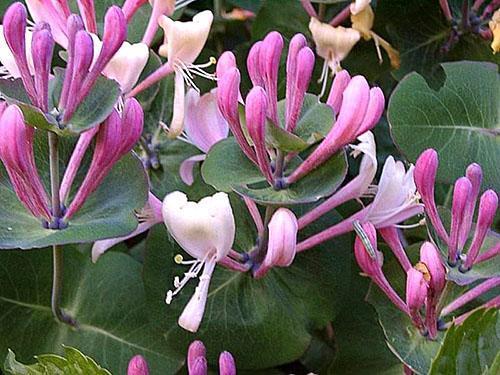 Decorative curly honeysuckle represents vines that climb on a support, following the designer’s idea. In nature, this plant is found in southern and central Europe and the Caucasus. The name of the species “honeysuckle” translates as “goat leaf”.

A naked young shoot in search of support can use the skeletal branch of the bush, and then a sloppy green lump is formed. Therefore, it is so important to form a plant from the first days of its development. The very dense leaves are elliptical in shape. The pairs grow together into a disc, and a flower whisk develops in the middle of it.. 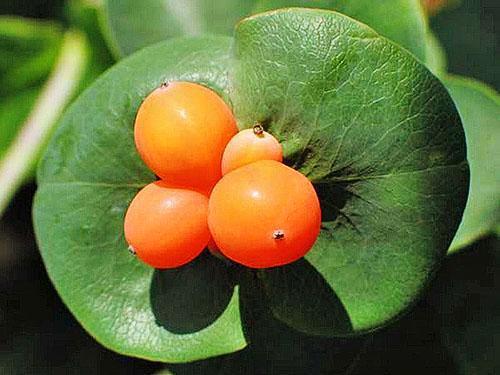 The flowers towering above the ellipse on tall tubes with protruding stamens and pistils give off a strong pleasant aroma. The flowers themselves are very unusual and decorative. During the period of abundant flowering, the decorative honeysuckle honeysuckle is an excellent honey plant. Flowering lasts about a month, as a result, inedible orange berries are tied..

Currently, this species of lianas is not cultivated only in the northern regions with a sharply continental climate. The reason is that the southern plant freezes over the winter.. 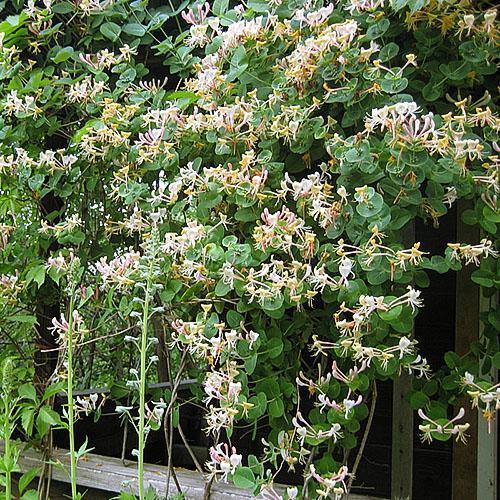 To get a fast growing shoot with abundant flowering, it is necessary to create optimal conditions for the bush for development. For this, the vine must be planted in a sunny place with a low standing of groundwater. The soil should be light on the basis of humus, garden soddy soil and sand. The reaction should be neutral or slightly alkaline.

Watering honeysuckle loves moderate, responds well to spring feeding with humus. During the summer, it will gratefully accept irrigation watering over greenery during a drought and 2-3 additional fertilizing with full mineral fertilizer or mullein infusion until mid-July, later it should not be fed, so as not to violate winter hardiness. The soil under the bush should be loosened and mulched..

Decorative honeysuckle honeysuckle responds well to crown-forming pruning, which is carried out in the spring before the first living buds. Dry twigs should also be cut. And a little flaking bark on an old vine is a generic sign.. 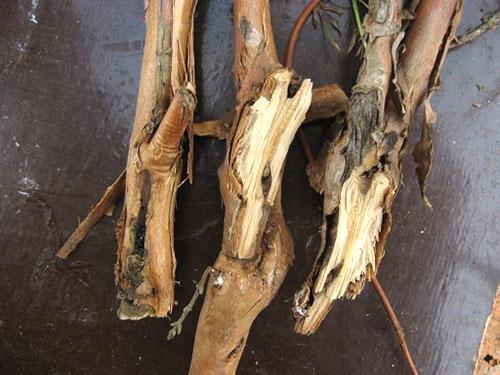 Diseases and pests of decorative honeysuckle honeysuckle destroy the beauty of the green fence, therefore, in order to prevent pests and diseases from entering your green fence, you must follow some rules that are applicable to other plants:

Prevention is always better than fighting insect pests that have proliferated.

Ornamental plants are attractive only when the crown is well formed and the leaves are not damaged by diseases and pests.

Anyone who has seen how the honeysuckle grows will inevitably want to have this vine in his possession. Reproduction of honeysuckle honeysuckle is possible in several ways:

Honeysuckle can be propagated only with fresh seeds of the second year. The harvested fruits should be freed from the pulp, rinsed and dried. Seeds must be stratified before spring sowing. Seeds for seedlings are sown in spring, and in summer, grown seedlings are placed in a permanent place. 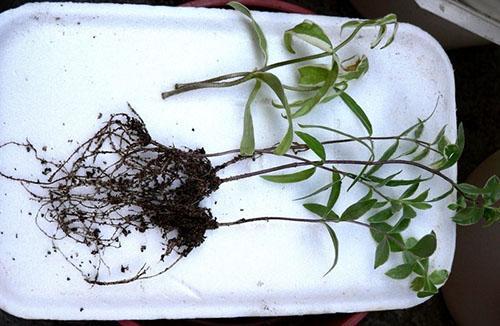 Planting material for cuttings is harvested in August. Cuttings with three internodes are rooted in autumn in a special nursery with a sand-peat mixture. In the spring, the rooted plant is planted in a permanent place.. 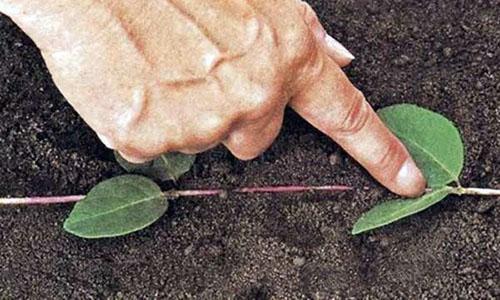 The easiest way is to propagate honeysuckle honeysuckle by rooting a layer, which is incised and buried in the ground on a liana that continues to grow. In the place of the incision, roots are formed, the twig is separated from the liana and planted in a permanent place.

Honeysuckle honeysuckle does not tolerate multiple transplants. When the first roots appear, it is necessary to provide the plant with a permanent place of residence..

Planting and caring for curly honeysuckle 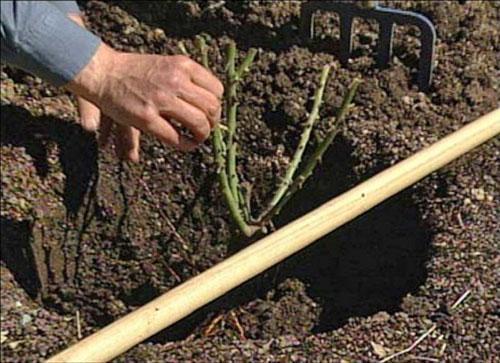 In advance, at a place specified for the composition, single holes 60 cm deep or a trench are dug, which is filled with fertile soil with a large amount of compost or last year’s manure. Be sure to apply mineral fertilizers. Do not forget about ash so that mineral fertilizers do not deoxidize the soil.

The best time to plant and care for climbing honeysuckle is April – May. In a year, the plant will rise 2 meters. But in the first two years, the vines need to be removed from supports for the winter and protected from freezing. Throughout the entire period of growth, vines need caring pruning and crown formation..

Read also the article on the topic: honeysuckle – planting and care in the suburbs!