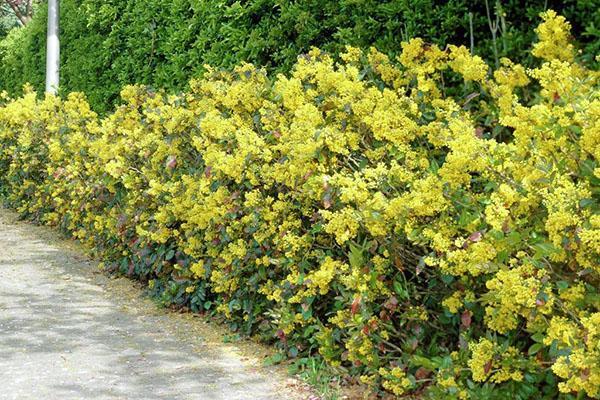 Mahonia holly represents the Barberry family. The Latin name for this beautiful shrub is Mahonia aquifolium. This evergreen representative of the plant world is not afraid of cold weather and firmly endures snowdrifts. The culture is actively used by landscape designers in the design of various territories. The shrub looks great as a decorative hedge. 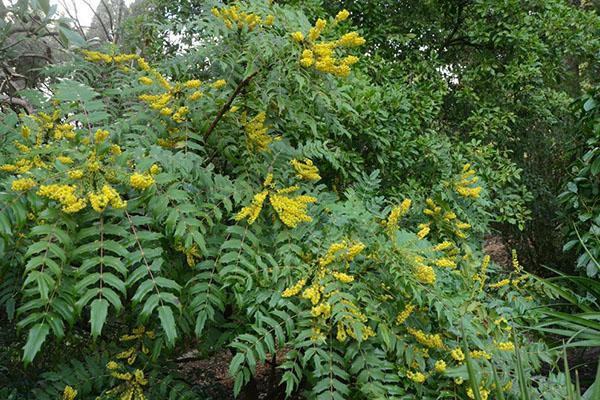 This shrub, which attracted many, came to us from North America, where it is called “Oregon grapes”. This is due to the fact that its natural thickets are widespread in its native California and Oregon..

In nature, there are more than 50 types of culture.

The size of Mahonia holly is impressive. She is able to grow up to two meters in height. The plant has very beautiful leathery leaves with a pleasant shine, which delight with their rich green color throughout the warm period, and change it to an unusual purple-brown hue in the fall..

The bushes not only have attractive foliage, but also flowers. In May, the thickets of Mahonia are covered with whole caps of rich yellow buds, which are collected in inflorescences in the form of a brush. They spread a pleasant aroma, so bees and other insects are constantly circling over the plant. Under good growing conditions, the Mahonia shrub blooms twice a year.. Lush flowering is replaced by the turn of fruiting. Blue round berries with a bluish bloom cover the bush and become an additional decoration for it for several months. The fruits are edible, they are used in medicine to lower blood pressure, and at home they even cook compotes from them..

Since the plant is cross-pollinated, it is necessary to plant at least two bushes on the site for the formation of berries..

In landscape gardening, in addition to holly mahonia, the following varieties are popular:

They all differ in size and shade of the plates. In Mahonia bushes, golden foliage has a yellowish outline, and motley plates have a white border. Both of these varieties look good when alternating with a holly look.. 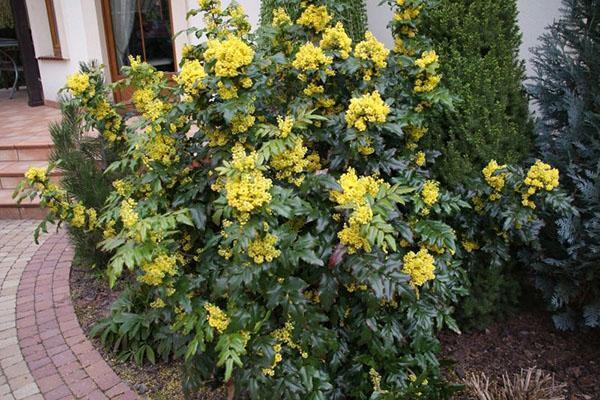 The evergreen plant is long-lived. With proper cultivation and care, Mahonia holly has been pleasing its owners for many years.. 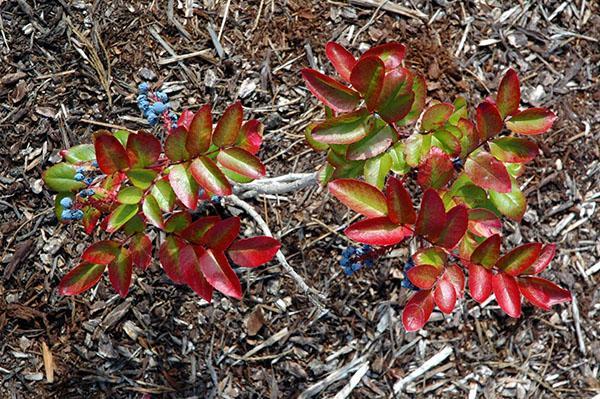 Under natural conditions, this representative of the flora lives in the shade of tall trees and therefore does not like the sun too much. For planting Mahonia holly, it is better to choose a darkened place. Bright sun rays can cause burns on foliage, as a result of which it will lose its attractive appearance and the bush will grow poorly.. 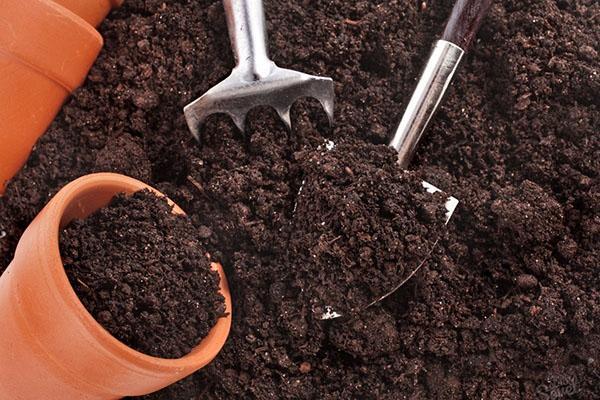 The composition of the earth is not critical. The shrub grows calmly on loamy soils. To plant it, dimples are dug 50 cm deep. The specimens are planted, leaving gaps of one or two meters. The main thing is not to deepen the root collar. Transplanting bushes is allowed at any time of the year, except for the very late autumn, when the plant is preparing for rest.. 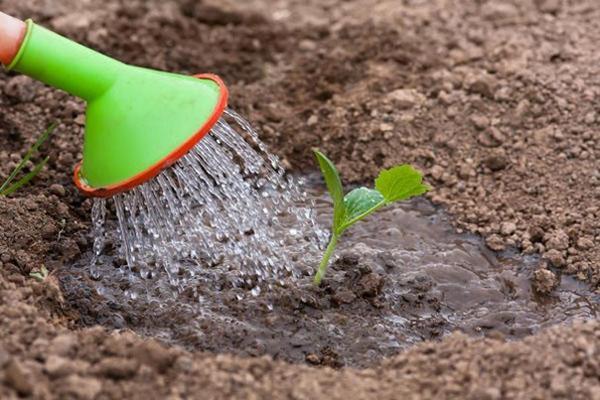 Mahonia holly loves water. It is necessary to water its thickets regularly. To prevent moisture from evaporating so quickly, it is better to mulch the space around the plant. It is beneficial to systematically spray the foliage with plain water or special fertilizers. Such foliar feeding will benefit Mahonia.. 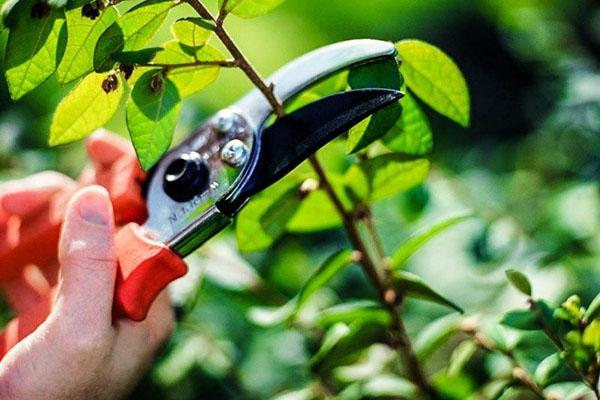 Shoot pruning is done in early spring before the sap begins to move. Only adult specimens that are over 10 years old are trimmed. A trimming helps to trim older, heavily overgrown plants. Pruned undamaged branches can be used for grafting.

Best of all, the bush develops in weak partial shade.. 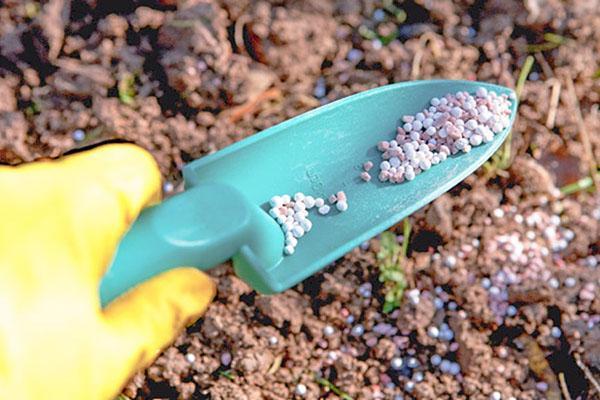 For a plant to have a healthy and attractive appearance, it is important to systematically fertilize it. You can spray the foliage during the entire warm period with interruptions a month. Root feeding is carried out in the spring. To do this, mineral fertilizer of a complex direction is scattered around the trunk directly on the ground.. 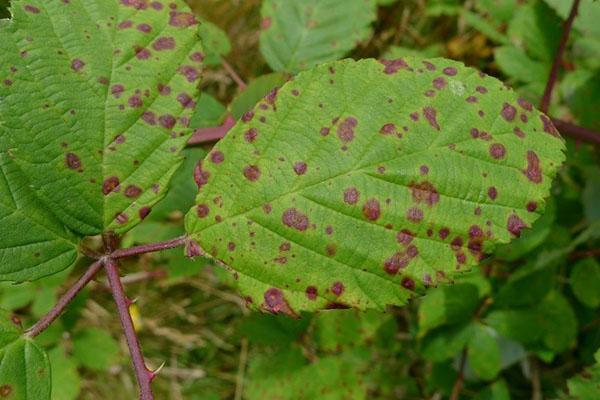 Mahonia is one of the plants that is quite resistant to diseases, but it is not always possible to completely avoid them. It is most susceptible to the appearance of spotting, rust, powdery mildew. To prevent the development of these ailments, systematic preventive spraying with copper-based preparations should be carried out. To do this, dissolve a mixture of 200 g of green soap and 20 g of copper sulfate in 10 liters of water. Bordeaux liquid is also suitable.

Powdery mildew covers the beautiful shiny leaves and shoots of Mahonia with a white bloom. To combat this disease, the shrub is sprayed twice a month with Fundazol or Callatan. Products with sulfur in the composition do an excellent job with rust. For prevention, shrubs can be treated in spring with Tsineb. If rust begins to attack the plates, they are immediately removed to prevent the spread of the disease..

You can get additional plants for the site by cuttings, dividing rhizomes or planting seeds. 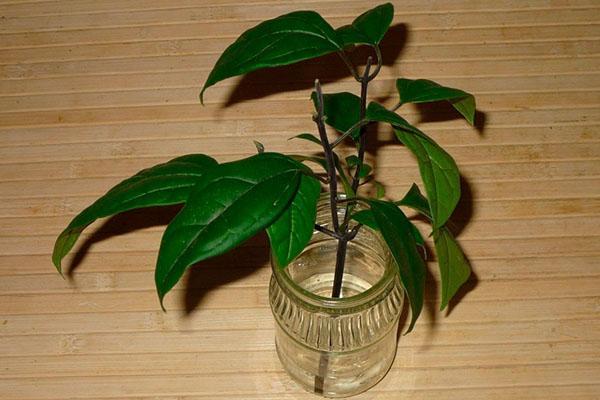 This is the most popular breeding method for Mahonia holly. With the correct procedure, you can grow a beautiful and healthy plant..

When propagating Mahonia holly cuttings, it is necessary to take into account the following expert advice: 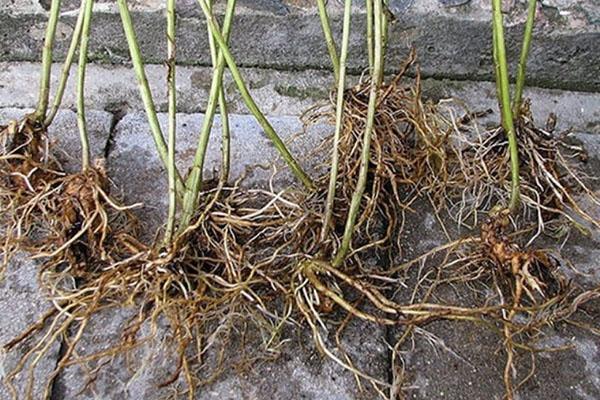 Another popular way to propagate Mahonia holly is with the help of layering. To this end, in the spring, the shoots are tilted to the ground, fixed with wire, covered with an earthen mixture so that the top is above it. In this way, the layers will take root faster. If necessary, they additionally cover the ground with polyethylene and irrigate it periodically. In this state, the shoots are left until autumn. When the roots are well formed, then the shoot is cut off from the mother specimen and planted as an independent plant. If the roots turned out to be small and undeveloped, I leave the shoots on rooting until spring. 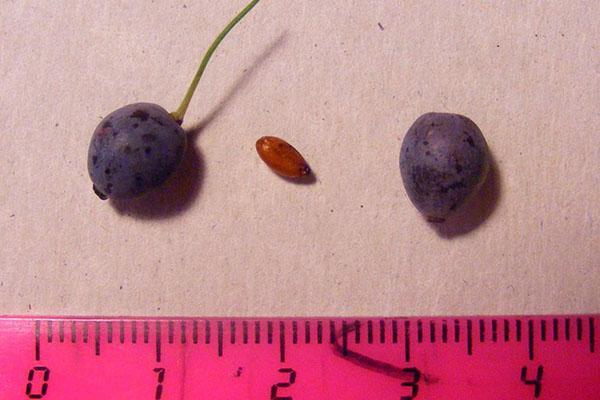 This is a more difficult type of reproduction. Cultivation of Mahonia holly from seeds is carried out both in autumn and in spring. The seeds are preliminarily kept in the refrigerator for at least three months. For autumn sowing, this procedure may not be carried out, but sow them well in advance of the onset of frost. The seeds are deepened by only 1.5-2 cm.

Another option for obtaining a new shrub is to cut off several shoots in winter and put them in a jar of water. Keep them in a bright, warm place. After a couple of months, the twigs take root. Instances that have remained the same should be dug in the spring on the site.

Magonia in the suburbs 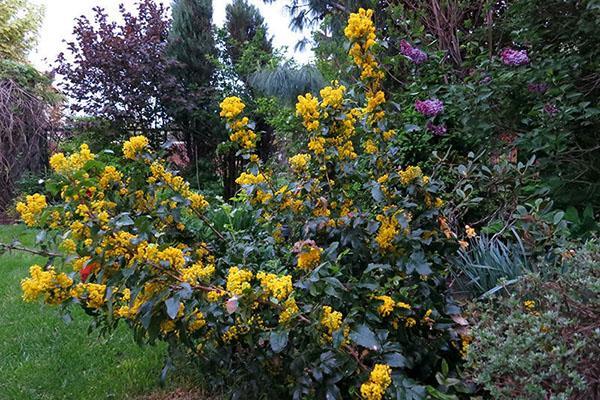 Adult plants are not at all afraid of cold weather, they tolerate wintering well. Therefore, in the Moscow region, holly mahonia takes root and does not require specific care. The main thing is to protect young specimens in the first two years of growing..

Previously, the plant was used to dye fabrics in a yellow shade..

For this you need:

Due to its exceptional unpretentiousness, Mahonia is a versatile plant on the list of landscape designers. With the help of its flowering shrubs, you can make a hedge, place it on a hill with stones, or plant it separately. Mahonia is combined with many plants in compositions. It looks especially good in a company with barberries, roses, Japanese quince or primroses. Plant Mahonia on your site, it deserves it, as well as proper, caring care..

Magonia in landscape design in the photo: 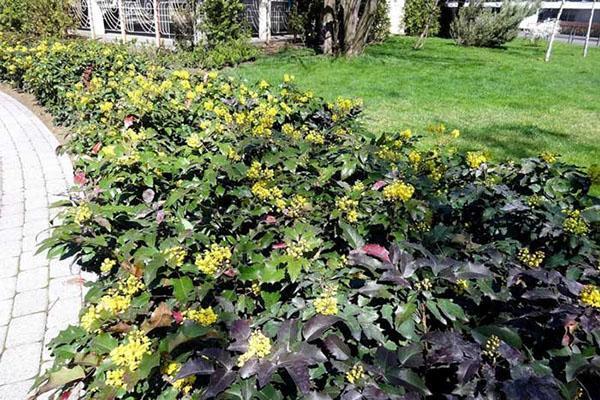 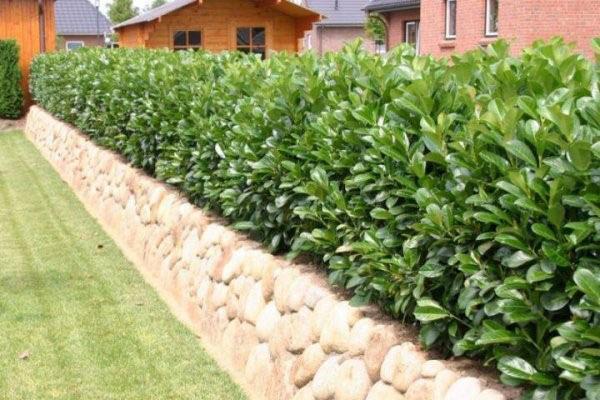 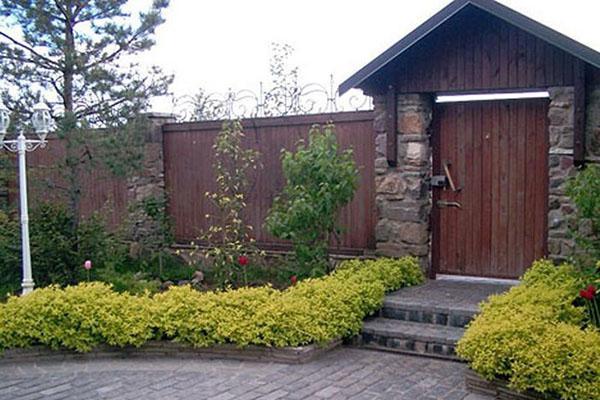 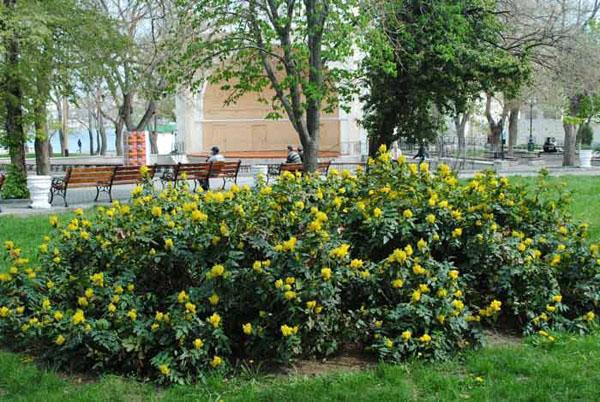