Simple and mysterious at the same time – maned barley 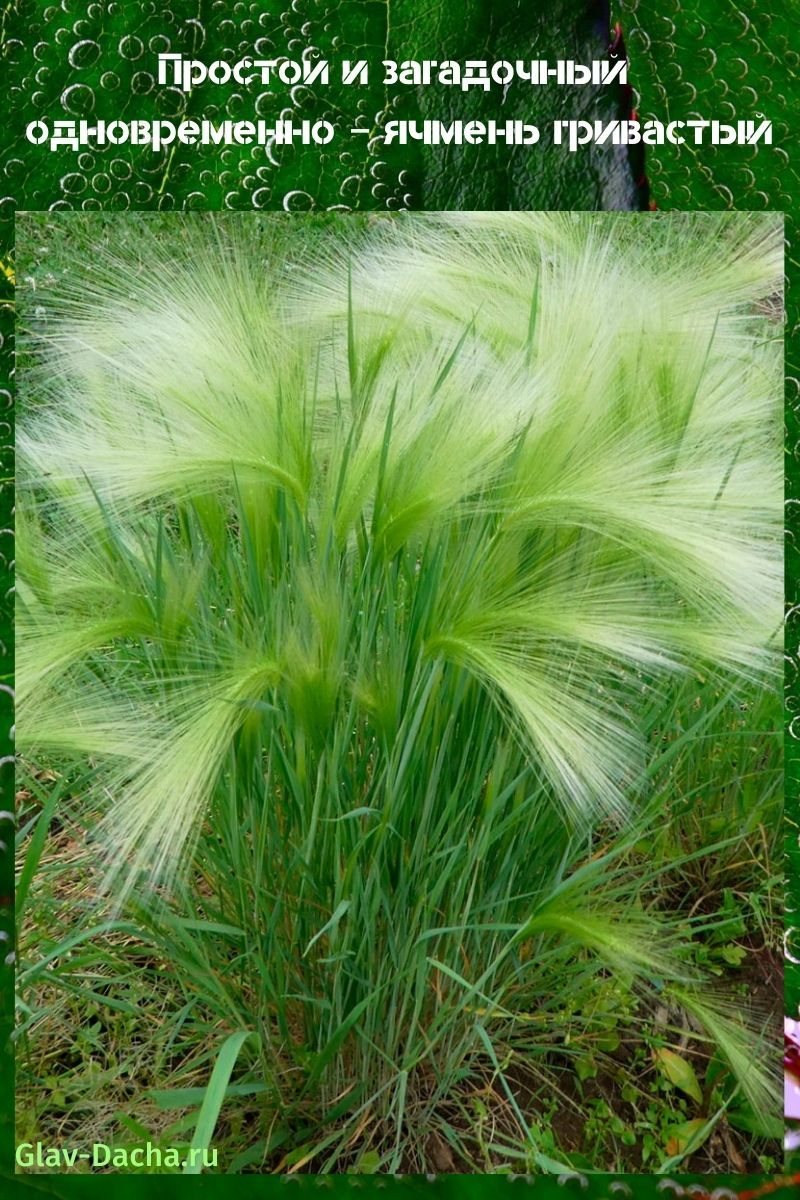 A wild, steppe plant has won a place in flower beds, flower beds of our sites. Information about the maned barley plant, which is described in the article, will be useful during the cultivation of the “eternal master of the steppes”. 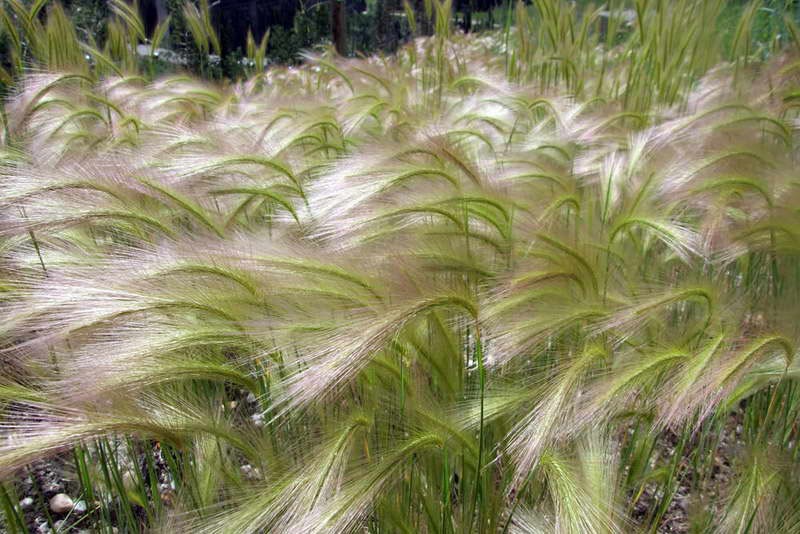 The smart guest is one of the “dangerous aliens” listed in the Black Book of Flora. Wild animals bypass him, fearing to use juicy greens, ears of corn because of troubles with the esophagus. Where does hare barley grow (other names are mouse, wild)? It infests crops in Russia, Europe and North America. Reigns along roads, railway embankments, weedy places.

For people, barley has become an indispensable element of landscape design and floristry. A short-lived perennial shrub winters well in warm areas. In cold climates, it continues life as an annual plant. The appearance of barley consists of thin, fragile stems that form an elegant curtain. It is decorated with drooping single-flowered ears, collected in a group (there are 3 of them: middle sessile, on the sides with legs). Leaves are up to 8 cm long.They are gray in color, expand towards the top.

How to grow maned barley 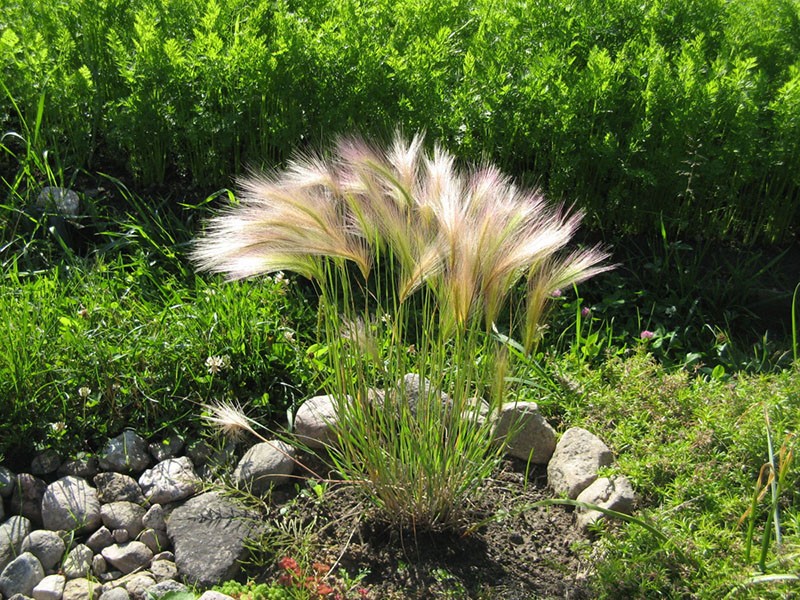 The impression of how barley looks like, a plant that filled the roadside, influenced the desire to move it to flower beds, to create beautiful winter bouquets. The first information about the use of the plant as an ornamental species has been known since 1782. Now specialists have detailed rules for agrotechnical care for him. Their advice helps to avoid the combined effects of factors leading to plant death..

Maned barley can be grown by sowing seeds, through seedlings. Breeding methods are different. 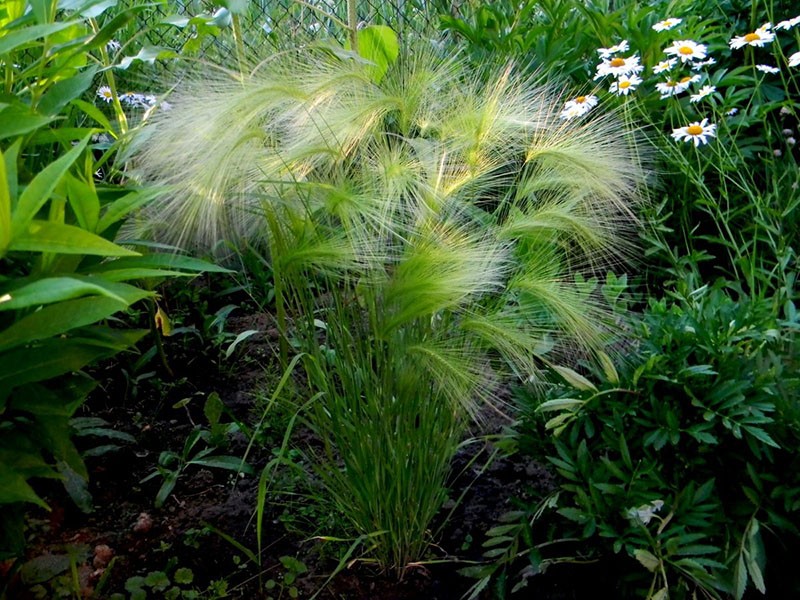 The plant does not make high demands on the soil. The composition of the soil can be any. The main requirement is the absence of stagnation, water accumulation, and poor oxygen supply. The soil should not be heavy, dense.

The best soil option is a slightly acidic or alkaline type of light soil with p H 6.0-9.0.

Maned barley also grows on the sand (if there is no alternative), but the bushes grow with a not very attractive appearance. When choosing a landing site on the site, you need to take into account the amount of light. Barley belongs to the light-loving categories. In shaded areas, decorative qualities are reduced.

Preparation of the landing site includes the following activities: 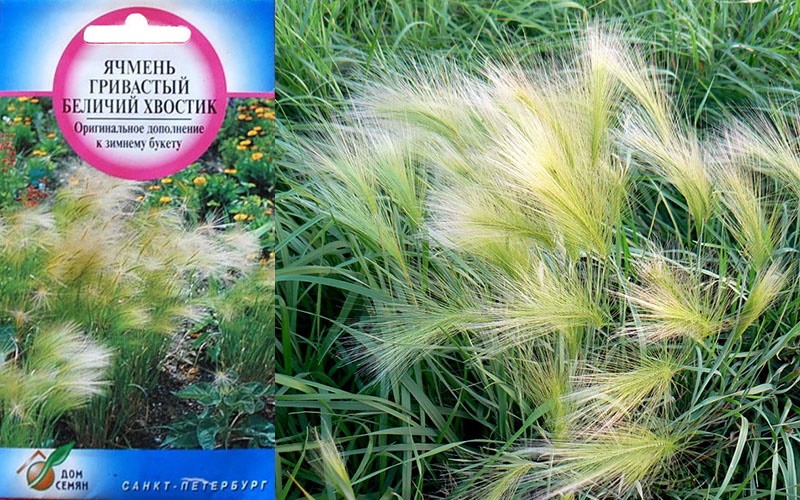 Maned barley planting and care, which does not require professional training, occupies the thoughts of the gardener already in April. By choosing this month for planting seeds, in the summer, flower beds will decorate lush, beautiful ears.

You can admire the lush flowering of barley from the beginning of June. To do this, it is grown by seedlings or sowing seeds in the ground in the fall (at the end of August).

The seeds are sold in specialized stores or used independently collected. The seed method is the only one for reproduction. The stock of seeds is created on purpose. For better germination, they are stratified according to known methods..

The easiest way to do the following is:

There is no strict landing pattern. To increase the size of the bush, at least 3 seeds are placed in each hole. Warm spring weather is chosen for planting time. Seedlings appear in 2 weeks. Temperature changes accelerate their appearance. It is required to monitor the destruction of seeds by mice and birds. To protect against unexpected frosts, a covering material is used by analogy with the protection of other crops. 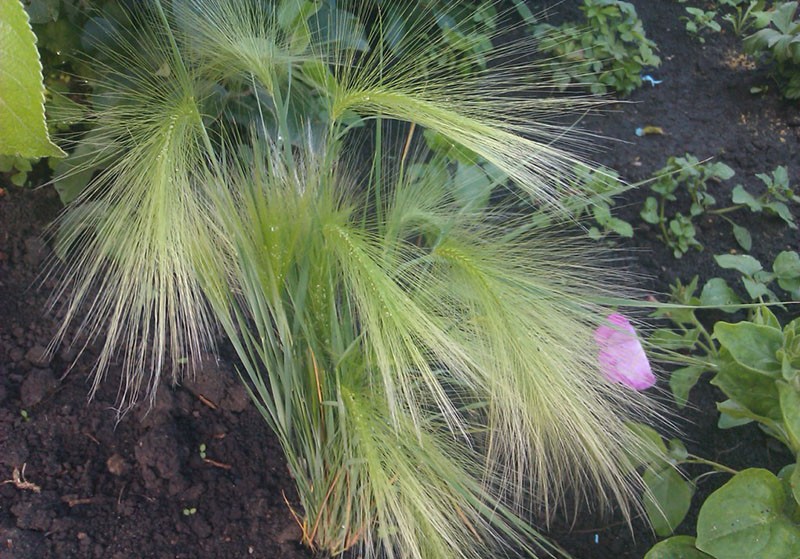 For planting seedlings, choose wide, shallow containers or allocate specific areas in the open field. The boxes are placed in a bright, cool place. With regular watering (the appearance of a dry crust is unacceptable), seedlings appear quickly. Overflowing while watering can be fatal for delicate sprouts. After a month, it is recommended to dive the plants into separate cups. The seedlings are transferred to open ground after the threat of frost has disappeared. In the days after transplantation, it is advisable to cover them with a film, do not forget about the dangers of excess moisture.

Growing seedlings in autumn (early September) for the next season is best done in containers that are indoors in winter.

Planting time differs in different climatic regions, it takes place in April, end of August. It should be warm without heat, cold wind. If it is necessary to change the place of cultivation, the seedlings are calmly transferred to the desired area. They are not afraid of the spring transplant.. 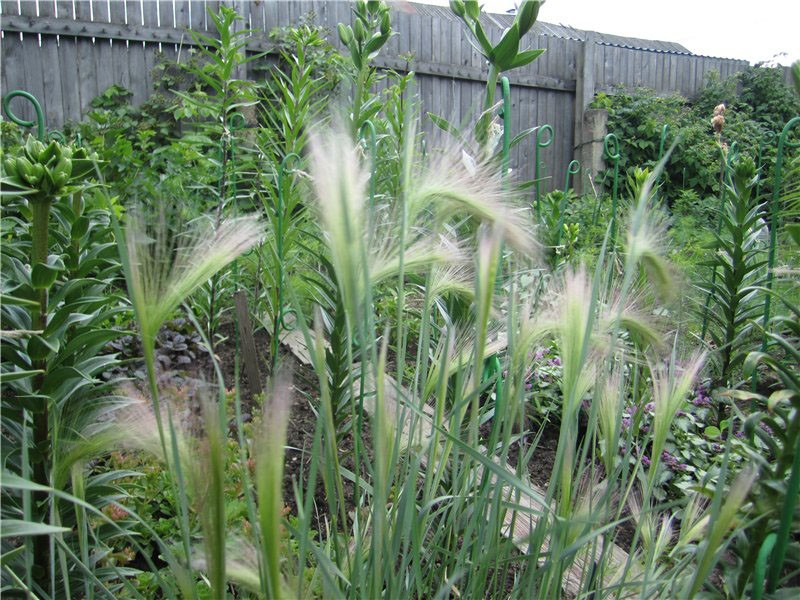 Ears are considered to be an expressive decorative part of barley. These are long inflorescences with fan-shaped bristles. They are cut off (for use in floristry) with the onset of the first earing phase (early June). Later, the ears crumble. Stems with inflorescences are arranged horizontally, forming fans. To prevent the bush from falling to the ground and becoming ugly, it must be periodically inspected, and unnecessary shoots removed. Do not carry out the procedure for eliminating shoots on landings near unsightly places. A loose plant quickly turns it into a fluffy carpet. 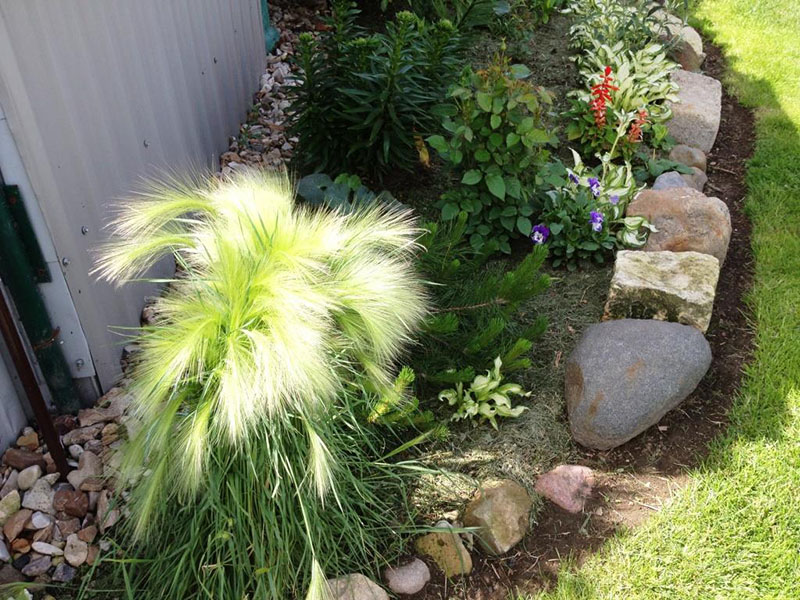 He will find any place where other species do not develop. The ability to change color during the growth period allows you to pick up amazing combinations of annuals, perennials next to it. 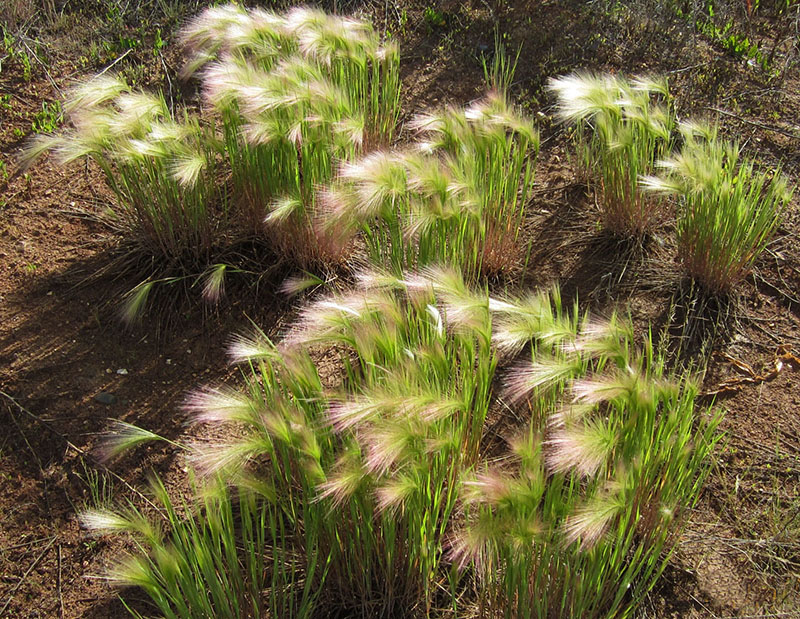 It is golden-green, silvery-emerald. Pinkish-purple scales on drooping ears form an unusual accent, diversify greenery, and become an important element of dry bouquets. Nearby, the beauty of popular annuals is enhanced: marigolds, calendula, asters. Perennial flowers tolerate being close to a wildlife representative well. Planting next to conifers (thujas, junipers) resemble a real pristine forest.