The best types and varieties of spinach for home growing 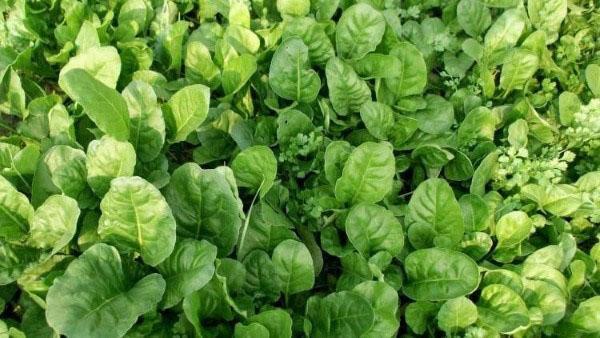 In early spring, we are so hungry for a vitamin that for the sake of a bunch of juicy spinach, we are ready to give kilograms of oranges that are boring over the winter. But you can get a natural product at home by sowing various types and varieties of spinach in the garden. Some of them will delight with early juicy leaves, others will provide a crop even in autumn, and some are generally perennial. In addition, there are varieties that will also serve as a decoration for the site. What is the most popular spinach and is most often found in garden beds? We bring to your attention a selection of the best types and varieties of spinach.

Early ripening varieties have a short growing season. You can cut the foliage as early as 2 or 3 weeks after sowing the seeds. It is noteworthy that the seeds themselves ripen only after 3-3.5 months..

Among the early varieties of spinach, spinach deserves attention: 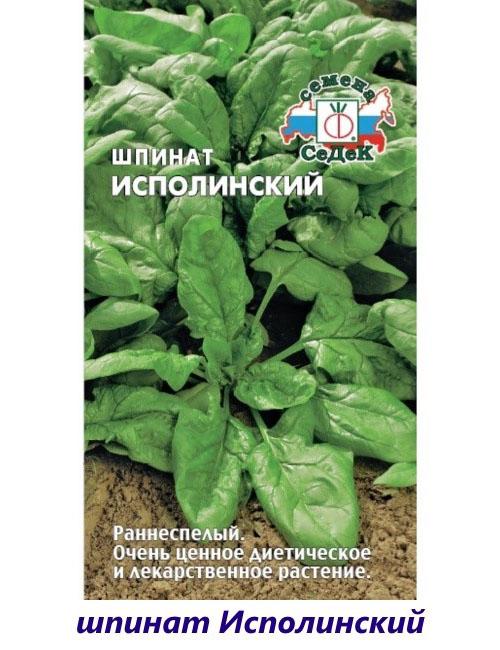 Cold-resistant variety for open field sowing. Also suitable for greenhouse cultivation. Gives a good harvest of juicy and tender leaves, starting from the third week after germination. The bushes are large enough, with a diameter of 40 to 50 cm, with a raised light green rosette.

Giant spinach is good not only fresh. It also retains its taste when canned. 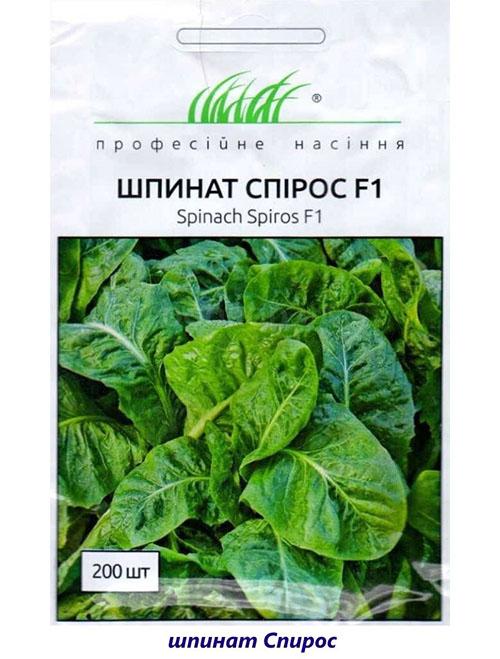 An early ripening hybrid variety that can be sown both in early spring and late autumn. Plants tolerate frosts well, and seeds germinate even at 2 ° C heat. The full growing season is 35 to 44 days. The bushes themselves are medium in size, with rounded, dark green and juicy, leaves on short petioles. The variety gives a high yield – at least 3 kg of deciduous mass per 1 sq. m. area. Spyros can be eaten fresh or added to soups or side dishes.

The hybrid is characterized by unpretentiousness not only to weather conditions. It is also not particularly picky about lighting. However, if there is enough sun, the bushes will be more lush. They prefer to grow on nutritious and moist soil rich in phosphorus and nitrogen..

Varietal spinach leaves are well stored for a long time without losing their taste.. 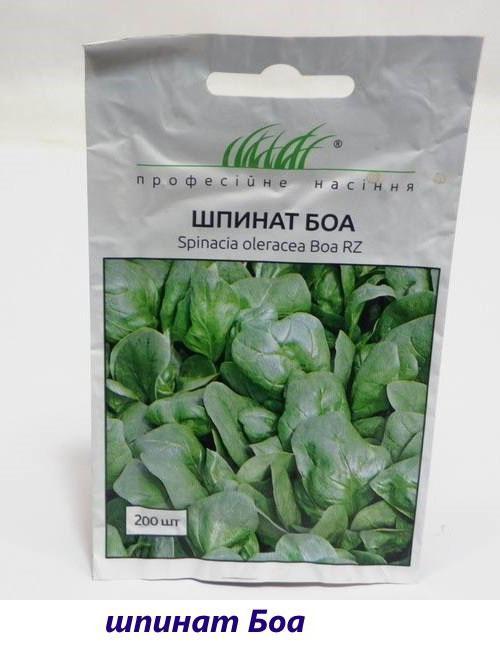 Another hybrid of early maturing spinach species, Boa is completely ready to cut 45 days after germination. The variety resembles sorrel more than others. It has similar, rounded and erect leaves, but only on short petioles. The leaf plate is even, thick and juicy, painted in emerald green.

Compared to Spyros spinach, Boa is more thermophilic. For germination, seeds need 4 ° C heat. However, this does not prevent the variety from remaining cold-resistant – even 6 ° C of frost will not harm it..

But the hybrid, like most spinach varieties, is picky about the soil. You cannot see high yields without fertile land, however, as well as without a sufficient amount of moisture..

The optimum temperature for the development of bushes is 15 ° C heat. At higher rates, as well as if the daylight hours are lengthened, spinach goes into the arrow. 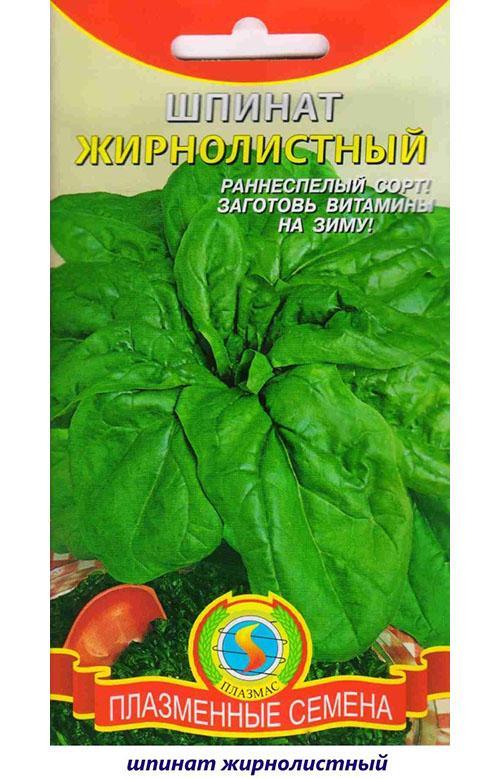 A very popular variety, grown not only in the open field, but also in greenhouses. The foliage is ready for cutting a maximum of 28 days after germination. Bushes tolerate a sharp drop in temperature without loss, which allows early sowing (in April). Plants of medium size, rosette diameter up to 28 cm. Green succulent leaves are slightly raised, have an oval shape. The maximum length of a leaf plate is 12 cm, while it is almost smooth, without characteristic “bubbles”.

Of the advantages of the variety, it is worth noting:

Spinach with medium ripening times has a longer growing season. It is usually planted next to early spinach to have fresh foliage incessantly. Such bushes give the first harvest 4-5 weeks after planting..

Some of the highest-yielding mid-season spinach varieties include: 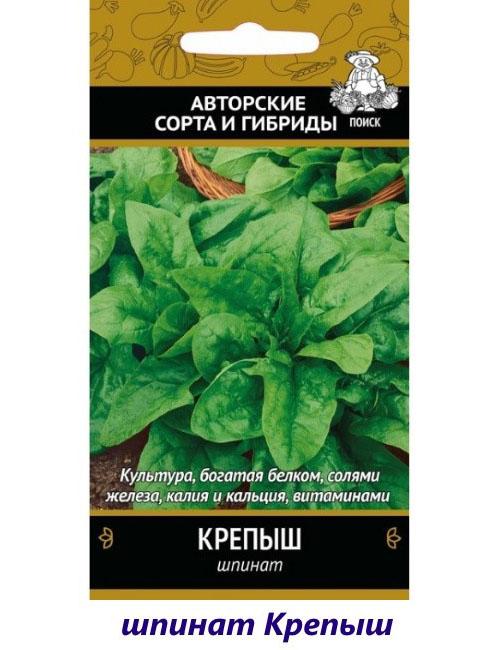 An unpretentious and persistent variety, Krepysh really grows into a relatively small but strong bush. Its height is a maximum of 30 cm. With this growth, it is quite possible to outline a flower bed with a bed of spinach. Lush bushes with dense foliage not only look great, but also please with a large harvest. Juicy leaves are quite “fat”, with a pleasant delicate taste, do not taste bitter. They grow in the shape of an egg and are slightly raised above the rosette. The green leaf plate is covered with a mysterious light gloss with barely noticeable bubbles.

Spinach Strong man will not please with an early harvest – the first leaves can be cut off at least a month later. But it has a number of advantages over other plant species, namely:

You can get the most out of a plant by regularly watering it and applying nitrogen fertilizers. Strong man is very fond of moisture and additional food. 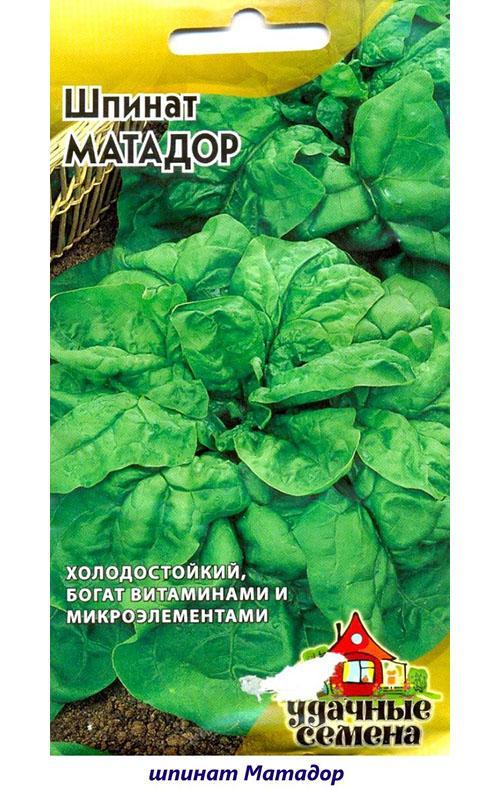 One of the best types and varieties of spinach for outdoor use. The foliage is ready for cutting within 30 days after germination. Depending on the region of cultivation, this period can be increased up to 50 days. Bushes are small, with a raised deciduous rosette up to 22 cm high. The leaves are thick, juicy, oval in shape, have a gray-green color. They taste similar to sorrel, but with a lighter sour note. The yield of the variety is good: from 1 sq. m. you can get up to 3 kg of juicy leaves.

Seeds should be soaked before sowing to increase germination.

Spinach tolerates low temperatures well, but requires regular watering. Grown by annual sowing of seeds. Sowing can be done both in spring, in April, and before winter. An autumn planting will allow for several harvests. It is worth noting that the Matador is relatively resistant to shooting. If the temperature does not exceed 20 ° C heat, the bushes actively grow leaves.

At higher temperatures, this stability disappears. Also, the variety goes into the arrow if the daylight hours are more than 15 hours..

The maximum amount of nutrients in Matador spinach is found in fresh foliage. It can also be frozen or canned. True, in this form, the leaves are less useful..

Types and varieties of late-ripening spinach

In order to grow foliage, these plants will take 4 to 8 weeks, depending on the particular variety. They are characterized by increased resistance to low temperatures and shooting, and are less likely to get sick..

Such late varieties of spinach have proven themselves quite well: 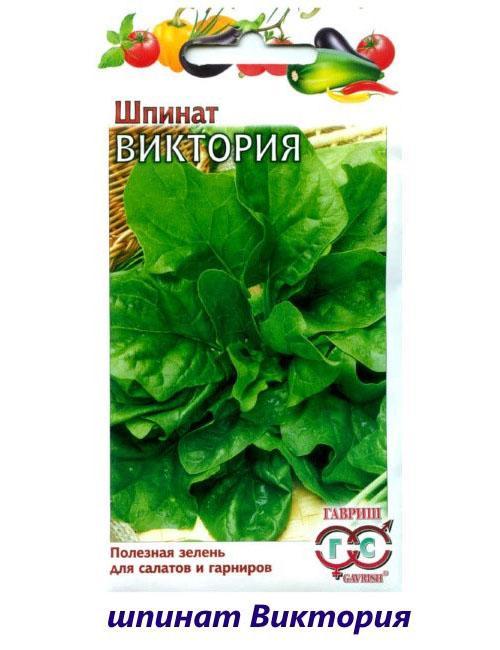 Bushes will delight with juicy foliage only from 5 weeks after pecking the seeds. But there are practically no arrows in spinach – the variety is resistant to shooting. In addition, plants also rarely get sick with powdery mildew, a thunderstorm of culture. They start sowing spinach from the end of spring and do it until the very end of autumn. This allows you to harvest in waves, almost continuously..

The bushes themselves are very compact, from 14 to 19 cm in diameter, but with a dense, pressed, deciduous rosette. The leaves have an interesting color: they are dark green, with a slight bluish tint, covered with pronounced “bubbles”. The length of the leaf is only 10 cm with a width of about 7 cm.The length of the petiole is almost half of the length of the leaf.

Victoria has high demands on soil and loves water. On poor, dry soil, the foliage will be “lean”, but the fertile moist soil will increase the quality of the crop. 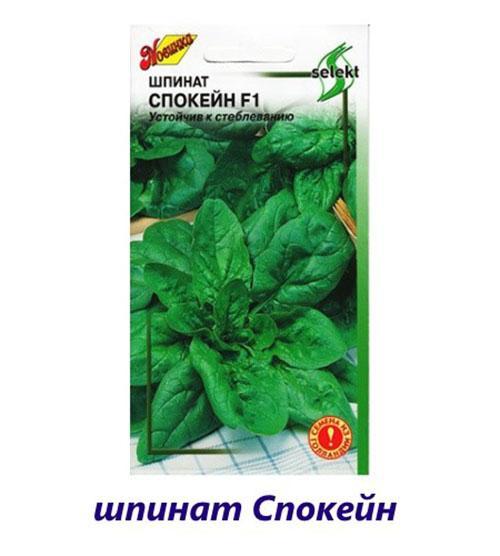 One of the best high yielding hybrids. 65 days pass from seed germination to the first harvest, so it is sown in the spring or in the middle of summer. Used primarily for outdoor cultivation.

Bushes are small, up to 15 cm in height with a width of no more than 11 cm. Each leaves a maximum of ten leaves, but large. They are light green and oval in shape. The surface of the leaves is covered with small waves, and the rosette itself slightly disintegrates.

Spokane spinach, with its modest size, will delight you with a high yield. The weight of one bush is 40 g, and from 1 square. m. you can collect up to 3 kg of leaves. They can be eaten both fresh and heat-treated..

The advantages of a hybrid are:

It should be noted that the yield and immunity of the plant decrease with improper watering and lack of lighting..

Basella is a versatile plant for home growing 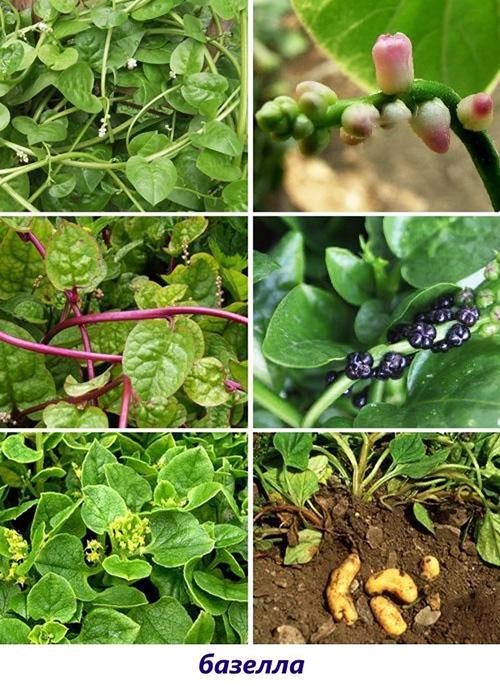 We should also mention curly spinach. This is often called Malabar spinach or basella – a beautiful climbing vine. The length of its shoots can reach 1.5 m. Wrinkled leaves in the shape of a heart are located along their entire length. Basella grows rapidly, blooms with nondescript white-pink small flowers and even bears fruit. The fruits are like small black berries..

Curly spinach is grown most often in the open field as an annual, for the purpose of landscaping the site. You can also transplant the bushes into pots for the winter and take them into the house.

In addition to its beautiful decorative appearance, the vine is also useful. Young leaves are in no way inferior to the taste of ordinary spinach growing in the garden. But basella has something that the latter does not have – delicious tubers formed on underground shoots. True, they grow only in tuberous basella.. 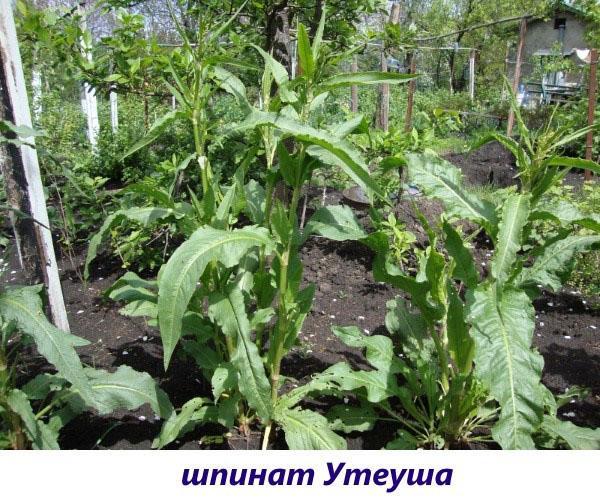 Among the varieties of spinach, there is a species that will delight you with the harvest and will not cause trouble. Perennial spinach Uteusha is an extraordinary culture, obtained by breeders on the basis of broadleaf sorrel. It looks and tastes more like sorrel. Bushes can exceed 1.5 m in height and grow in one place for more than 10 years. Not a single spinach variety will please with such an abundance of deciduous mass. Its leaves are large, similar to long triangles, with a pleasant sour taste..

Perennial spinach grows quickly and will give its first crop within 25 days after planting. Spring frosts are not terrible for him, the plant is not demanding for soil and lighting. Even a lack of moisture is not able to destroy the plant. But the crop can be removed up to 3 times per season. And this is without additional feeding. The main thing is not to miss the moment while the leaves are young. However, the old, tough for people, foliage will be eaten with pleasure by pets from the subsidiary farm..

As you can see, the types and varieties of spinach are different. If you have the time and opportunity to water your garden beds, choose one-year-old spinach. For those who rarely visit the country, Uteusha spinach is more suitable. Plant and Enjoy Vitamin Greens!

Strawberry spinach in the garden – video